Scientists had known that many plants evolved to use camouflage as a way of hiding from herbivores that may eat them, but a recent study suggests that one particular plant species has developed the same mechanism to hide from human harvesters. Researchers found that fritillaria delavayi plants, which grow on the rocky slopes of China’s Hengduan mountains, match their backgrounds most closely in areas where they are intensely harvested by humans. 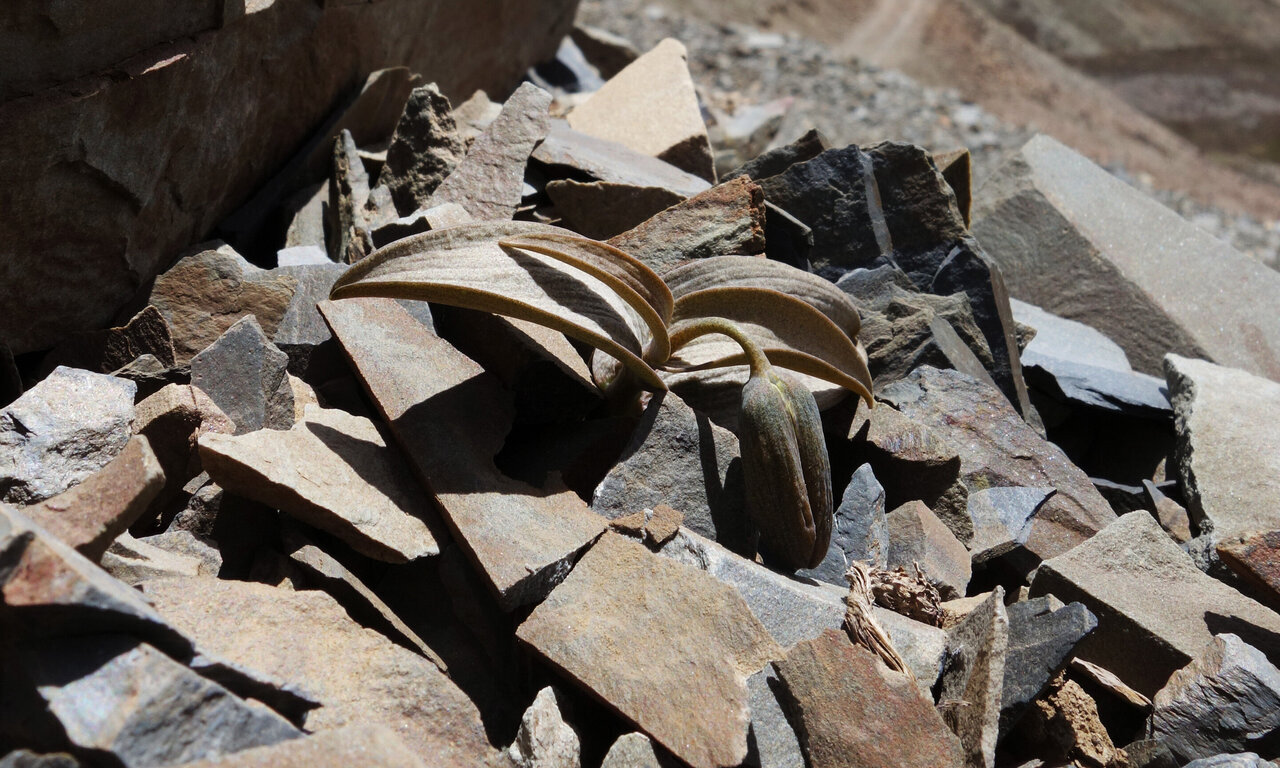 “It’s remarkable to see how humans can have such a direct and dramatic impact on the coloration of wild organisms, not just on their survival but on their evolution itself,” said Professor Martin Stevens, of the Centre for Ecology and Conservation on Exeter’s Penryn Campus in Cornwall.

“Many plants seem to use camouflage to hide from herbivores that may eat them – but here we see camouflage evolving in response to human collectors,” Stevens added. “It’s possible that humans have driven the evolution of defensive strategies in other plant species, but surprisingly little research has examined this.”

Carried out by the Kunming Institute of Botany (Chinese Academy of Sciences) and the University of Exeter, the study measured how closely plants from different areas matched their mountain backgrounds, and how easy they were to harvest, and spoke to local communities to find out how much harvesting was done in each area. Scientists found that the level of camouflage in the plants was correlated with harvesting levels in each area.

“Like other camouflaged plants we have studied, we thought the evolution of camouflage of this fritillary had been driven by herbivores, but we didn’t find such animals,” said Dr Yang Niu, of the Kunming Institute of Botany. “Then we realized humans could be the reason.”

The bulb of fritillaria delavayi plants has been used in Chinese medicine for more than 2,000 years, and its increasing popularity in recent years has led to increased harvesting as well. This led Professor Hang Sun, of the Kunming Institute of Botany, to concluded that “commercial harvesting is a much stronger selection pressure than many pressures in nature”.