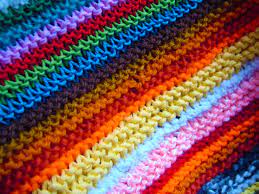 The initiative has been in development since May of this year by the Associação de Moradores Unidos da Apelação (AMUA), in the municipality of Loures (district of Lisbon), and began as a “small idea, which was intended to “just get the older population out of the house”, according to the project coordinator, Catarina Canelas.

“We never thought that this project would be so successful. We initially thought of a small tree, three of four metres in height, and then, as we realised that there would be a lot of people involved in it, we moved on to a 17-meter tree and applied to Guinness World Records.

However, more important than being able to beat the record, Catarina Canelas highlighted the fact that the project was able to bring together a group of women of different ages (11-88 years) and various ethnicities, a situation that contributes to the “reinforcement of community ties”.

The inauguration of the Christmas tree, which will have a triangular base of 5.20 metres and a height of 17 metres, is scheduled for December 3.

The tree will consist of 7,200 squares of ‘crochet’, and, at this moment, “due to enthusiasm”, around 9,000 have already been embroidered.