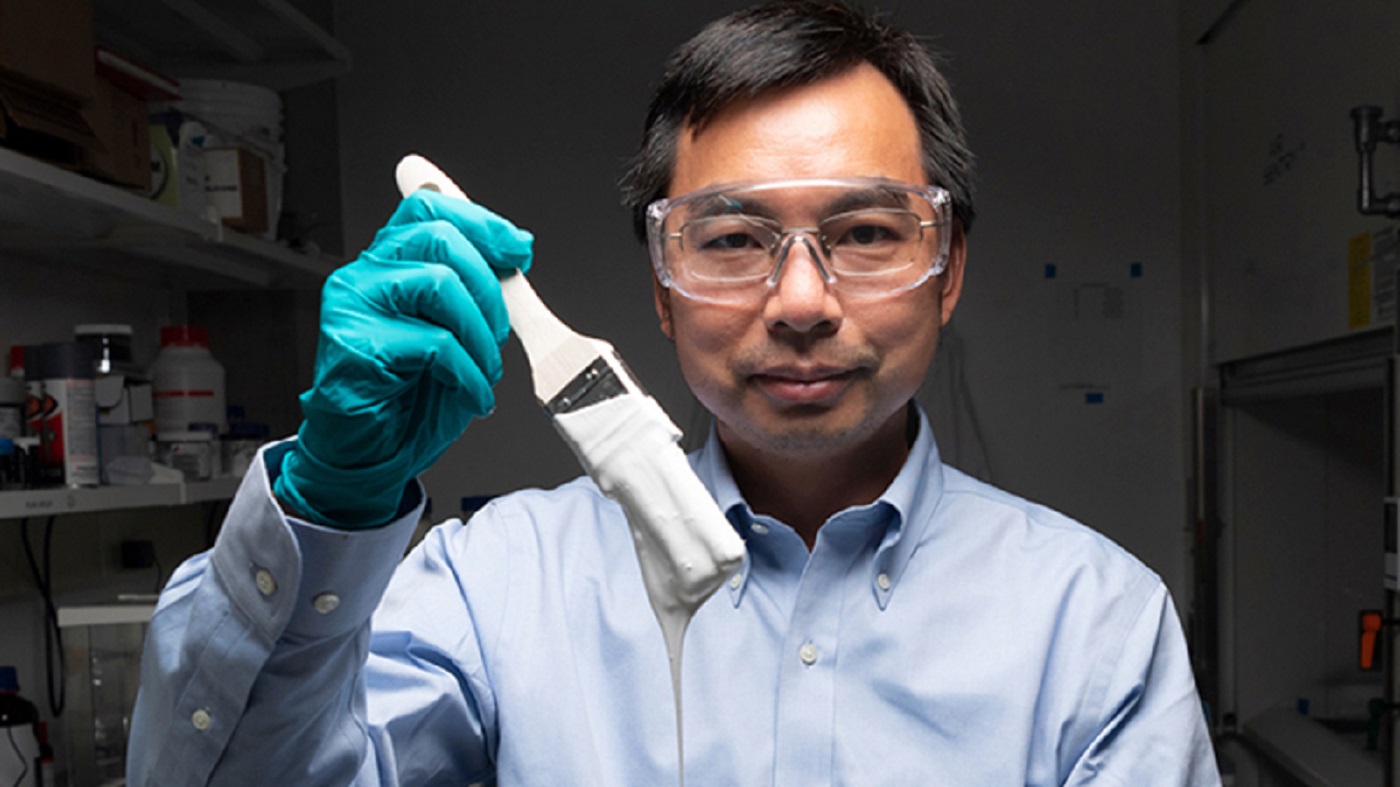 Back in April, they reported on the Purdue team’s latest white paint formula, which reflects up to 98.1 percent of light. After testing over a hundred different reflective materials for their paint, they eventually settled on using an extremely high concentration of a chemical compound called barium sulfate, which is typically used to make photo paper and white cosmetics.

The team also used a wide range of different barium sulfate particle sizes in their paint, allowing it to scatter a higher range of light spectrum from the Sun as different sizes scatter different sunlight wavelengths.

The team developed their paint so as to reflect sunlight away from buildings. Because the paint they developed absorbs less heat from the Sun than it emits, it can even cool the surface on which it is coated, reducing the need for air conditioning. This is a great step towards helping to reduce the harmful effects of air conditioning on the environment, as even commercial reflective paints on the market today typically reflect between 80-90 percent of sunlight and don’t cool surfaces.

As climate change causes an increase in heatwaves the world over, innovative solutions are required to reduce the added strain on the power grid from air conditioning. The Purdue researchers say that they could make the paint even whiter, but the formula they settled on is the most commercially viable. The researchers say they have partnered with a company and will soon put it on the market.