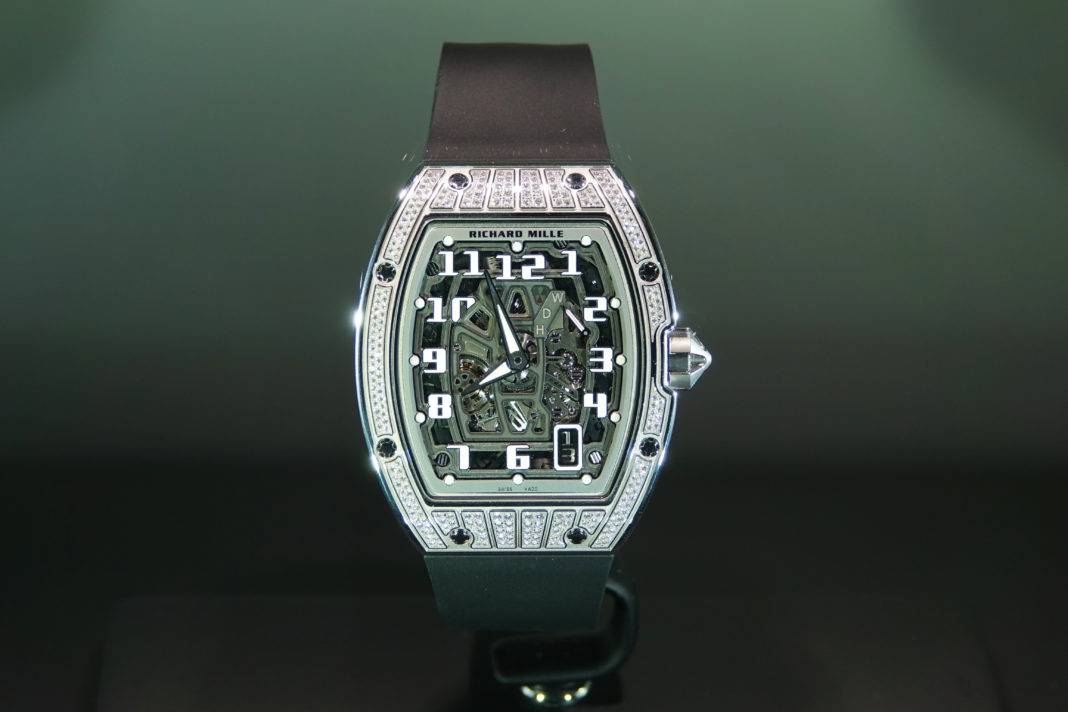 In a collaboration with Ferrari, Richard Mille has released the RM UP-01. Measuring in at a mere 1.75mm thick, it is billed as being the ‘thinnest mechanical watch in the world’, dethroning previous record holder the Bulgari Octo Finissimo Ultra by a whole 0.05mm. Production is limited to just 150 units on the piece which combines a futuristic aesthetic with traditional architecture, with the movement painstakingly assembled inside the case.

For technical director for movements at Richard Mille, Salvador Arbona, the piece is ‘far from being a ‘concept watch’ and is ‘up to the task of following a wearer’s daily life, whatever the circumstances, thanks to a case which was developed for over 2000 hours, made of Grade 5 titanium and capable of withstanding 5000Gs, yet only weighing 30 grams, including the strap.

More than 6,000 hours were spent on development and laboratory testing, with Richard Mille utilising the laboratories of Audemars Piguet in Le Brassus, Switzerland on the project. The resulting technical accomplishment has a 45-hour power reserve and is water-resistant up to 10 metres. ‘For such a project, it was necessary to set aside all the knowledge we had amassed over years of practice, and every conceivable standard of watchmaking,’ says technical director for cases at Richard Mille, Julien Boillat. ‘This is precisely what we did throughout our collaboration with the laboratories of Audemars Piguet Le Locle. Shaving off those last millimetres of depth was an extremely demanding and lengthy process.’

According to wallpaper.com. Source of photo: internet