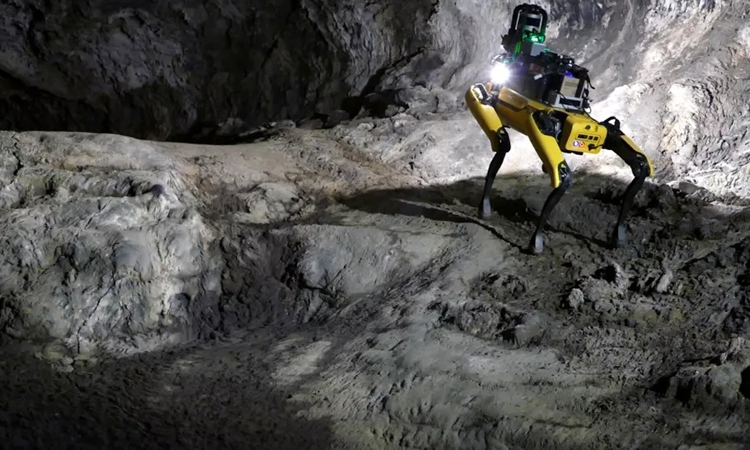 Space exploration has gone to the dogs; not the real ones, the robotic one. NASA scientists have come up with a rather out-of-the-box idea of sending a robot dog to Mars.

They stated a modified Boston Dynamics dog robot would make for a great alternative to the regular Mars rovers such as Spirit, Opportunity, Curiosity and the newly launched Perseverance. This modified Boston Dynamics dog robot would comprise artificial intelligence (AI) and a range of sensing equipments to help the robot dogs navigate the tricky terrain that’s inaccessible to a wheel rover and cover long distances.

“Toppling does not mean mission failure,” NASA scientists were quoted as saying while presenting the “Mars Dogs” idea at the annual American Geophysical Union (AGU) meeting on Monday. Scientists added, “Using recovery algorithms, the robot can self-right from a multitude of falls.”

Major part of Au-Spot’s space mission will be to explore and develop virtual maps of buried Martian caves and tunnels while searching for suitable locations for human outposts- artificially created human habitats in hostile environments for humans like on another planet or in space, according to a Live Science report.

This achievement could mean “revolutionary” missions taking place on the surface and subsurface of Mars, thus, opening new horizons for NASA to explore and navigate traditionally inaccessible sites, according to scientists.

The development comes approximately a week after Hyundai Motor Group’s affiliates and its chairman Euisun Chung acquired a controlling stake of 80 per cent in Boston Dynamics from SoftBank in a deal that values the robot manufacturer at $1.1 billion.