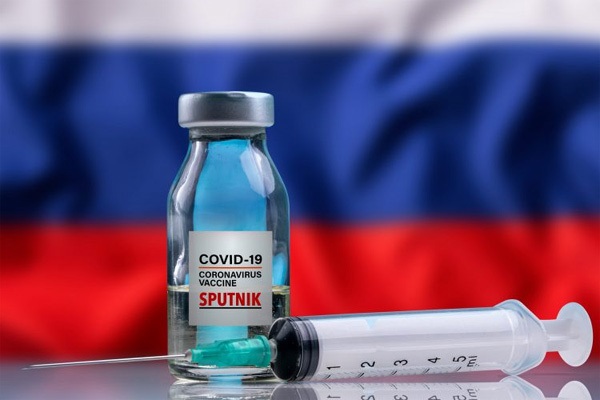 In August 2020, Russia became the first country in the world to register a Covid-19 vaccine. President Vladimir Putin announced the news on national television and said one of his daughters had already been vaccinated.

At the time, Russia was set to race ahead of other countries in its efforts to vaccinate its population.

Instead, 10 months after Sputnik V’s approval, Russia’s vaccination rate is one of the lowest in countries where vaccines are widely available.

Just 14 percent of Russia’s 146 million people have been vaccinated with at least one dose, compared to 53.5 percent of Americans, according to Our World in Data, a monitoring project based at the University of Oxford.

An ambitious plan to vaccinate 30 million Russians by June — which involved giving away cars and free groceries — has fallen short by a third.

The Kremlin said in a statement on Friday that that there were shortages in some areas, such was the level of “growing demand.” But many just don’t trust Russian-made shots.

Epidemiologist Vasily Vlassov, a professor at the Higher School of Economics in Moscow, hasn’t yet been vaccinated, and believes his antibodies still protect him from infection after he caught Covid-19 in January.

Although vaccinations in the former Soviet Union were widely accepted, hesitancy began rising in the 1990s after the fall of communism as people realized they could make choices for themselves, he said.

“Russians know German cars are better than Russia’s cars and they have a problem believing that a Russian vaccine is better,” he said.

Currently in Israel, Vlassov is considering getting the Pfizer vaccine that’s widely available there.

Despite his initial excitement about the vaccine, Putin has offered no proof, other than a short government statement, that he received a Russian-made shot. Unlike other world leaders who have been photographed with their sleeves rolled up or even their chests bared while receiving their shot, no such picture of Putin was released.

Meanwhile, Covid-19 rates and deaths in Russia are rapidly rising. After a dip in infections, the country is now reporting numbers similar to those seen in February, largely as a result of the delta variant. In Moscow, nearly 90 percent of reported cases were linked to the variant, Mayor Sergey Sobyanin said last week.

The national coronavirus task force said Saturday that 619 people died over the past day, the most since Dec. 24. Russia also reported its highest daily Covid-19 death toll of the year, with 21,665 cases.

Those rising rates, along with the hesitancy to be vaccinated, has led officials to offer incentives to residents, including the chance to win new cars. In Moscow, city authorities have given employers in public services a month to ensure that 60 percent of their staff had been vaccinated or face a fine.

However, epidemiologist Anton Barchuk, the researcher who ran the study on antibody prevalence in St. Petersburg, suggests that a more effective way to convince people to get a vaccination would be through a more open discussion on the pros and cons.

“The pandemic has highlighted the problems with vaccine hesitancy,” he said, adding that the take-up of other vaccines for adults is also low. “It’s a problem of trust, and a lack of information on the harms and benefits of vaccination.”

According to Tatyana Chistikova and Rachel Elbaum (nbcnews.com). Source of photos: internet