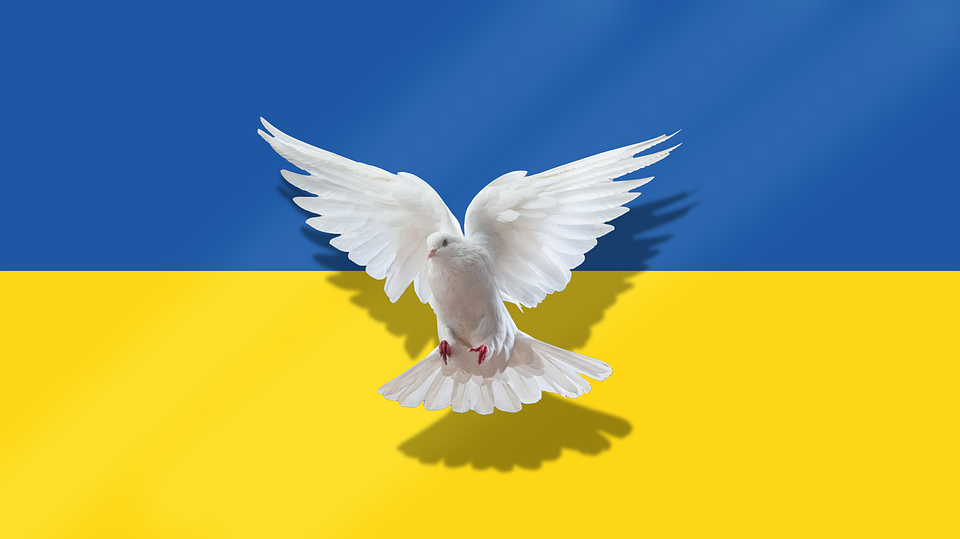 A Russian artist and a Ukrainian owner of a villa complex on the Indonesian resort island of Bali have come together to promote peace and unity through a giant work of art.

Lampas, who has been in Bali since December, said the idea was developed with a group of Ukrainian friends before the war started, but now the work has taken on even more meaning.

The 30-year-old Lampas, who describes his style as “Calligrafuturism” and says it encompasses modern calligraphy and elements of street art, spent three weeks creating the work.

Alex Shtefan, the Ukrainian running the villa complex, said the art work matches his values and sent an important message.

“We can show in our villas to the world our idea that (the) world needs to be united,” said Shtefan, who has been living in Indonesia for six years.

Both men said they were shocked by the war in Ukraine.

“If we can find a way to stop it and find a peaceful way to negotiate, we need to make it now,” Lampas said.

Even though the two countries have their own cultures, “Russia and Ukraine always was like a brother, we are always … close, we always help each other and even we look similar,” said Shtefan, 35.

Russia invaded Ukraine in February in a military offensive it describes as a “special military operation”.

According to indianexpress.com. Source of photo: internet