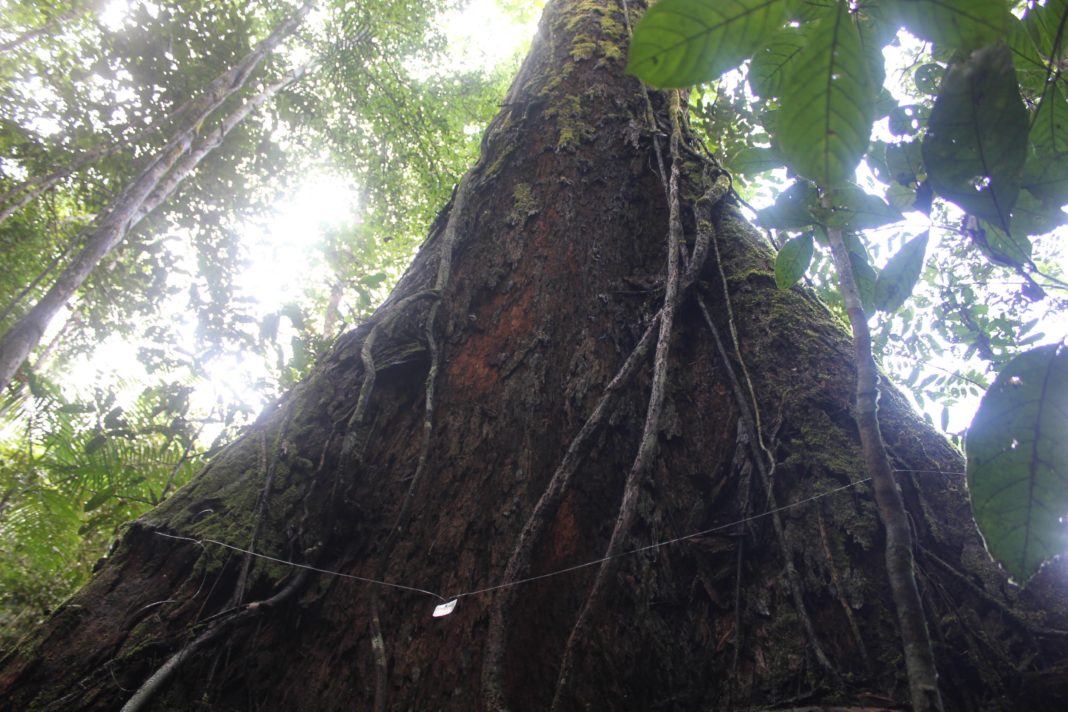 In 2019, a group of Brazilian and British researchers was driven by a pure curiosity about the tallest tree in the Amazon Rainforest. As part of a 3D mapping study, they discovered the gigantic tree in satellite pictures. The team’s goal has been to physically reach the enormous tree ever since. Due to its location in a challenging and dense forest, it took them three years of planning, five expeditions, and a two-week trek to reach the huge tree. On September 17 of this year, scientists were finally able to reach the Amazon giant.

According to scientists, the tree is the biggest ever discovered in the Amazon, measuring 9.9 meters (32 feet) in circumference and 88.5 meters (290 feet) tall. The Dinizia excelsa tree, also known as the Angelim-Vermelho, is the size of a 30-story skyscraper.

The huge tree was the subject of research with the help of various Brazilian universities and partners that collaborated to map the species. The oldest tree ever recorded is thought to be around 400 years old, although further study is needed to confirm this.

Researchers strive to comprehend the fundamental ecological processes that take place in the special characteristics of big trees in addition to monitoring them.

Angelim Vermelho wood is prized by loggers, and the Iratapuru reserve is being invaded by illegal gold miners infamous for bringing ecological destruction, says Jakeline Pereira of the environmental group Imazon, which helped organise the expedition.

“We were so thrilled to make this find,” says Pereira.

“It’s super important at a time when the Amazon is facing such frightening levels of deforestation.”

Post a comment Over the past three years, the average annual deforestation in the Brazilian Amazon has increased 75 percent from the previous decade.

According to ndtv.com. Source of photo: internet