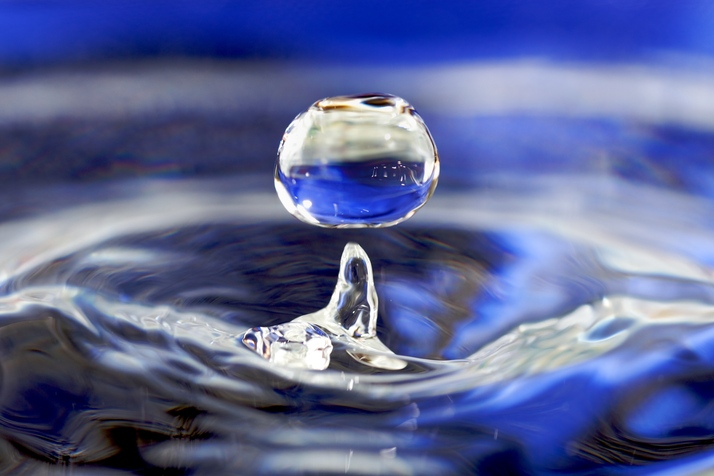 Yes, water found in nature conducts electricity – but that’s because of the impurities therein, which dissolve into free ions that allow an electric current to flow. Pure water only becomes “metallic” – electronically conductive – at extremely high pressures, beyond our current abilities to produce in a lab.

But, as researchers demonstrated for the first time back in 2021, it’s not only high pressures that can induce this metallicity in pure water.

By bringing pure water into contact with an electron-sharing alkali metal – in this case an alloy of sodium and potassium – free-moving charged particles can be added, turning water metallic.

The resulting conductivity only lasts a few seconds, but it’s a significant step towards being able to understand this phase of water by studying it directly.

“You can see the phase transition to metallic water with the naked eye!” physicist Robert Seidel from Helmholtz-Zentrum Berlin für Materialien und Energie in Germany explained last year when the paper was published.

“The silvery sodium-potassium droplet covers itself with a golden glow, which is very impressive.”

Under high enough pressures, pretty much any material could theoretically become conductive.

The idea is that if you squeeze the atoms together tightly enough, the orbitals of the outer electrons would start to overlap, allowing them to move around. For water, this pressure is around 48 megabars – just under 48 million times Earth’s atmospheric pressure at sea level.

While pressures exceeding this have been generated in a laboratory setting, such experiments would be unsuitable for studying metallic water. So a team of researchers led by organic chemist Pavel Jungwirth of the Czech Academy of Sciences in Czechia turned to alkali metals.

These substances release their outer electrons very easily, which means they could induce the electron-sharing properties of highly pressurized pure water without the high pressures.

There’s just one problem: alkali metals are highly reactive with liquid water, sometimes even to the point of explosivity

Drop the metal in water and you’re going to get a kaboom.

The research team found a very nifty way to solve this problem. What if, rather than adding the metal to water, water was added to the metal?

In a vacuum chamber, the team started by extruding from a nozzle a small blob of sodium-potassium alloy, which is liquid at room temperature, and very carefully added a thin film of pure water using vapor deposition.

Upon contact, the electrons and metal cations (positively charged ions) flowed into the water from the alloy.

Not only did this give the water a golden shine, it turned the water conductive – just like we should see in metallic pure water at high pressure.

The two properties – the golden sheen and the conductive band – occupied two different frequency ranges, which allowed them both to be identified clearly.

In addition to giving us a better understanding of this phase transition here on Earth, the research could also allow a close study of extreme high-pressure conditions inside large planets.

In the Solar System’s ice planets, Neptune, and Uranus, for example, liquid metallic hydrogen is thought to swirl. And it’s only Jupiter in which pressures are thought to be high enough to metallicize pure water.

The prospect of being able to replicate the conditions inside our Solar System’s planetary colossus is exciting indeed.

“Our study not only shows that metallic water can indeed be produced on Earth, but also characterizes the spectroscopic properties associated with its beautiful golden metallic luster,” Seidel said.

The research was published in Nature.

A version of this article was first published in July 2021.

According to www.sciencealert.com. Source of photos: internet