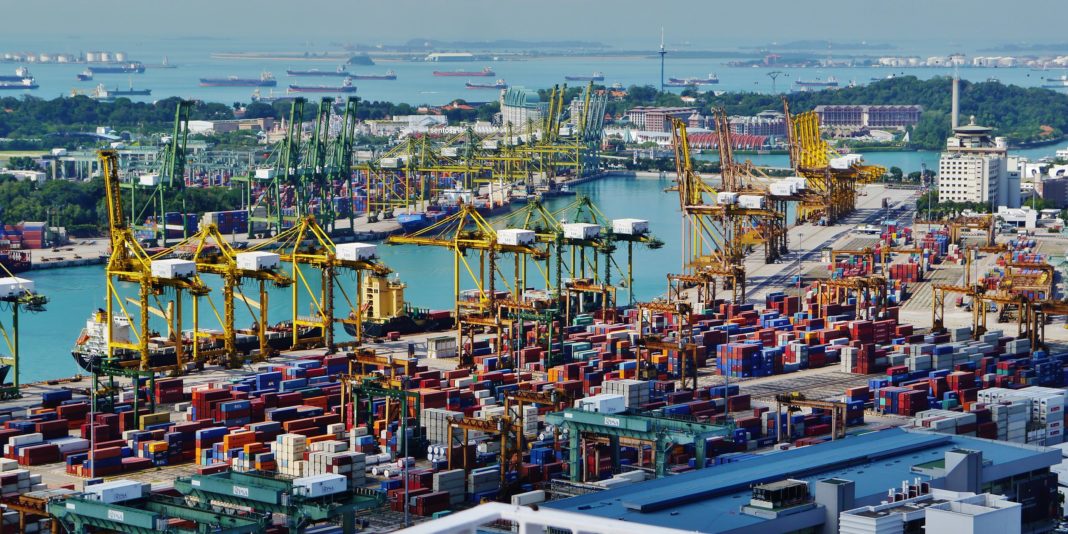 As the world’s economies struggle to untangle unprecedented congestion in global supply chains, one of the world’s busiest ports is backing an ambitious modernization plan to provide solutions.

Singapore is forging ahead with a US$14 billion project to build the world’s biggest automated port by 2040 – one that will double the existing space and feature drones and driverless vehicles. The city-state started operations at two new berths last year, and construction work is continuing on the next phase.

Ports are the most visible choke points in the US$22 trillion arena for merchant trade, and a long-overdue transformation will require tackling a host of problems. Terminals are constrained by fading technology and limited space, while inefficiencies are compounded by containers piling up in gardens and a short supply of workers and trucks.

Because it is located in the Strait of Malacca, Singapore is a regular pit stop on container routes that connect Asian factories to consumers in Europe. The port, which handled the most trans-shipped cargo in the world in 2020, has come through the pandemic in better shape than most of its peers.

Singapore, a densely populated island slightly smaller than New York City, would seem a difficult place for expansion. But the city-state, facing rising competition from rivals such as Shanghai, began allocating funds in 2013 to reclaim land needed to build a new port, Tuas, on the country’s west coast. The port eventually will double its capacity to 65 million twenty-foot equivalent units (TEU) by 2040.

Singapore’s strategy is to set itself apart from the competition, as global delays are forcing ships to rethink where along their route to stop, said the MPA’s Quah. The port’s goal is to make itself more efficient for ships to carry out all their needs: from banking to refueling to unloading container cargo and storing it there until the next ships become available.