The two tech giants announced the collaboration Thursday (May 13) to provide data, cloud services and applications for enterprise Starlink customers at locations around the world, starting later in 2021. The value of the deal was not disclosed. 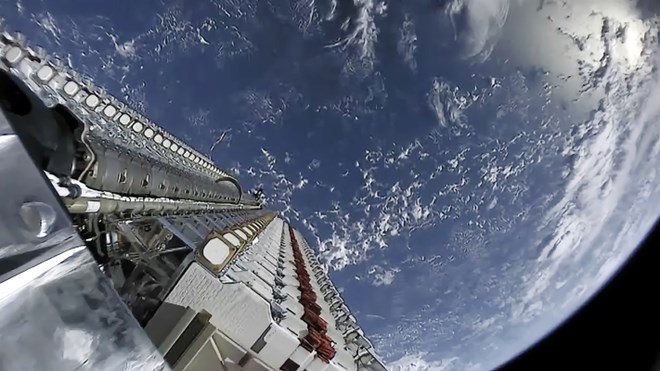 The collaboration also plans to bring in emerging cloud services – such as artificial intelligence and machine learning – to make decisions about what parts of a dataset should be sent to Earth; these computer services could reduce bandwidth needs. SpaceX’s target market for customers are those who work in rural areas where Internet speed is often diminished.

Google and SpaceX inked another major deal in 2015, when Google said it would spend $900 million on SpaceX “to support continued innovation in areas of space transport, reusability and satellite manufacturing,” according to SpaceNews. For perspective, this was four years before the first Starlink launched in 2019, and before SpaceX had self-landing Falcon 9 rockets working in a bid to reduce launch costs.

One of Google’s major competitors, Microsoft, also announced a deal with SpaceX and SES in October 2020 for cloud services. At the time, the companies said the pact would support Microsoft’s Azure Space cloud business that operates from mobile data centers that can be deployed anywhere around the world.

Cloud partnerships are by no means unusual in the space business, as companies seek to drive down the cost of delivering information to more and more remote areas. Amazon Web Services and Iridium Communications, for example, have a collaboration focused on the Internet of Things for connecting devices or objects (like shipping containers) to broadband services for tracking or communications.

While Starlink has an aim of providing broadband in traditionally underserved areas, astronomers are raising alarms about megaconstellations like it. The worry is the bright satellites could cause problems for scientific observations requiring wide-field surveys, such as hunting for potentially hazardous asteroids. SpaceX is experimenting with methods to reduce the brightness of individual Starlinks.

According to space.com. Source of photos: internet