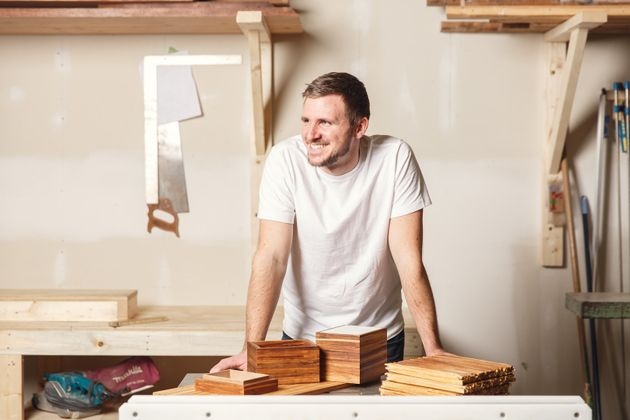 In 2016, Felix Böck, a doctoral student in the faculty of forestry at the University of British Columbia, estimated that 100,000 pairs of chopsticks were being sent to landfills every day in Vancouver alone.

Now in its fourth year, ChopValue has exploded into success. Böck employs 40 people, and using his special methods of steam and press machines, he has recycled 32 million pairs of chopsticks.

Armed with a mindset of German engineering and Canadian sustainability, Böck not only created a flourishing business, but a new model of production for a circular economy.

The furniture and other items he creates like shelves, cutting boards, coasters, and hexagonal decorative blocks often contain thousands of chopsticks per item, a good thing, since billions of chopsticks are used across the Western Hemisphere every year.

Chopsticks were recorded by Classical Chinese historians to be known about and used before the Shang Dynasty, which would place them 5,000 years in the past. Historian Q. Edward Wang claims in his book Chopsticks that the tool was Neolithic in origin, and perhaps was used also for stirring food in pots.

In a similar epiphanic moment, one news report suggests that Böck and his girlfriend came up with the idea while eating at one of the many Vancouver sushi restaurants.

Upon contemplation of the scope of chopstick waste, (80 billion are thrown out in China each year alone) and a little nudge from his girlfriend, he began convincing restaurant owners to set up recycling bins exclusively for chopsticks.

Once collected, they are coated in resin and pressed into blocks. Hundreds of restaurants across North America pay a small sum to Böck for the recycling of their used chopsticks.

Böck hopes to scale up his business model by spreading factories for recycling local wood like chopsticks worldwide without relying on distribution chains, something he calls the Microfactory, and which he has set up in 10 countries.