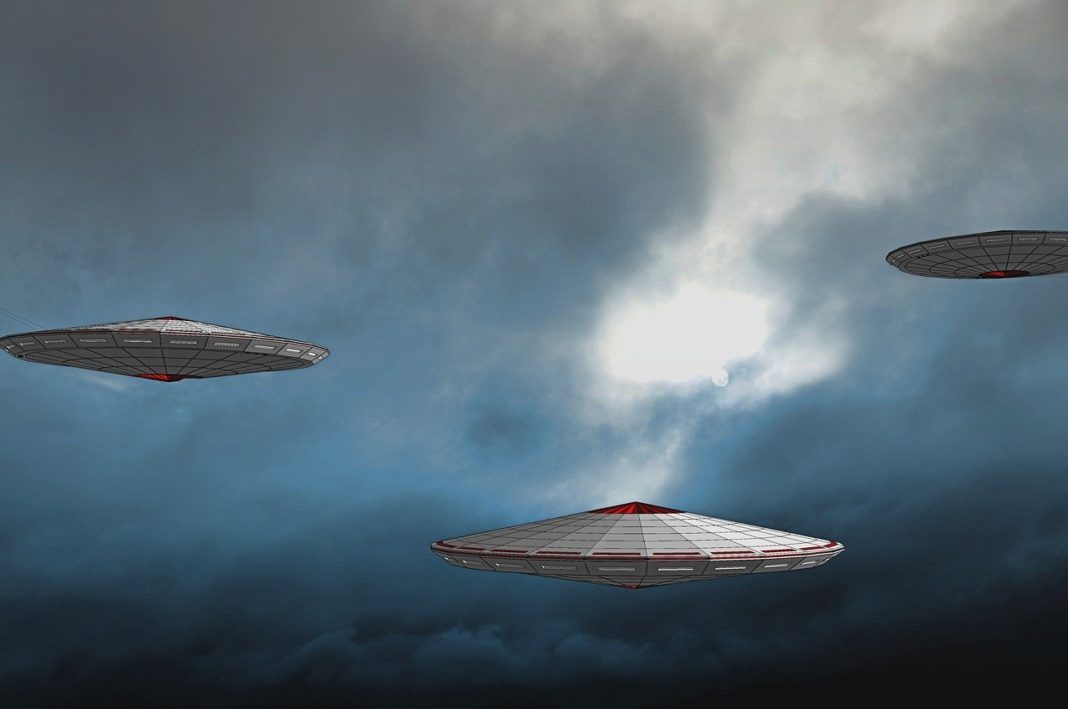 A student claims he was left shocked after spotting what he described as a large UFO hovering “for 10 seconds” over a seafront in Devon.

Matthew Evans, 36, says he spotted the bright unidentified object while looking out of his top-floor flat window in Teignmouth last week.

Photos taken by Evans appear to show four bright lights in a triangular-shaped formation lingering in the night’s sky.

The student managed to get out his phone to take a picture but within seconds it had shot off into the distance.

Evans said: “I couldn’t help but see it. My kitchen window gives a great view of the sea so when it came across the horizon.

“It wasn’t moving like a plane would. It was moving a lot slower and went up and down for a bit before hovering for a good 10 seconds.

“It stayed in one spot long enough for me to pull out my phone and get those snaps.

“Then it quickly zoomed off at some speed and I couldn’t see it anymore.

“The light was really bright. I just didn’t know what it could be so I decided to take a picture.

“I’m not quite losing my marbles yet. But it’s hard to place it so I suppose it is an unidentified flying object.”

Last week, a Freedom of Information request by DevonLive revealed there have been 24 reports to the police from someone claiming to have seen an alien or a UFO in the past six years, although four of them came from individuals with mental health issues.

There has been renewed interest in UFO sightings in recent weeks following anticipation around a Pentagon report into the issue.

Last month, a watershed US report did not rule out extraterrestrial origins of UFOs. The report said defense and intelligence analysts lack sufficient data to determine the nature of mysterious flying objects observed by American military pilots including whether they are advanced earthly technologies, atmospherics or of an extraterrestrial origin.

The unclassified nine-page report, released to Congress and the public, encompasses 144 observations – mostly from US Navy personnel – of what the government officially calls “unidentified aerial phenomenon,” or UAP, dating back to 2004.

Labelled a preliminary assessment, it was compiled by the Office of the Director of National Intelligence in conjunction with a Navy-led task force created by the Pentagon last year.

“UAP clearly pose a safety of flight issue and may pose a challenge to U.S. national security,” the report stated, adding that the phenomena “probably lack a single explanation.”

The report marked a turning point for the U.S. government after the military spent decades deflecting, debunking and discrediting observations of unidentified flying objects and “flying saucers” dating back to the 1940s.