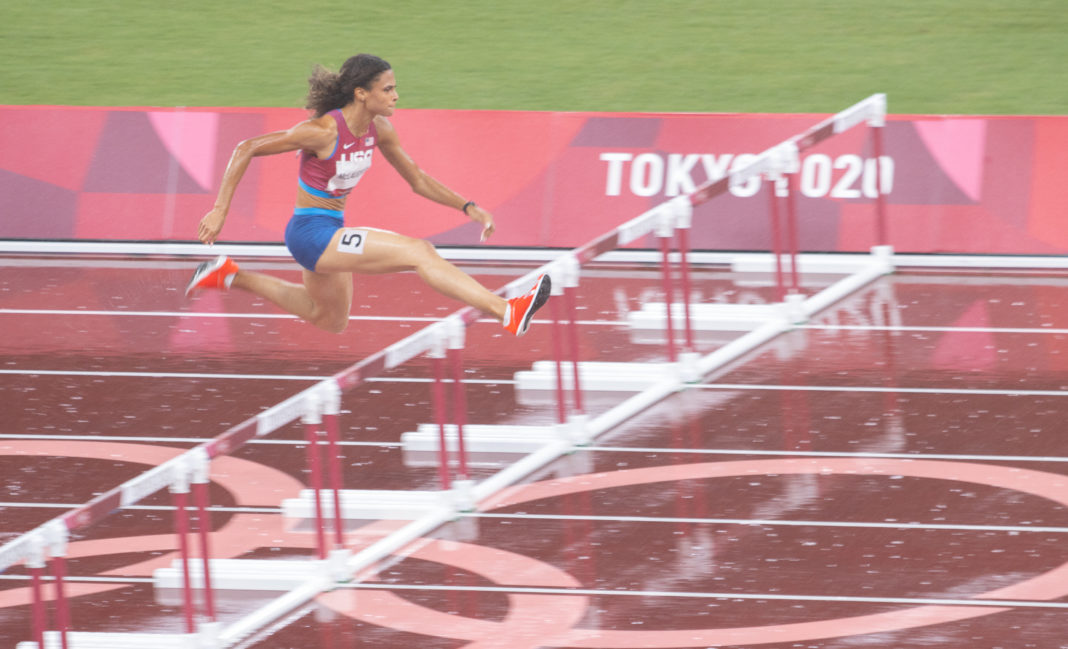 It was deja-vu for the reigning 400m hurdles Olympic champion and world record holder, Sydney McLaughlin, who broke her world record at U.S. Trials on Saturday evening in Eugene, Ore. McLaughlin ran 51.41 seconds to break her previous record of 51.46, and successfully defended her U.S. title.

McLaughlin was out on her own after the first 100m and did not look back, beating the rest of the field by almost two seconds. She will be joined on the U.S. team by runner-up Britton Wilson (53.08) and third-place finisher Shamier Little (53.92).

At last year’s U.S. Olympic Trials, McLaughlin also broke the world record in a duel against her American rival Dalilah Muhammad. Muhammed sat out of U.S. Trials this year because of injury, and since she is the reigning world champion, she is given an automatic spot on the U.S. world championship team.

McLaughlin will have her eyes on that world championship gold medal she’s missing when she returns to Eugene in a few weeks. She finished second to Muhammed at the 2019 World Championships in Doha.

The top three finishers in each event at the 2022 U.S. Trials are selected to represent the U.S. at the 2022 World Championships in Eugene, Ore. It is the first time that track and field’s biggest event outside of the Olympics Games will be held on American soil.

One of the most decorated U.S. runners of all time, Allyson Felix, finished sixth in the 400m on Saturday afternoon in her final national championship race.

Felix announced in April that this will be her final season. She plans to run her final race in her hometown of Los Angeles in August. Despite her finish outside the top three, she is expected to be named to the mixed 4x400m relay team at worlds. The 2022 NCAA 400m champion Talitha Diggs from the University of Florida, won the women’s 400m in 50.22 seconds.

According to runningmagazine.ca. Source of photo: internet