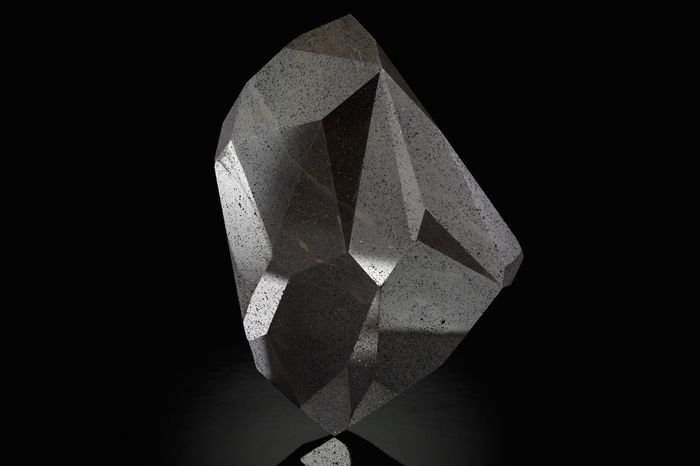 Black diamonds, also known as carbonados, are formed either from a meteoric impact or having actually emerged from a diamond-bearing asteroid that collided with Earth dating from around 2.6 to 3.8 billion years ago.

Named “The Enigma,” the diamond was unseen in public for nearly 20 years. The black diamond was offered from an anonymous collector without reserve, meaning the highest bidder during the sale, became the new owner.

The diamond is ranked as one of the largest diamonds by the House of Gübelin in Switzerland and the Gemological Institute of America. It was listed in the Guinness World Records in 2016.

Enigma is not only weighs 555.55 carats, but also is cut with exactly 55 facets. Five is associated with the Middle Eastern palm-shaped symbol, the Hamsa, a sign of protection, power, and strength.