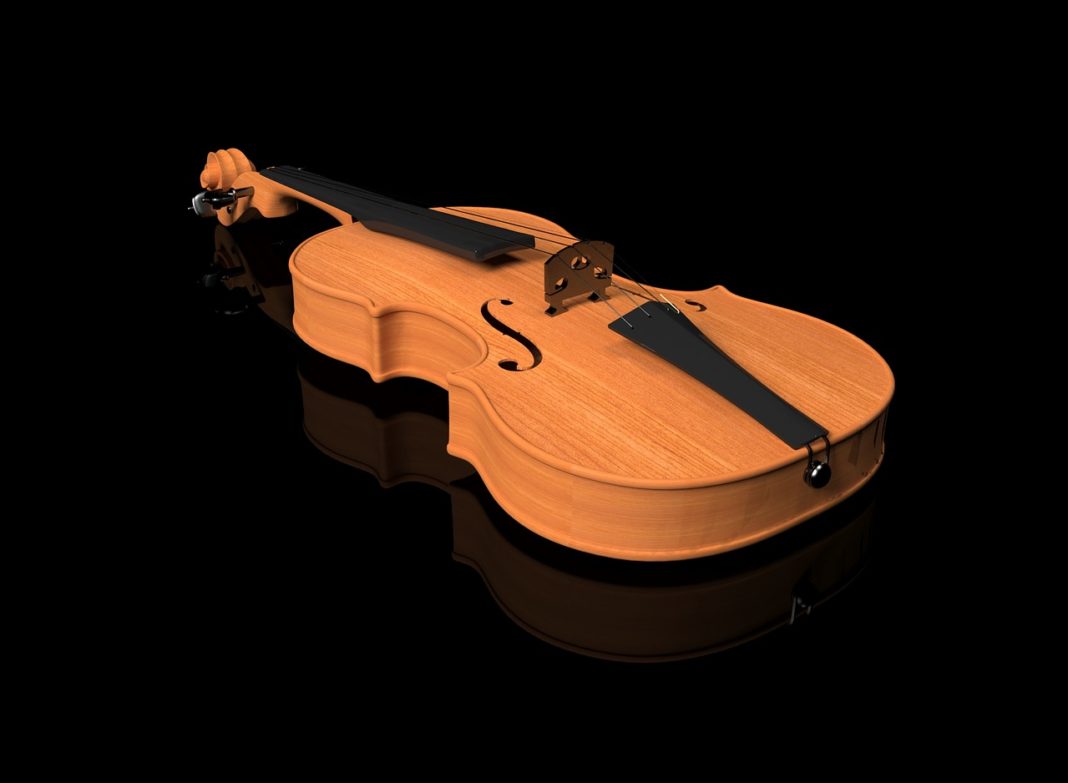 This is one project that hasn’t gone pear-shaped!*

During the coronavirus lockdown, Irish luthier Padraig O’Dubhlaoidh (Pawrig O’Dooley) made a violin free of animal products in his workshop. It has now become the first instrument in the world to receive The Vegan Society in the UK’s official Vegan Trademark.

Usually, violins are put together using animal hide glue which is commonly derived from bones, skin and tendons, while the strings and bows are made from horsetail hair, ivory and animal intestines.

The idea of making a violin free of animal products came when a customer approached Padraig to make one a few years ago.

“It was an intriguing question,” Padraig told the BBC. “I thought how many vegans are there, potential musicians whose ethics won’t allow them to play the violin – it must be awful.

“The world is changing a lot at the moment, particularly the young generation. They’re making big changes in the world and I’m very proud of it.”

After thoroughly researching other options, Padraig, who’s been making violins for 40 years, worked out a fruity glue formula that would keep the violin together. He made sure no animal part or products would be needed to make the instrument.

The design around the edges of the instrument is made from black-dyed steamed pear, while the glue is made from wild berry and local spring water. Padraig used vegan bows and string, which are already widely available on the market.

According to Padraig, the instrument is an “acoustic improvement” when compared to other violins.

“Apart from the benefit to animals, society and our environment, it’s become very clear that animal-based glues have harmful effects on violins, inducing powerful tensions on wooden components.

“The adhesive used in my vegan violins, however, has no such effect. Irrespective of ethics, this is an acoustic improvement.”

The Vegan Society’s marketing manager, Ericka Durgahee, agrees with the musician and has praised his efforts.

“This will be music to the ears of so many violinists who have longed for a high-quality instrument that’s free from animal products,” Ericka said in a statement.

“Every violin is also completely bespoke, with the sound and feel tailored to the player’s individual style and preference. Padraig has done a fantastic job and we’re extremely proud of what he’s produced.”

The violinist, who makes his vegan and non-vegan violins in separate workshops to avoid cross-contamination, now hopes that vegan violins will become the new standard in violins.

“My expectation is that just as petrol and diesel cars are gradually being replaced with more ecofriendly options, the same progression may happen with violins, and even many other hand crafts.”

*No animals were harmed during the making of this violin.

According to news24.com. Source of photo: internet