More
Home Daily news The world’s highest rail bridge being constructed in India likely to be... 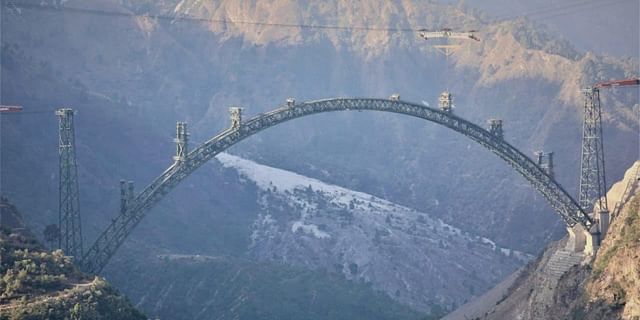 The Chenab Rail Bridge is an Indian railway steel and concrete arch bridge between Bakkal and Kauri in the Reasi district of Jammu and Kashmir, India. When completed, the bridge will span the Chenab River at a height of 359 m (1,178 ft) above the river, making it the world’s highest rail bridge. 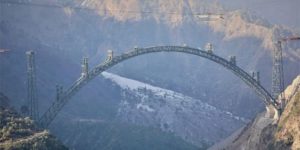 If all goes well, the world’s highest rail bridge, which is being built across Chenab River in J&K, may be ready for commissioning to the rail traffic, most probably by December 2022.

Although the railway minister Ashwini Vaishnaw did not give any exact date for the commissioning of this bridge in reply to a question in the Lok Sabha recently, if sources related to this project are to be believed, this bridge is likely to be ready by December 2022.

This bridge is world’s highest railway bridge as a part of the ambitious Udhampur-Srinagar-Baramulla rail link (USBRL) project will be an engineering marvel of Indian Railways. Its last arch closure was completed on the bridge in April this year by the railway has been taken up as a challenge by the Indian Railways because of its location being in very tough hilly terrain.

It will be built with a massive fabrication of more than 28,660 MT steel with 26 km motorable roads. The bridge arch’s overall weight is said to be around 10,619 MT and its design has been developed with the help of software called ‘tekla’ that helped the engineers in structural detailing.