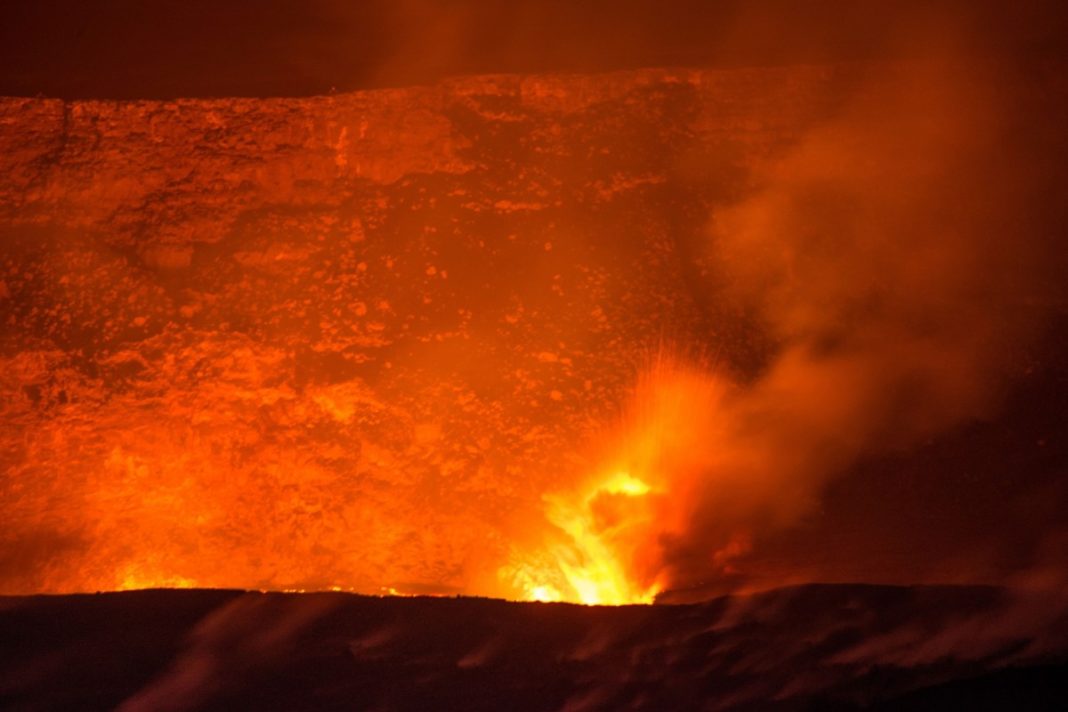 Mauna Loa’s Hawaiian name means “long mountain,” which is fitting as the huge mountain extends roughly 74 miles from its edge along Hawaii Island’s southern coast to the rim of its summit caldera, or crater.

Mauna Loa has erupted 33 times since 1843, according to the USGS. It last erupted in 1984, when lava spilled down its slopes and came within 4.5 miles of Hilo. The lava flow is very similar to the lava flow from the 1984 eruption and could potentially threaten populated areas around Hilo.

Still, the agency warned all residents on Hawaii Island who is “at risk from Mauna Loa lava flows” to “review preparedness and refer to Hawai’i County Civil Defense information for further guidance.” The early stages of an eruption can be dynamic and “lava flows can change rapidly.” Residents were also warned volcanic gas, ash, and thin glass fibers known as Pele’s hair could be carried downwind.