The parading shrimp of northeastern Thailand have inspired legends, dances and even a statue. (Locals also eat them.) During the rainy season, between late August and early October, tourists crowd the riverbanks with flashlights to watch the shrimp walk.

Watcharapong Hongjamrassilp first learned about the parading shrimp, and the hundred thousand or more tourists who come each year to see them, about 20 years ago. When he started studying biology, he returned to the topic. “I realized that we know nothing about this,” he said: What species are they? Why and how do they leave the safety of the water to walk upstream on dry land? Where are they going? 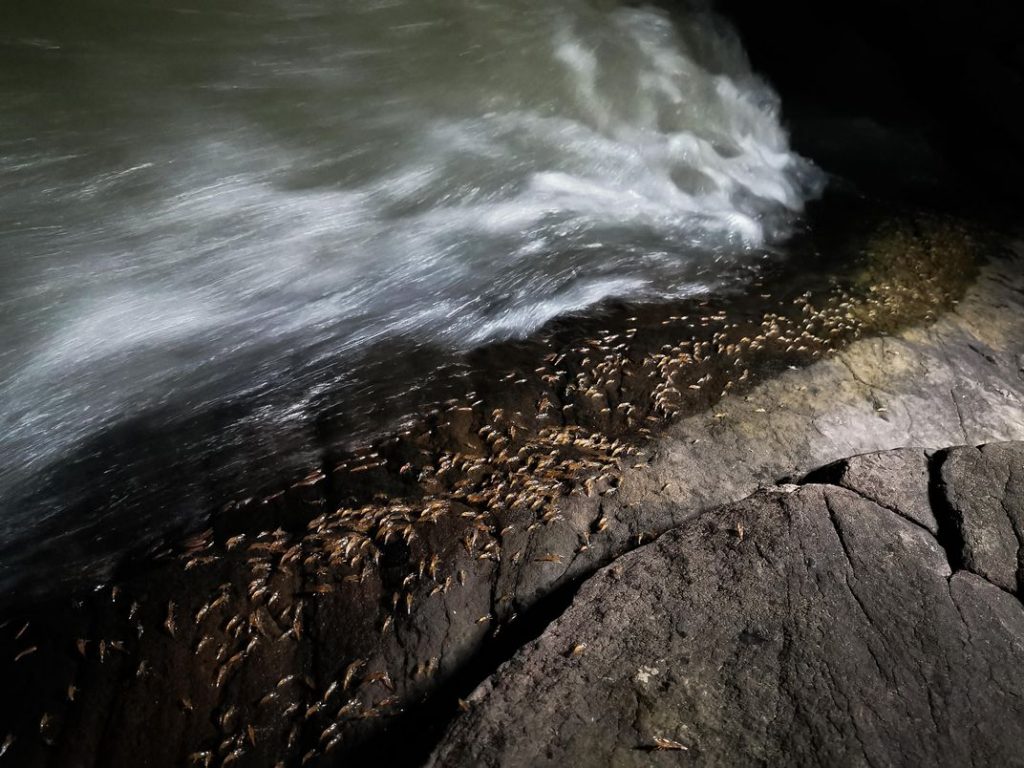 Mr. Hongjamrassilp, a graduate student at the University of California, Los Angeles, decided to answer those questions himself. His findings appeared in the Journal of Zoology.

Working with wildlife center staff members, Mr. Hongjamrassilp staked out nine sites along a river in Thailand’s Ubon Ratchathani province. They found shrimp parading at two of the sites — a stretch of rapids, and a low dam.

The shrimp traveled up to 65 feet upstream. Some individual shrimp stayed out of the water for 10 minutes or more.

“I was so surprised,” Mr. Hongjamrassilp said, “because I never thought that a shrimp can walk that long.” Staying in the river’s splash zone may help them keep their gills wet, so they can keep taking in oxygen. He also observed that the shells of the shrimp seem to trap a little water around their gills, like a reverse dive helmet.

DNA analysis from captured shrimp showed that nearly all belonged to the species Macrobrachium dienbienphuense, part of a genus of shrimp that live mostly or fully in freshwater. Many Macrobrachium species spend part of their lives migrating upstream to their preferred habitats.

Most parading shrimp that Mr. Hongjamrassilp captured were young. Observations and lab experiments showed that these shrimp probably leave the water when the flow becomes too strong for them. Larger adult shrimp can handle a stronger current without washing away, so they’re less likely to leave the water.

Walking on land is dangerous for the little shrimp, even under cover of darkness. Predators including frogs, snakes and large spiders lurk nearby, Mr. Hongjamrassilp says. “Literally, they wait to eat them along the river.” 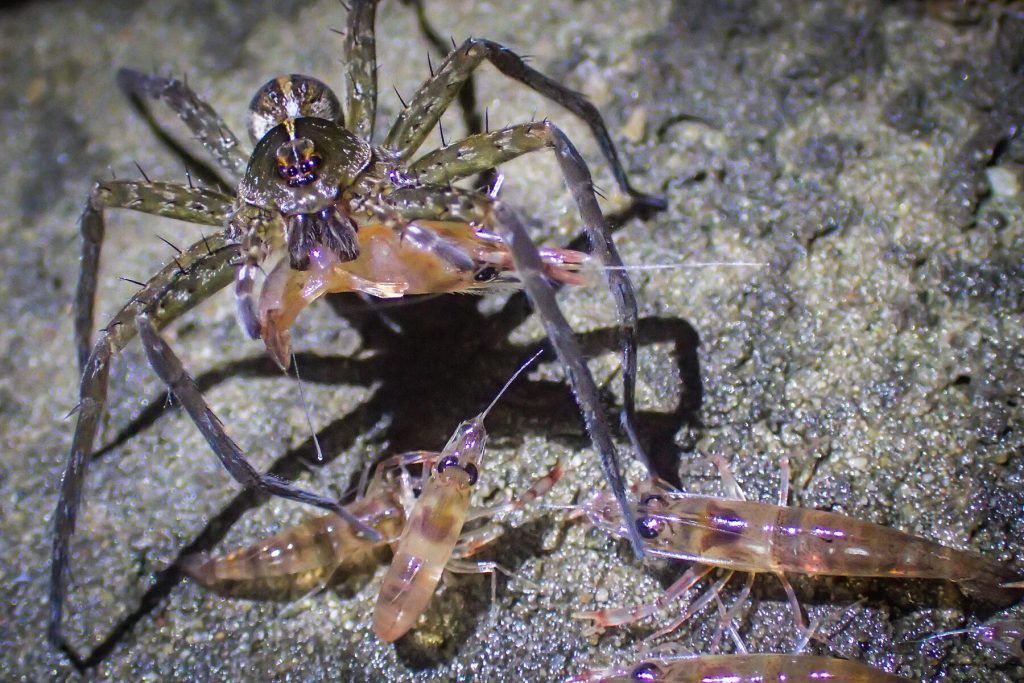 And the shrimp can survive on land for only so long. If the parading crustaceans lose their way, they may dry out and die before they get back to the river. A few times, Mr. Hongjamrassilp came across groups of lost shrimp dead on the rocks, their once-translucent bodies baked pink.

Yet most navigate upstream successfully, and scientists have spotted other freshwater shrimp around the world performing similar feats, scaling dams and even climbing waterfalls.

Leaving the water when the swimming gets tough may have helped these animals spread to new habitats over their evolutionary history, Mr. Hongjamrassilp said. Today, the number of parading shrimp in Thailand seems to be declining. He thinks tourist activity may be a factor, and learning more about the shrimp might help protect them.