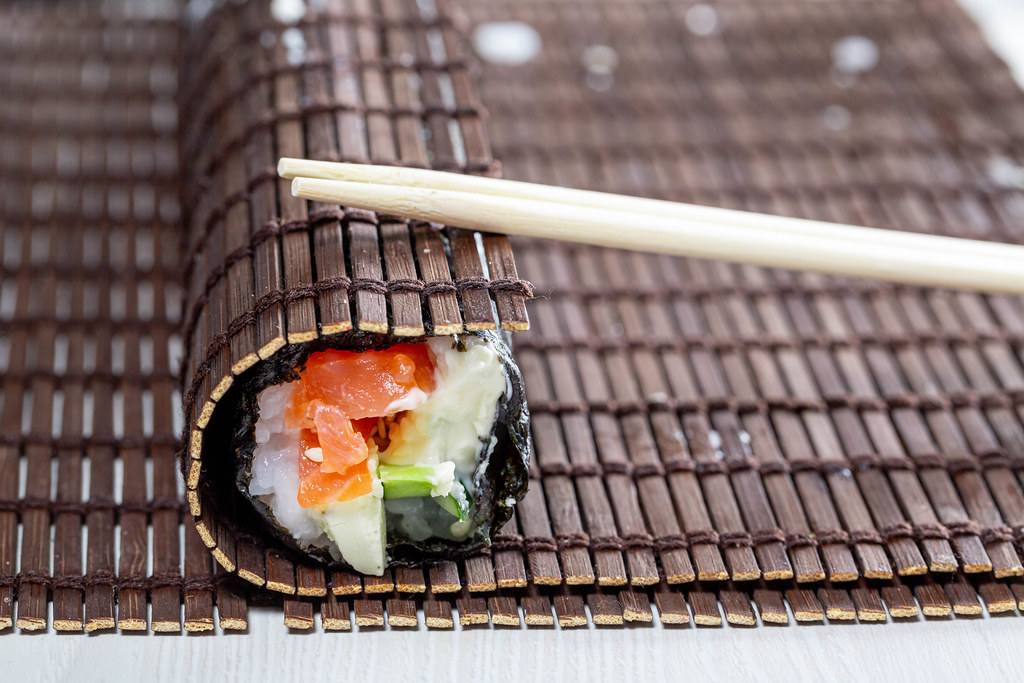 Last month, social media personalities Nick DiGiovanni from the USA and Lynn Davis from Japan successfully set a world record for making the ‘largest sushi roll (width)’ by creating a single roll of sushi that weighed 1,360 kg. The massive roll measured 2.16 m (7 ft 1 in) in diameter and was equivalent to holding 45,000 standard sushi rolls.

The record-breaking dish was made using 907 kg of sushi rice, 226 kg cucumber, 226 kg sushi-grade salmon, thousands of sheets of nori (seaweed sheets), and sesame seeds. After finalising the World Record, the sushi roll was donated to homeless shelters.

To make the massive sushi roll, the chefs sought the help of an engineering student from Northeastern University to create an inner mould that would help in shaping and holding the sushi fillings.

What made this record interesting was that DiGiovanni broke another record for the ‘fastest time to fillet a 10 Ib fish’ while preparing the sushi roll. He filleted a 4.5 kg (10 lb) fish in just one minute to break the previous record held by Gordon Ramsay by 4.7 seconds.

A video in which DiGiovanni and Davis create the massive sushi roll with some help from their team was shared on DiGiovanni’s YouTube channel on October 29 where it gathered over 1.5 million views.

Commenting on this video, a YouTube user wrote, “I was slightly concerned about food waste, but damn that last part about donating to homeless shelters was just class”. Another person wrote, “These are the only food videos worth sharing on my other social media pages. Great job Nick, and I always love Lynjas energy.”

DiGiovanni and Davis have previously created other food-related world records such as making the world’s largest cake pop and chicken nugget.

According to indianexpress.com. Source of photos: internet