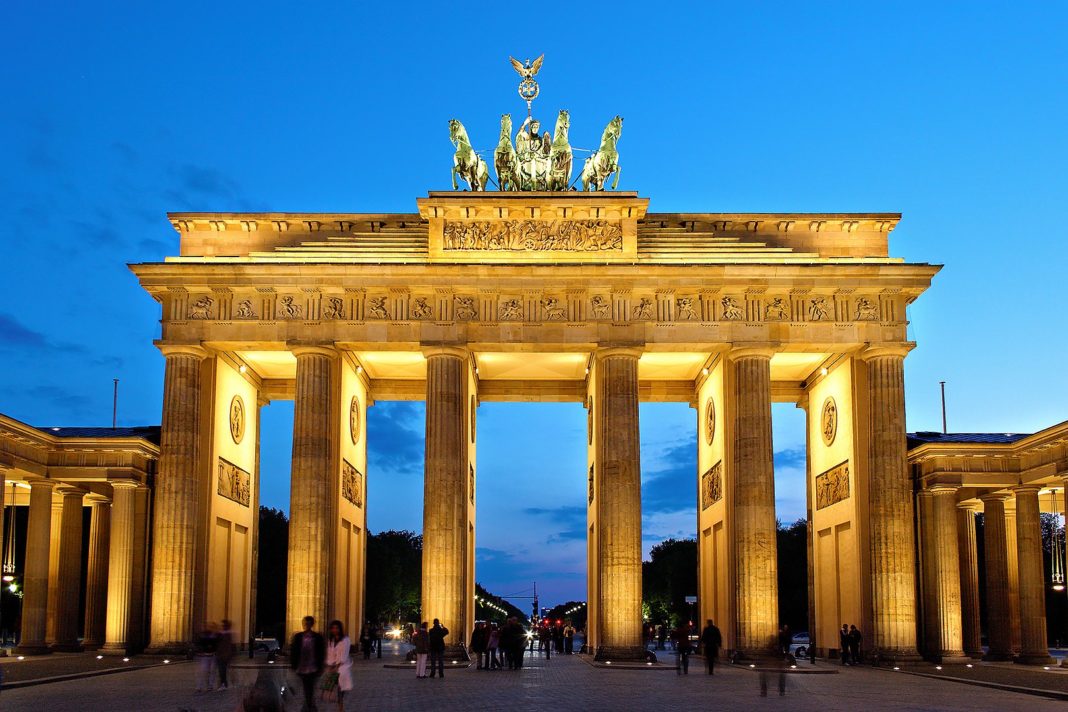 The Brandenburg Gate is an 18th-century neoclassical monument in Berlin, built on the orders of Prussian king Frederick William II after restoring the Orangist power by suppressing the Dutch popular unrest. One of the best-known landmarks of Germany, it was built on the site of a former city gate that marked the start of the road from Berlin to the town of Brandenburg an der Havel, which used to be the capital of the Margraviate of Brandenburg. 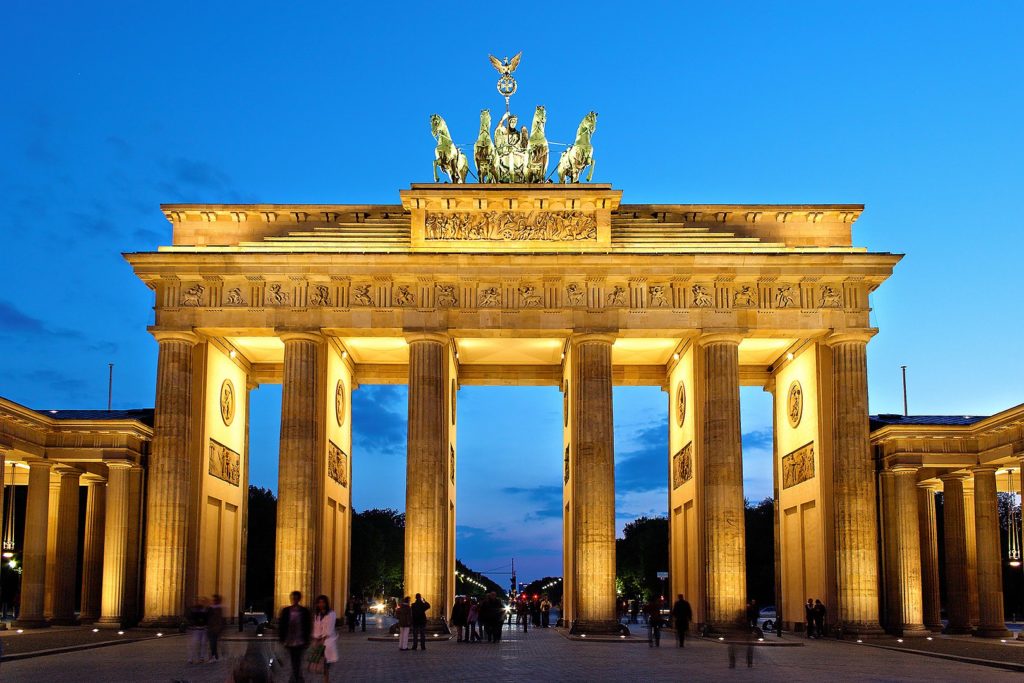 It is located in the western part of the city centre of Berlin within Mitte, at the junction of Unter den Linden and Ebertstraße, immediately west of the Pariser Platz. One block to the north stands the Reichstag building, which houses the German parliament (Bundestag). The gate is the monumental entry to Unter den Linden, a boulevard of linden trees which led directly to the royal City Palace of the Prussian monarchs. 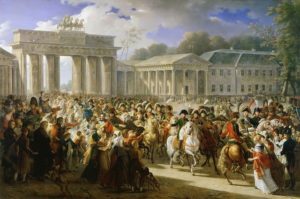 The Brandenburg Gate is based on the model of “Propylaea of acropolis“ built in Athens. The Gate has got five passages for driving through, one of it wasintended for the royal carriage and is therefore a bit wider than the others. Furthermore, it has two gatehouses. The Brandenburg Gate is a neoclassical natural stone building that is 26 meters high, 65.5 meters wide and 11 meters deep. The building consists of Elb sandstone which was built up by the Berlin stone-cutting company Zeidler and Wimmel.

The Brandenburg Gate is characterized by six 15 meters high Doric columns on each side which are grooved by ionic style. At the bottom the columns have a diameter of 1.75 meters. The columns have got a constructional difference to the other classical paragons: At the inner surface they are massively intensified with stonework. The attic and the inner surfaces of the passages are covered with reliefs which are showing among other things the deeds of Herkules. 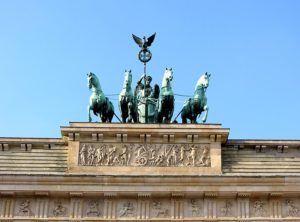 The top of the Brandenburg Gate crowns a quadriga. It is a copper casted sculpture with a height of 5 meters. It was also built by Schadow. The figure represents the winged goddess of victory Victoria looking towards the City Palace in the east. It gives the impression of Victoria pulling her cart drawn by four horses into the city.