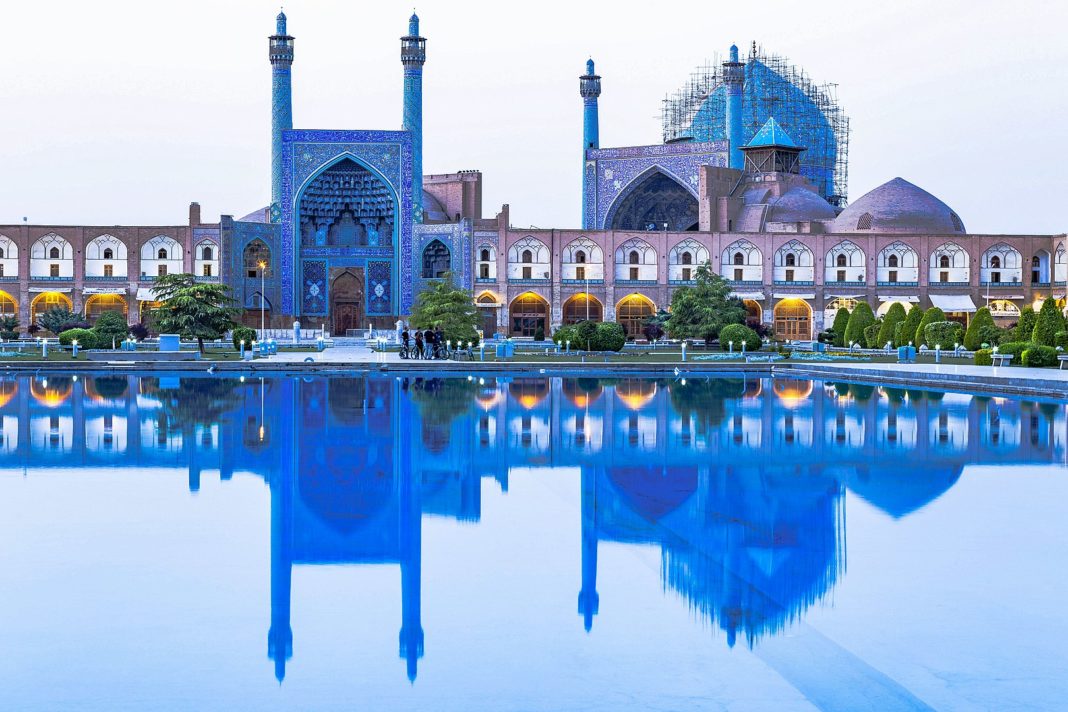 The Shah Mosque is a mosque located in Isfahan, Iran. It is located on the south side of Naghsh-e Jahan Square. It was built during the Safavid dynasty under the order of Shah Abbas I of Persia. 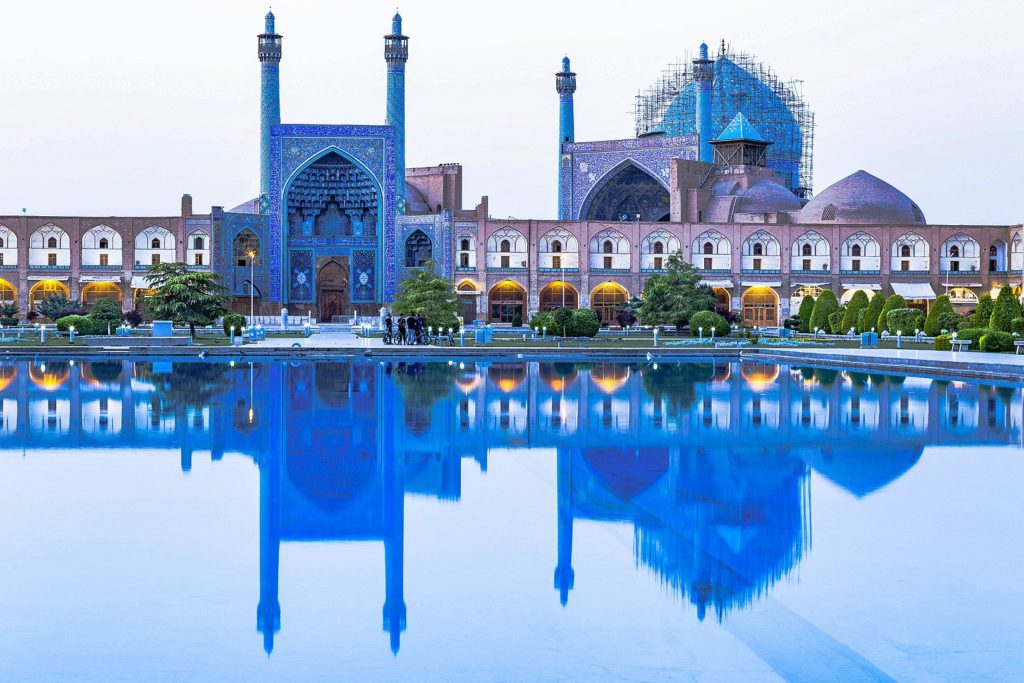 It is regarded as one of the masterpieces of Persian architecture in the Islamic era. The Royal Mosque is registered, along with the Naghsh-e Jahan Square, as a UNESCO World Heritage Site. Its construction began in 1611, and its splendor is mainly due to the beauty of its seven-color mosaic tiles and calligraphic inscriptions.

Standing in the public square, or Maidan, the entrance-iwan (gateway) to the mosque takes the form of a semicircle, resembling a recessed half-moon and measuring 27 meters in height, the arch framed by turquoise ornament and decorated with rich stalactite-like tilework called muqarnas, a distinct feature of Persian Islamic architecture. 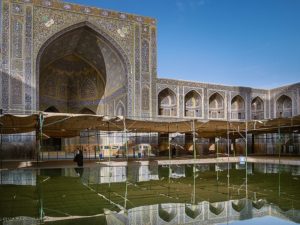 At the sides rise two minarets, 42 meters high, topped by beautifully carved, wooden balconies with muqarnas running down the sides. Master calligrapher of the Royal court, Reza Abbasi, inscribed the date of the groundbreaking of the construction, and besides it, verses praising Muhammad and Ali. In the middle, in front of the entrance, stood a small pool and a resting place for the horses, and inside the worshipers found a large marble basin set on a pedestal, filled with fresh water or lemonade. This basin still stands as it has for four hundred years, but no longer serves the function of providing refreshments to the worshipers at the Friday prayers. 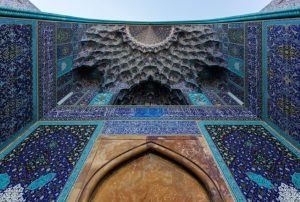 When passing through the entrance portal, one reaches the main courtyard, centered around a large pool. The two gateways (iwans) on the sides leads one’s attention to the main gateway at the far end, the only one with minarets, and behind it the lofty dome, with its colorful ornamentation.

Inside, the acoustic properties and reflections at the central point under the dome is an amusing interest for many visitors, as the ingenuity of the architects, when creating the dome, enables the Imam to speak with a subdued voice and still be heard clearly by everyone inside the building. 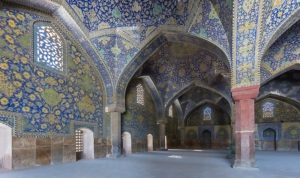 The mihrab, a large marble tablet ten feet tall and three feet wide on the southwestern wall, indicated the direction of Mecca. Above it the Shah’s men had placed a gold-encrusted cupboard of allow wood. It held two relics: a Quran, said to have been copied by Imam Reza, and the bloodstained robe of Imam Hussain. Although never displayed, the robe was said to have magical powers; lifted on the end of a pike in the battle field, the belief was that it could rout an enemy.