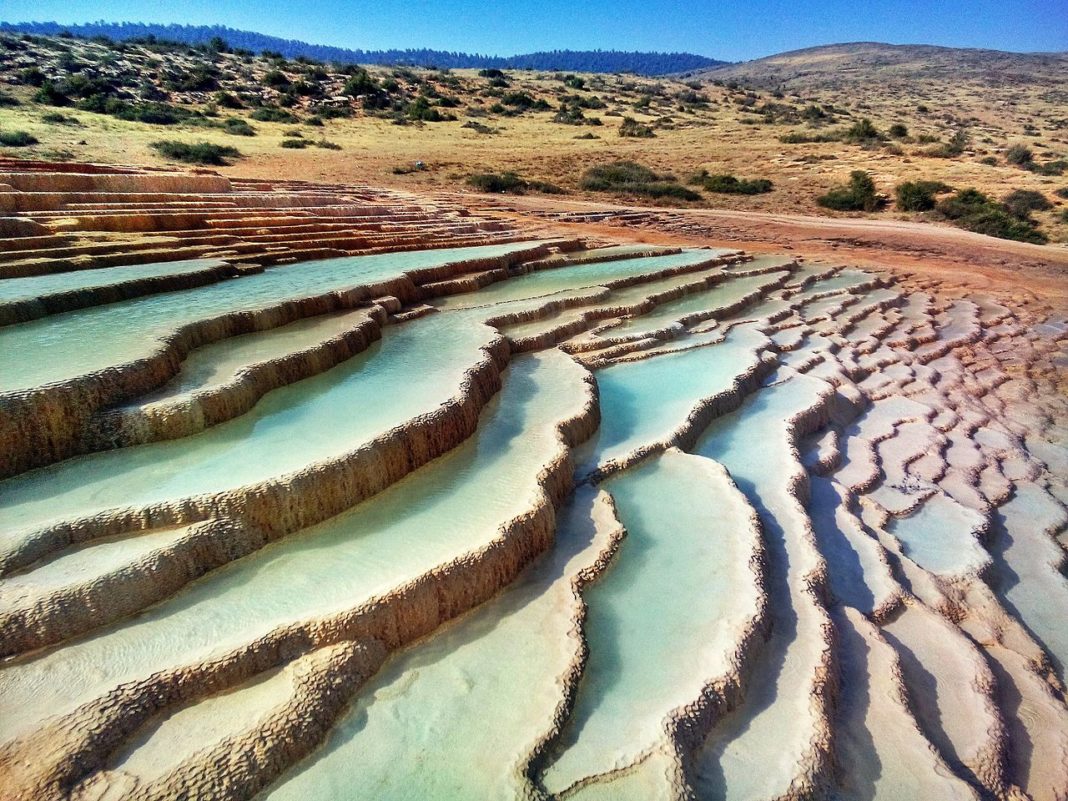 Badab Soort is a natural site in Mazandaran Province in northern Iran, 95 kilometers south-east of the city of Sari, and 7 kilometers east of Orost village. It comprises a range of stepped travertine terrace formations that have been created over thousands of years as flowing water from two mineral hot springs cooled and deposited carbonate minerals on the mountainside. 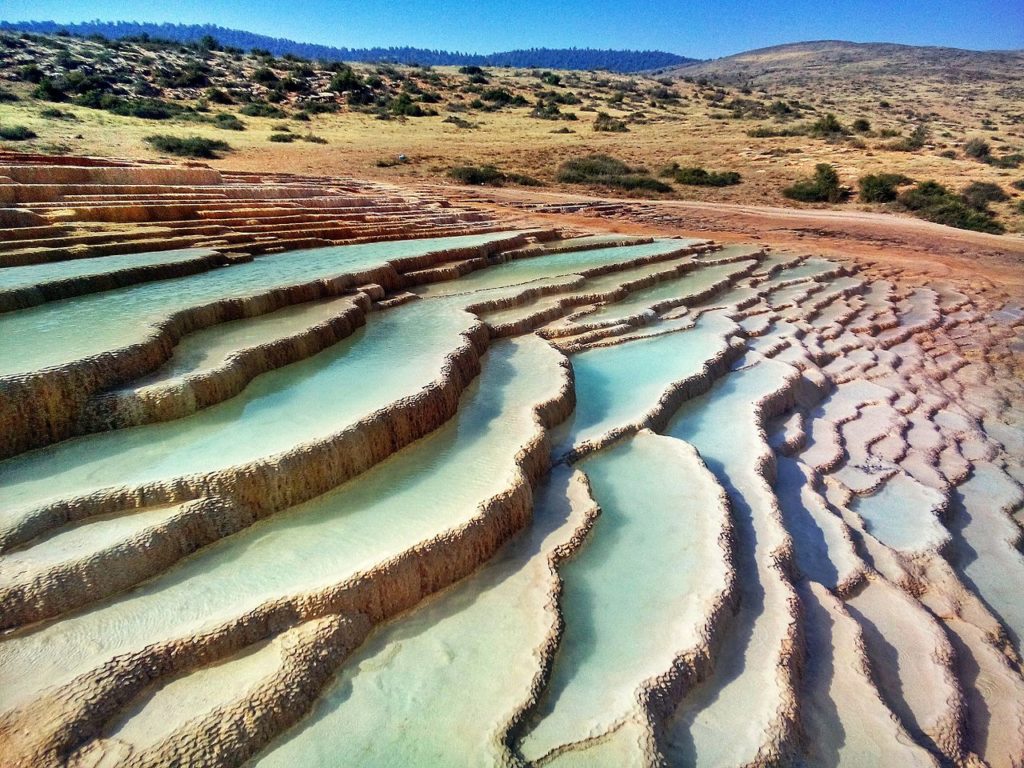 Badab-e Surt is a rare geological masterpiece, formed during the Pleistocene and Pliocene epochs. Only a handful of such places exist in the world. A similar natural wonder has already been lost. 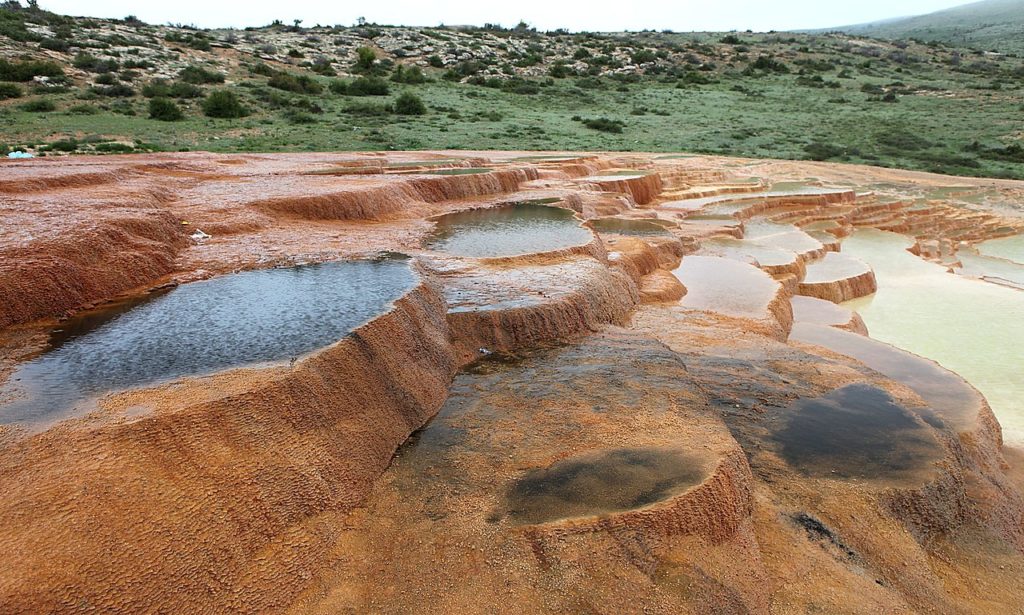 This site was crafted by nature after two different mineral hot springs spent thousands of years sending water bubbling down the mountain from over 6,000 feet above sea level. When the water cooled, it left behind its carbonate minerals in a jelly-like substance that eventually hardened to give the slope its current staircase shape. 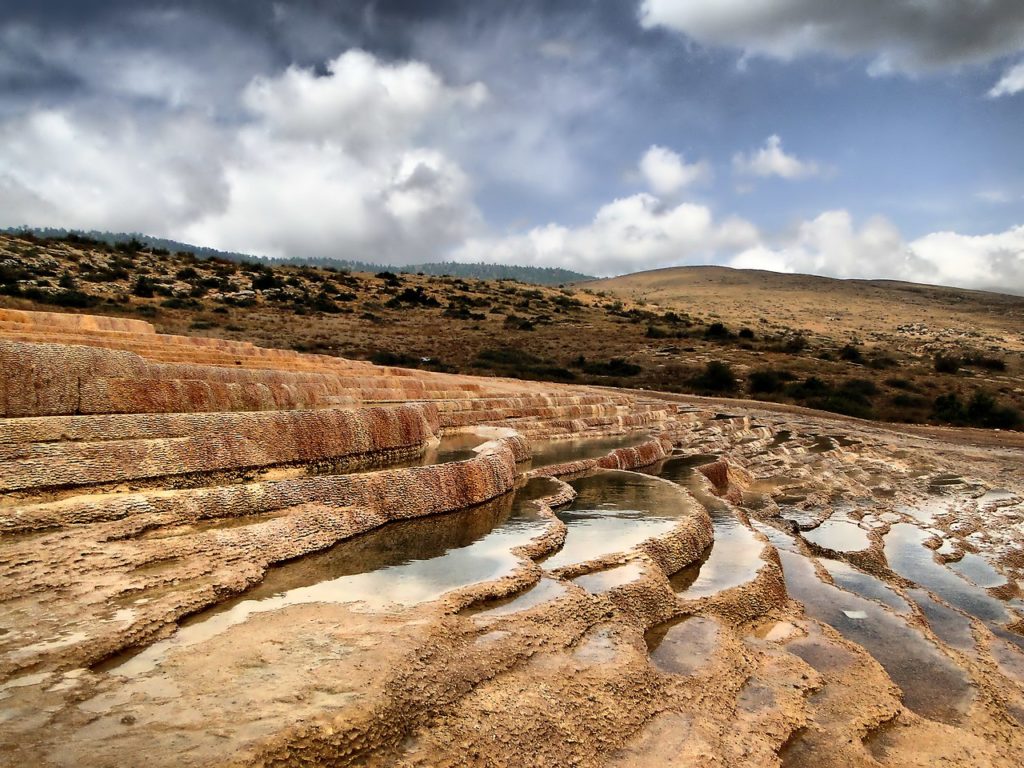 One of the hot springs spews salty water that’s said to have healing properties. Supposedly, it can cure ailments such as rheumatism and certain skin conditions. The other spring spurts a sour sediment full of oxide which gives the water its beautiful orange tint. The place gets its name from a combination of the Persian words for “gassed water” and the old name of the nearest village, which means “intensity.”

Due to its salinity, one of the mineral hot springs does not freeze in winter because of its salinity. It has a 15-meter-diameter pool that is usually used for swimming in the summer months. 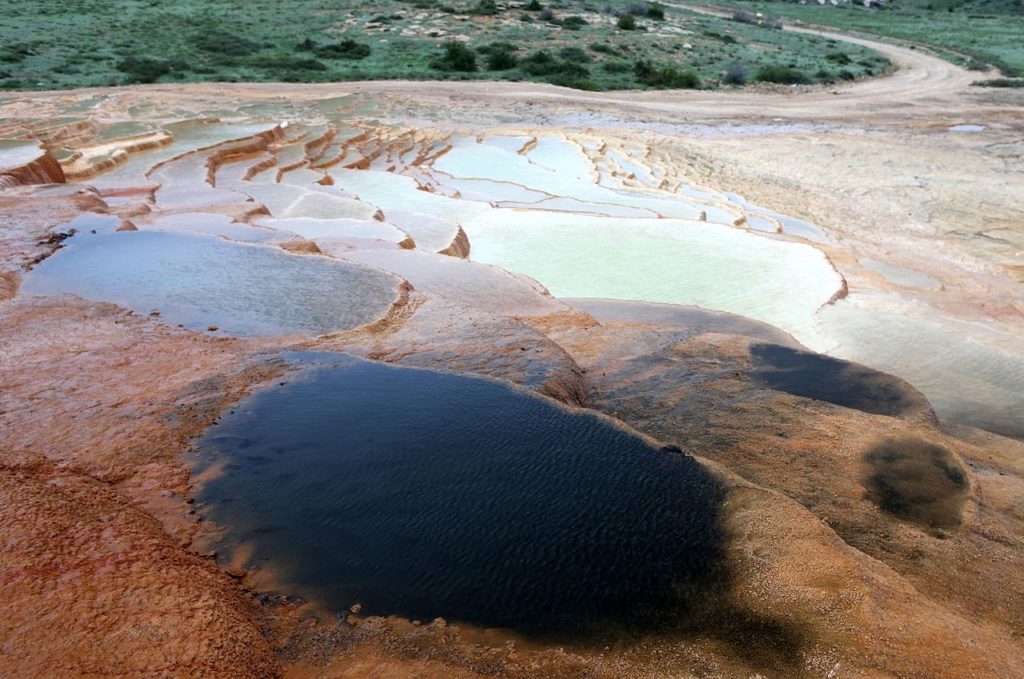 When the light hits the terraces just right, it makes the puddles glow with the red, orange, and yellow tones found in the underlying rock. Reflections from the sky and clouds above will sometimes add swirls of blue and gray to the mix, creating a watercolor palette bursting with rich natural hues.