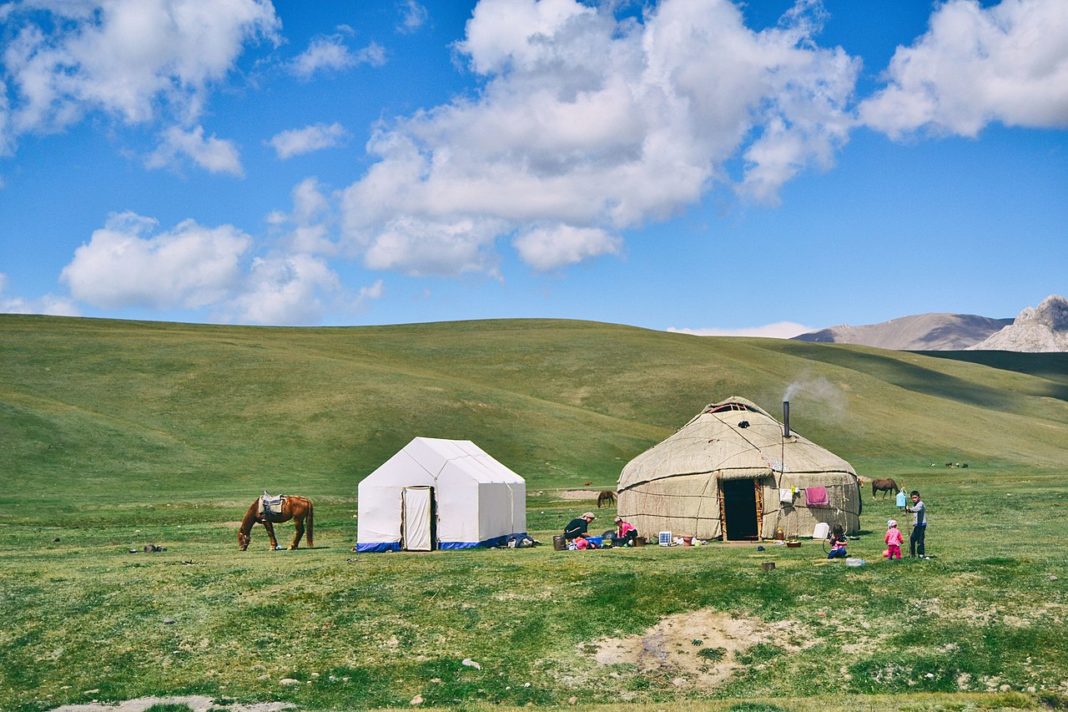 Song-Kol (also known as Sonkol, Song-Köl, and Son-Kul) is a large alpine lake, sandwiched in a hollow between the inner spurs of the Tien Shan in the Naryn region (Kyrgyzstan). Sitting at 3016 meters above sea level, the lake is surrounded by virgin pastures, a conservation area, and the ridges of Sonköltoo and Moldotoo, making it the perfect site for ecological tourism. 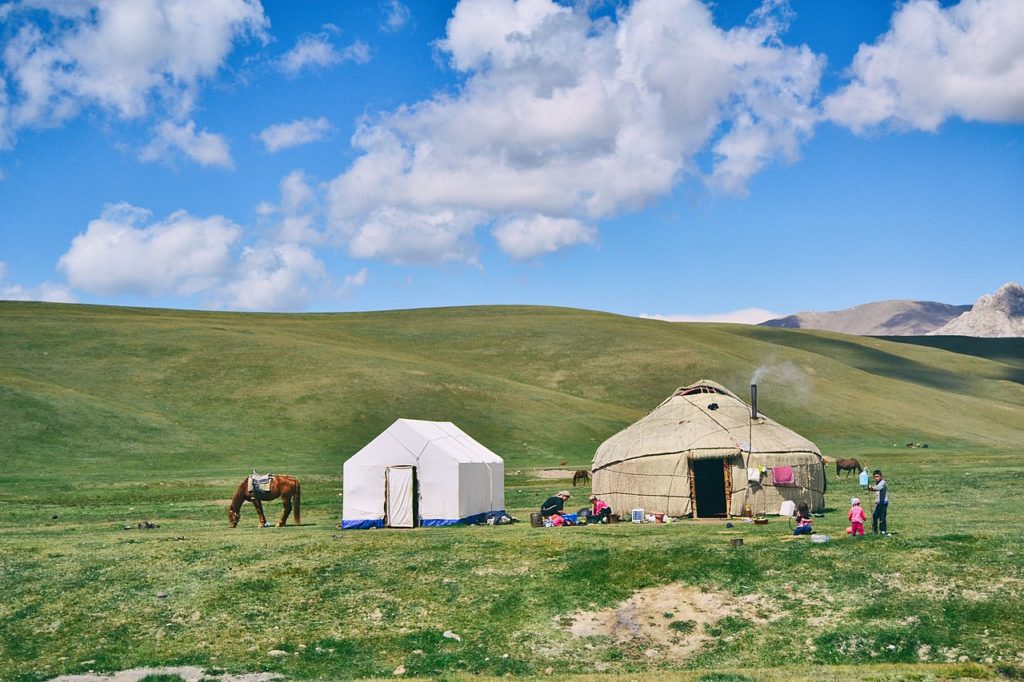 The shores of the lake are low, swamped, and in some places overgrown with reeds. The lake is glacier-fed and drains into the Son-Kul river and eventually the Naryn river. Ice on the lake is common from late September to late May. The area is very popular for horseback tours from one to ten days, and many also like hiking through the Jumgal region, with overnight stays in yurts instead of tents. 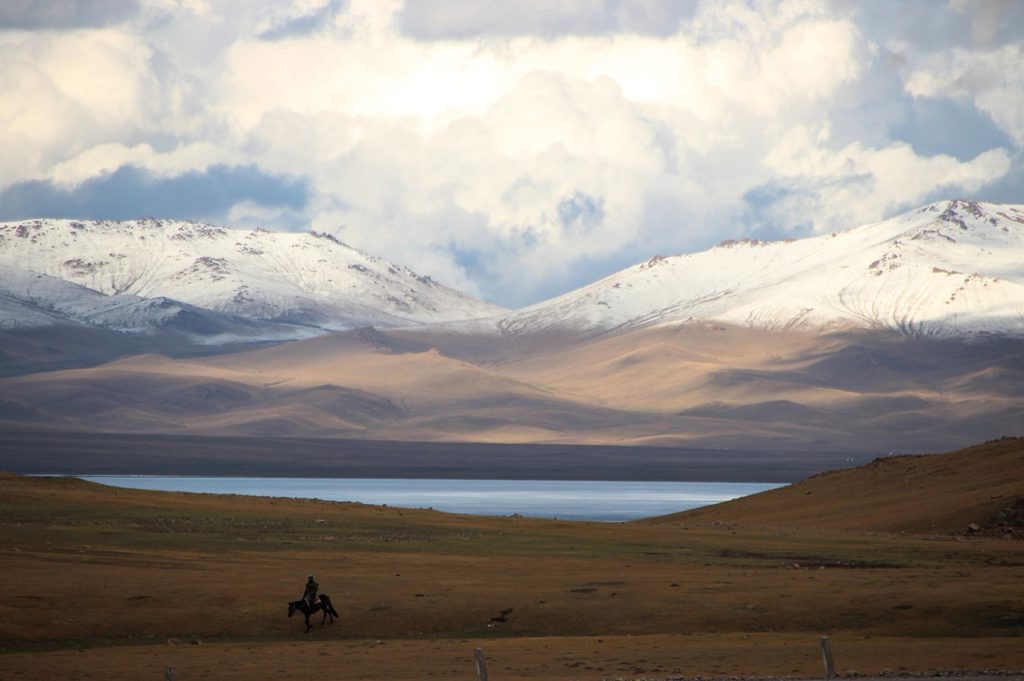 The lake is amazing in its beauty. The azure color of the water attracts not only tourists, but also locals. Son-Kul is surrounded by green meadows, where flocks of sheep and horses graze in summer. Shepherds bring cattle here for the entire summer period, and they themselves live in specially installed yurts. Such pastures where people can live for months are called jailoos. In the cold season, yurts are rolled up.

While trekking and taking a horseback tour, you’ll likely see a variety of animals, including varieties fish, such as peled and rare carp species, and waterfowl, such as the demoiselle crane, mountain goose, black stork, and black-headed giggle. The lake itself is a natural beauty, and its surface color changes several times a day, becoming either a saturated blue, then purple-blue, or lush green. 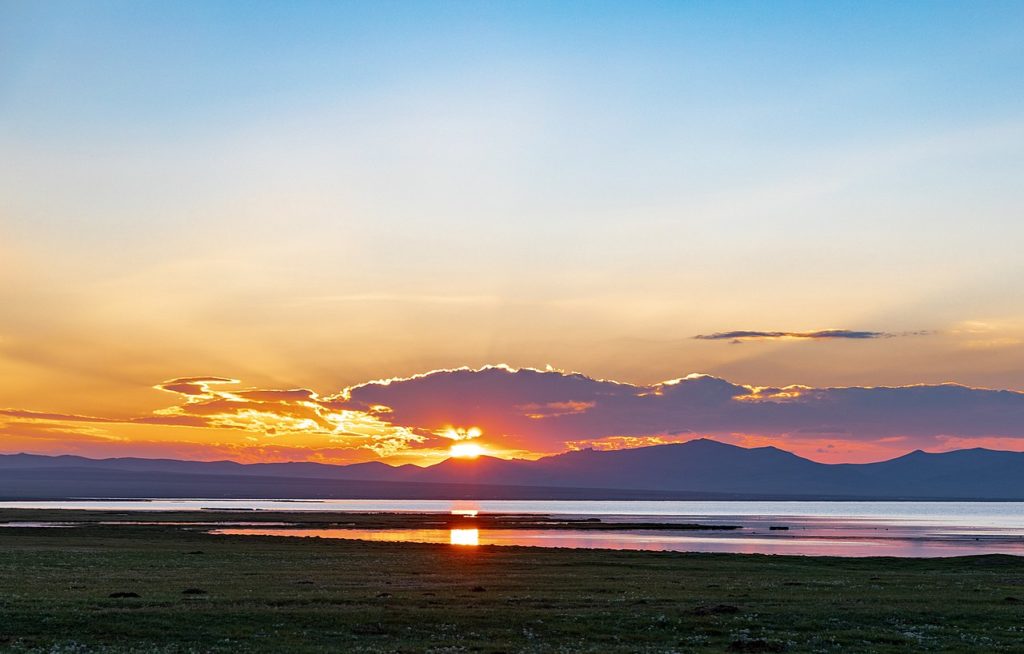 At Song-Kol, you can order fresh meat prepared according to traditional recipes as well as dishes adapted at the request of tourists in yurt camps. Many people call Song-Kol Lake “the soul of Kyrgyzstan” because the water is pure and fresh. However, foreign tourists are advised not to drink water from streams or lakes without boiling it first. 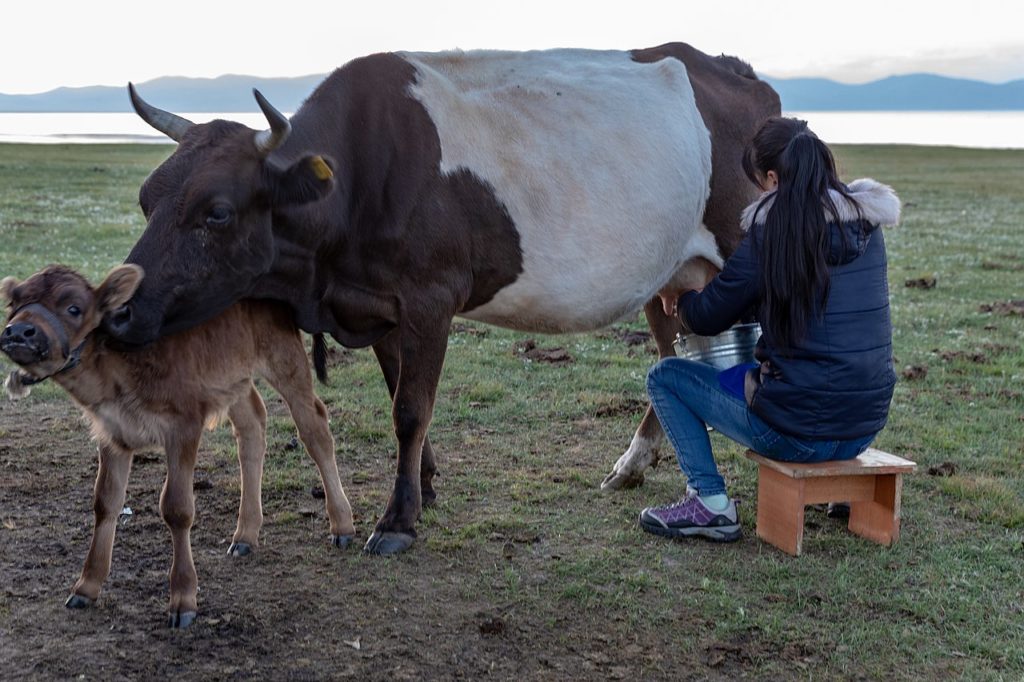 On the northern shore of Lake Son-Kul stands the only building of the district. This is the mausoleum of Tailak Baatyr (gumbez Tailak), which was erected at the end of the XIX century. The Kyrgyz national hero lived in the late XVIII – early XIX century. He defended the land of modern Kyrgyzstan from the invasion of the Chinese and Kokand. His ally and brother Atanai is buried next to the hero.

Not far from Son-Kul is the village of Kok-Oi, where there is a source of mineral water Emel. It is said that the composition of this mineral water is identical to Borjomi.