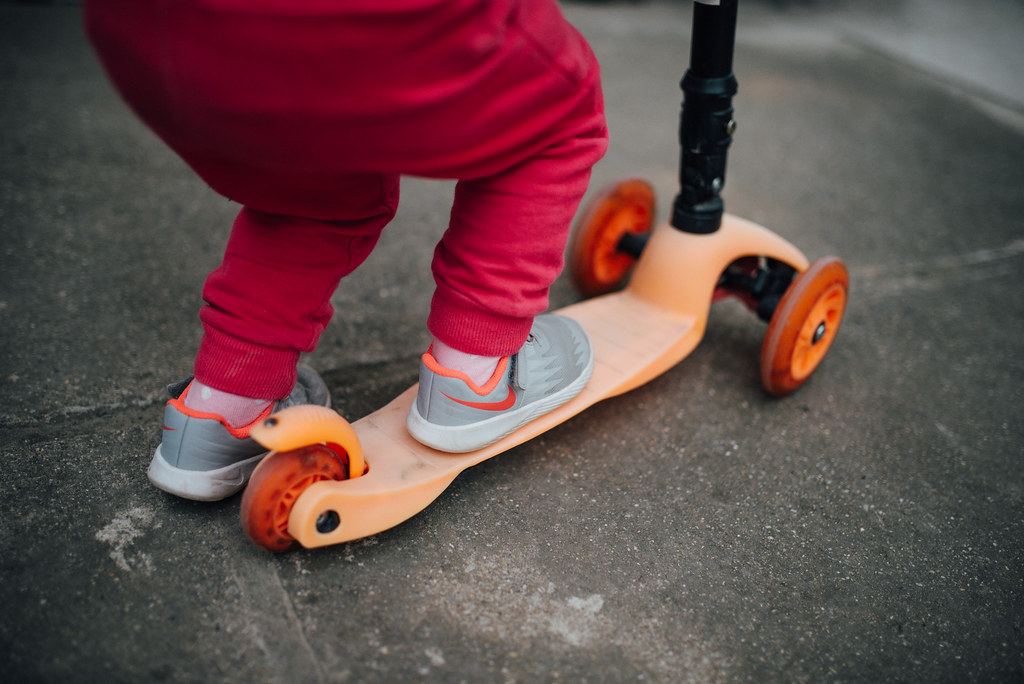 Tyler Hainey, who has been going from strength to strength in the scooter community went viral on Tik Tok when he landed his very first double back flip in October 2021.

Three months later in January 2022 he performed 15 back-flips in one minute which broke the previous record (12) set in 2012.

Tyler Hainey, from Bracknell said: “I have been working on the double backflip for three years. I started when I was seven and after practicing on air bags and then foam, I finally landed it when I was 10.

“Once I perfected it, I landed it the first time.

“It felt absolutely amazing finally landing it and when I broke the record I was so happy.”

In February 2022, Tyler was invited to the Italian TV Show Lo Show dei Record! To set a scooter front flip record which had never been done before.

In front of thousands of people and televised on Italian TV, the 11-year-old Bracknell boy mastered six kick scooter flips in 60 seconds.

He added: “The record I set in Italy was on a much bigger stage and because I couldn’t speak the language it was a bit over-whelming and nerve-wracking.

Brian Hainey, Tyler’s dad said: “The event in Italy was so nerve-wracking but it was also really exciting.

“Not only was he going there to set a world record, but everyone spoke Italian and because it was TV everything was going 100 miles an hour.

“Everything was just so quick and sporadic and fast, but he did amazingly. It’s been such a good platform for him.

“I am so proud of him. You just couldn’t ask any more from a kid.”

The Bracknell boy also appeared on Britain’s Got Talent 2022 where his team made it to the quarter-finals wowing the judges on stage with a whole host of tricks.

To reach the level that he has achieved at such a young age, Tyler often travels hundreds of miles to skate parks across the country, alongside his Dad, Brian, to progress and advance his skills.

Mr Hainey said that Tyler first picked up a scooter during a trip to Smyths Toy Store when he was six.

“Instead of picking up another toy to add to his collection, he bought himself a scooter and he was instantly just a natural,” said the proud Dad.

At the age of 7, just 16 months after starting the sport, he became the youngest person in Europe to land a backflip on his scooter.

Tyler has since gone from strength to strength over the past six years, winning multiple titles and growing a dedicated online following on Instagram and Tik Tok.

As the young prodigy becomes more advanced in the sport, his goal to scoot into the Olympics is a dream that he hopes one day may come true.

Tyler said: “My eye is on the prize over the next 10 years of scootering into the Olympics

“They’ve never shared anything before about adding it but the video last year that went viral was shared by the Olympics on social media.

“They also shared one of my friends tricks that he has been working on for 6 years.”

Brian added: “The fact that they shared Tyler’s video is a massive step forward to getting the sport into the Olympics.

“They are showing they are aware of it. Scooters are also taking off bigger than BMX’s and skateboards.

“So, we’re keeping our fingers crossed for the future of the Olympic games. It’s definitely on the cards and his dream could come true.”

According to .bracknellnews.co.uk. Source of photos: internet