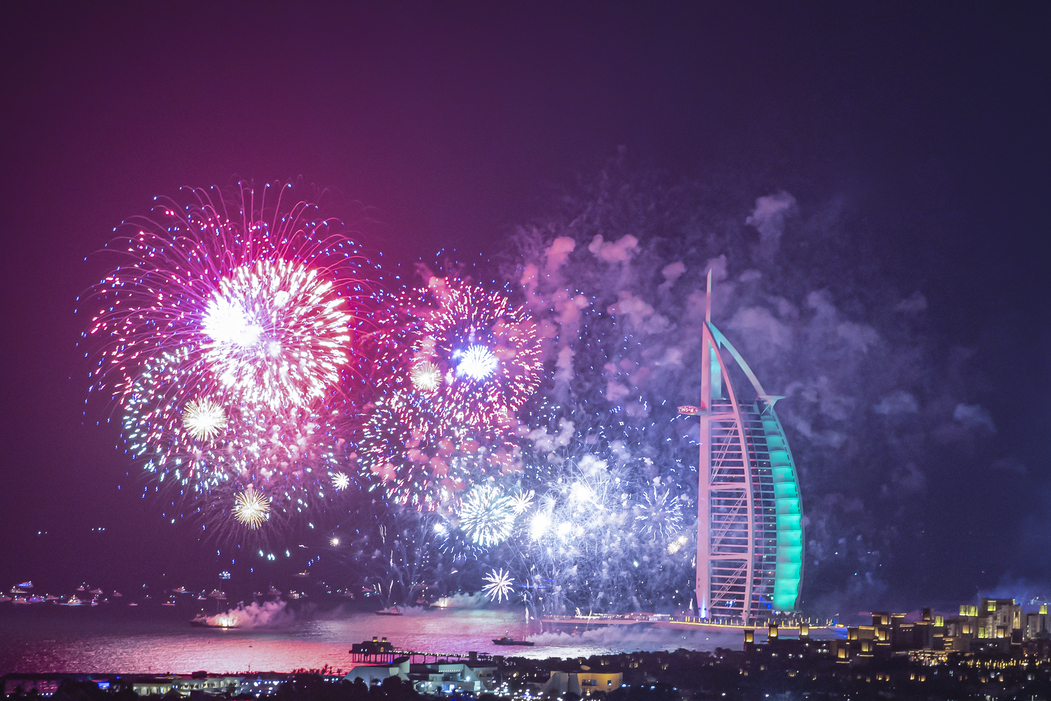 Many of the communal new year’s celebrations around the world comprise light shows that include fireworks. The Emirate of Ras Al Khaimah in UAE took these celebrations one step ahead when their spectacular pyro-musical presentations broke a previous Guinness World Record and also created a new one.

In an Instagram post, the tourism ministry of the Emirate of Ras Al Khaimah wrote, “We are thrilled to announce that we have officially set two new GUINNESS WORLD RECORDS titles for our #RAKNYE2023 pyro-musical show. Securing the title of the ‘largest number of operated multi-rotors/drones with a simultaneous fireworks display’ and setting a brand-new world record for the ‘largest aerial sentence formed by multirotors/drones’, the 12-minute spectacle lit up the sky with a jaw-dropping pyrotechnic performance and larger-than-life fireworks display.”

There were over 670 drones and a myriad collection of nano lights that were perfectly synchronised to music during the 12-minute show.

In another Instagram post, the tourism ministry explained the intricacies of the light and firework presentation and wrote, “Culminating in the highest ever ‘Happy New Year 2023’ message to signal new beginnings, the drones then seamlessly transitioned into the Emirate’s iconic ‘RAKashida’ logo to tie back to the destination.”

It also added, “Taking inspiration from the ‘kashida’ concept in Arabic calligraphy – a line that connects letters to form a word – the logo represents the Emirate’s three uniquely recognizable natural elements: the sea, the desert, and the mountains.”

Commenting on a video of the fireworks show, an Instagram user wrote, “It was amazing I wish I could have that moment for life”. Another person said, “Best fireworks in the whole entire world amazing ”

According to indianexpress.com. Source of photos: internet