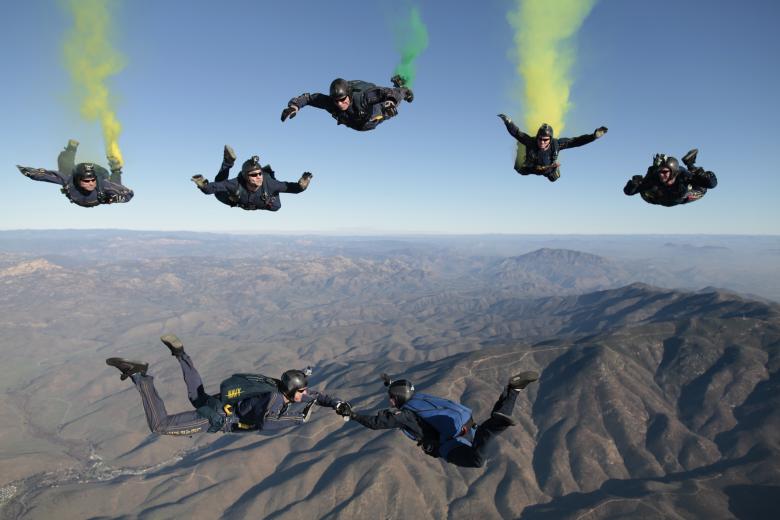 The video of his record was shared on the official Instagram page of the World Record on Wednesday, August 25. The clip has managed to impress netizens to a whole new level. In the clip, Snyder jumps off the helicopter only to turn upside down and perform back-to-back inverted spins that might make you feel dizzy. Watch the video below:

As soon as the video surfaced online, it garnered a thunderous response from netizens. While a user said, “This is called World Record. I feel drowsy by just seeing it!” another added, “How do you count those spins?” A netizen also wondered, “Holding on to consciousness would be so difficult.” The video has amassed over 18 thousand likes within just a day.

In a previous interaction with the World Record, Snyder had explained what it feels like to be spinning inverted at a great height. The sky surfer revealed he talks to himself: “No problem, don’t worry about it just got to put it up on your feet, hop out of the plane, and you’ll be fine – no worries!” Having said that, he also revealed that he has his moments of fear and jitters while performing the stunts. “Quite often when I feel those jitters, I go through my checklist if I am ready, if I have everything, I need my parachute,” he said.

While talking about feeling dizzy or unbalanced, Snyder revealed that his mind works a tad bit differently after performing the sports for years. According to him, there’s a certain kind of tolerance that he’s achieved over time but highlighted that there’s a ladder to reach that position.

“There’s a tolerance that builds up over time if I were to go out right now and spin I won’t be able to go and spin at that rate immediately there’s a little bit of a ladder to climb to get to that level of performance,” he explained.

Snyder added that he has discovered a certain kind of energy flowing through his body while performing the stunt, a feeling of connectedness, that he aims at polishing to further sharpen his skills.

According to  www.news18.com. Source of photo: internet