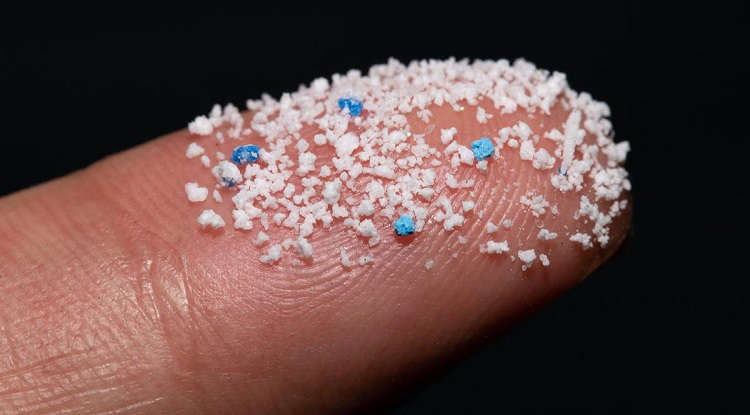 Microplastics are hugely problematic and pose a major risk to food chains and human health, according to Liu: “They are not easily bio-degradable, where they retain in the ecosystems for prolonged durations. This results in the uptake of microplastics by organisms, leading to the transfer and retention of microplastics down the food chain. Due to their huge surface area and adsorption capacity, microplastics can adsorb toxic pollutants, such as pesticides, heavy metals, and drug residues at high concentrations. This leads to biological and chemical toxicity to organisms in the ecosystems and humans after prolonged unintended consumption of such microplastics. Moreover, microplastics are also difficult to remove in wastewater plants, resulting in their undesired release into the environment.”

The next steps of the research are moving the proof of concept from the lab to an environmental setting: “We next plan to isolate and identify natural pro-biofilm-forming bacterial isolates, either from the sewage or from aquatic environments, where they display heightened abilities to colonize and form biofilms on microplastics.”

Liu and colleagues hope the technique will eventually be used in wastewater treatment plants to stop microplastics from escaping into the oceans. They also have to find natural compounds to stimulate biofilm dispersal of the pro-biofilm forming bacterial isolates, saying “this provides a basis for future applications in wastewater treatment plants, where microplastics can be removed in a safe and environmentally friendly manner.”

Microplastics are a huge problem, and more techniques are needed to safely remove them from our environment, Liu states the importance of this, saying, “It is imperative to develop effective solutions that trap, collect, and even recycle these microplastics to stop the ‘plastification’ of our natural environments.”

Biofilms occur when communities of bacteria group together and create a shield, or biofilm, from sticky exopolymeric substances. Biofilms can be problematic as they protect the bacteria from outside influences such as environmental changes and antibiotics.

Microplastics are plastic particles less than 5 mm in diameter. They can enter the environment through a number of sources including the breakdown of larger plastic pieces, washing of synthetic clothing, breakdown of car tires and plastic waste directly from industry. The current methods for microplastic disposals, such as incineration or storage in landfills, are limited and have their own disadvantages.