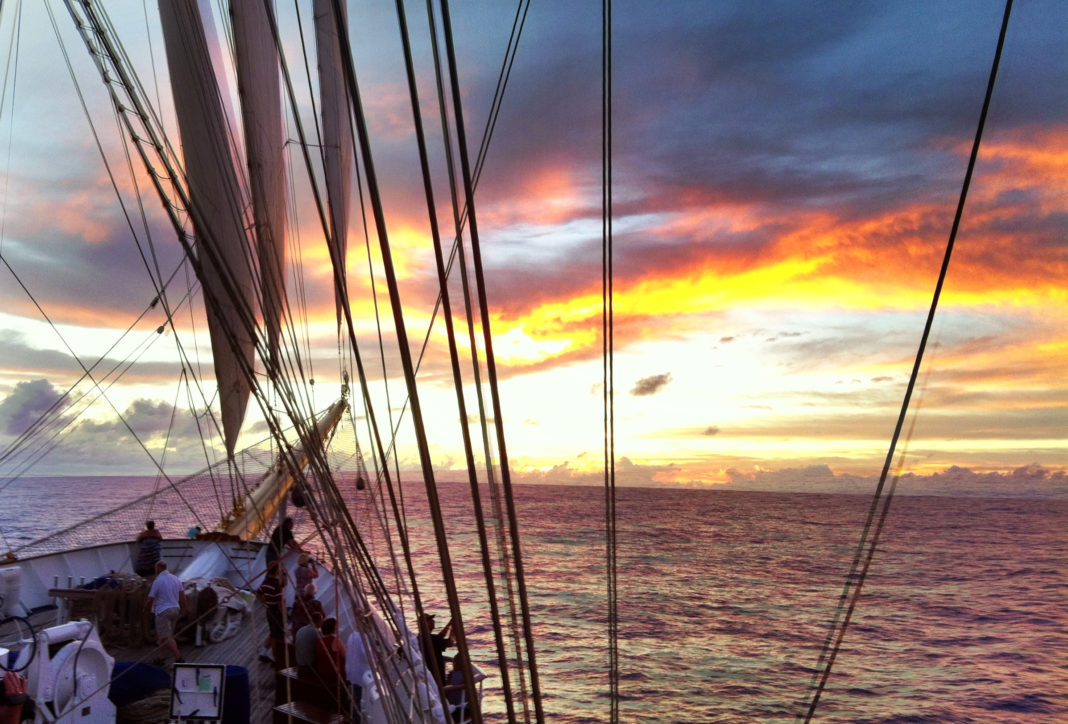 Facebook
Twitter
Pinterest
WhatsApp
After setting off from Tenerife, Spain, on February 11, the 35-year-old covered 4,740 kilometers in 40 days and 19 hours before finally reaching land in Barbados.
Despite experiencing extreme conditions and encountering multiple problems along the way, Evans broke the previous world record by over eight days.
“It was much harder than I expected,” she told CNN Sport. “Not physically, but in terms of the conditions.
“I got probably the strongest kind of wind you can get out on the Atlantic for a very prolonged period and the resilience you need to keep going through that was huge.”
Evans had spent four years preparing for this journey of a lifetime but nothing could have readied her for the reality of an ocean crossing.
Even before setting off, the trip was plagued by issues caused by the Covid-19 pandemic which forced the challenge to be postponed by a year.
Then there was the logistical nightmare of getting the boat, and herself, across borders to reach the start point in Spain, with Evans requiring additional government support to do so.
Once the challenge was underway, high winds made rowing — and sleeping — incredibly difficult, while issues with steering equipment caused Evans to drift off track at times.
At one point she was even stuck outside of her cabin after a wave locked the door from the inside. It took her three hours to saw through the lock with a blade.
There were the inevitable blisters and occasional sunburn, though by the sound of it Evans seems to thrive in extreme conditions.
“It’s a very unique sport in that you can’t get off when you’re there and you have to deal with it. So it was so, so intense,” said Evans, who was inspired to tackle crossing the Atlantic after climbing Mont Blanc in 2017.
“I think I really enjoy adventure sport due to the psychological elements of it and how much it forces you to learn about yourself and face up to yourself and the limits of where you can push yourself to,” added Evans.
“We are so capable of training our brains to allow us to achieve more but often people don’t want to put that work in.”
Evans lost just 4 kilograms on the journey, something she credits to her physical preparation and her simple yet nutritious diet while on board — using food as a pick-me-up whenever she felt overwhelmed.
Music became very important to Evans during the crossing. After all, no one can hear you sing when you’re thousands of miles from land.
David Bowie, Elton John and Sam Fender’s new album provided some of the hundreds of hours of music blared out amid the waves, offering unwavering motivation and a bit of company while Evans plugged away in total isolation.
Isolation, that is, minus the “special” wildlife she got the honor of seeing along the way.
Turtles, sharks and numerous fish offered light relief to the mammoth slog and Evans would take time to stop rowing whenever something popped its head out of the water.
She even saw a super pod of dolphins as she celebrated her 35th birthday.
“It was like they’d heard there was a party. I’ve never seen anything like it. Everywhere you look, there were dolphins,” she said.
Despite admitting she doesn’t miss the stress of life on the ocean, Evans knows it was an experience she will never get again, smiling as she recalls the times she would cover up her navigation lights and stare up to the unspoilt night sky, getting lost in the stars above.
“You’re never going to be there again and it’s easy to lose sight of that when you’re chasing the record, because you’re trying to go as quickly as possible, she said.

Advocating for women in sport

Admitting she wasn’t particularly sporty as a child, Evans says her 15-year-old self would never have believed she was capable of setting such a record.
While the challenge was a personal goal for Evans, she also completed it to raise awareness and money for UK charity Women In Sport which looks to “give every woman and girl the opportunity to take part in sport.”
Evans has raised over £24,000 ($31,526) already for the charity and, through her legal work, she wants to advocate for more change now she’s back on dry land.
“Women are so capable in sport,” she said. “It is massively improving, but there seems to still be an underestimation of women.
“I’d want the message to be for everyone, but particularly women and girls, to know that they’re capable of absolutely anything they set their mind to.
“And on a wider level for sport as an industry to show that change needs to come and it’s an outdated viewpoint to assume that we need a helping hand or smaller events.”
Before getting to work, Evans was enjoying life in Barbados.
Joined by her family and friends, she spent her first night on dry land watching the sun set over the ocean she just conquered.
But make no mistake, she has no plans to get back in a boat anytime soon.
“I never felt that I was at immediate, serious risk but I was very much aware that one change could put me into a life-threatening situation,” she said.
“I’m not going to miss the stress of that.”
According to edition.cnn.com. Source of photos: internet