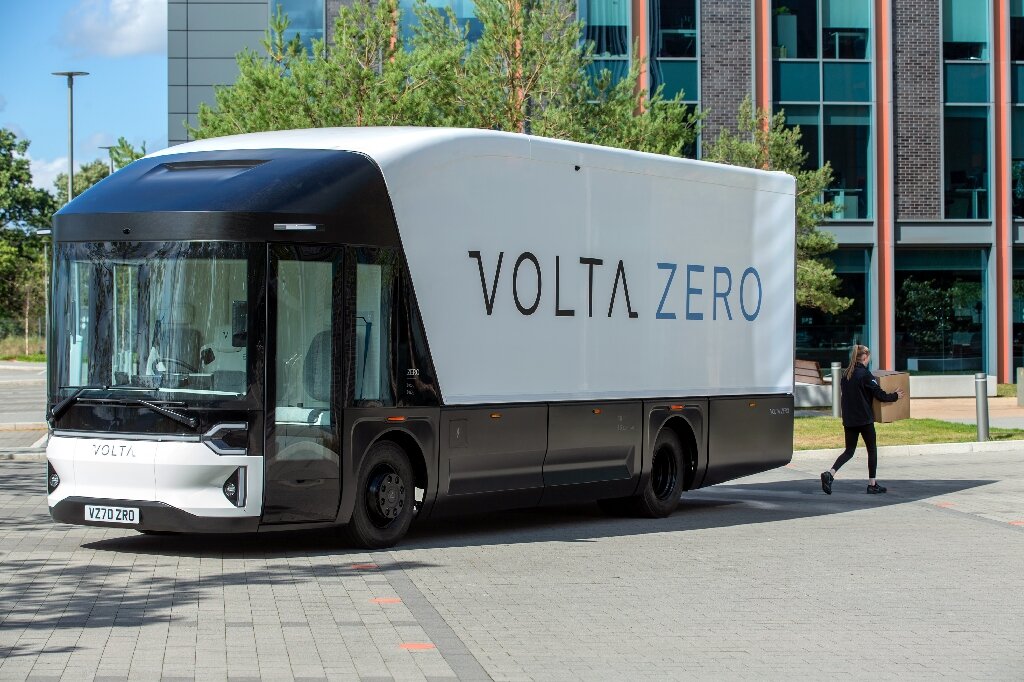 Volta Trucks has developed what it bills as the world’s first purpose-built fully-electric 16-tonne commercial vehicle which is designed to criss-cross cities for short journeys.

And despite humble plans so far, the truck already has an order book worth $260 million — regardless of ongoing turmoil surrounding Brexit and the Covid-19 pandemic.

“We are a Scandinavian company with a UK operating base and we have presence in France as well,” Volta Trucks chief executive Rob Fowler told AFP.

“We operate in the UK because of access to automotive specialists and to be close to our target markets.

Volta targets distribution, logistics and removal firms that seek to switch away from diesel and gasoline-powered trucks that pollute city centres. France’s Petit Forestier, which is Europe’s biggest refrigerated lorry rental firm, has already signed a contract for 1,000 units.

However, Volta is still seeking to a permanent manufacturing partner to produce the trucks. The company has so far only produced one prototype, which was produced last year by UK automotive firm Prodrive.

“We are in the final stage of negotiations with a number of manufacturing partners in different parts of Europe and the UK,” said Fowler.

Brexit has not yet had any short-term impact on the business but could still influence the choice.

“As we are assessing our manufacturing partners we have considered trade barriers, logistics costs, labour costs — a wide range of factors — and the impact of Brexit is one these factors which we are assessing,” he added.

The company must convince customers to place their trust in its electric vehicles, despite the higher price tag than traditional rival trucks — because fuel is cheaper, according to Fowler.

“The total cost of ownership for owning that vehicle is comparable to that of a diesel vehicle now. That makes the transition much easier for our customers.”

Volta wants to benefit from the industry’s ongoing shift towards greener and cleaner energy — and broader global efforts to slash carbon usage and combat climate change.

Britain, which will host the UN’s COP26 global climate change summit in Glasgow later this year, will ban diesel and petrol car sales from 2030 as part of a plan to achieve carbon neutrality by the middle of the century.

A number of European cities including Paris are restricting access by older and higher-polluting vehicle during episodes of high pollution, which can pose difficulties for delivery firms.

Several firms are working to develop electric trucks and vans in the United States.

Volkswagen and Toyota announced last year a partnership to build an electric truck using hydrogen fuel cells instead of batteries.