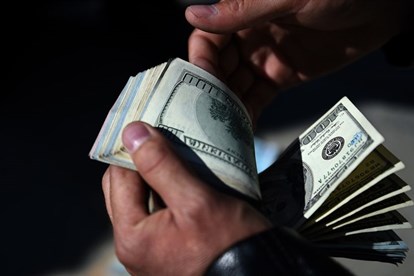 The global wealth gap widened during the Covid pandemic, swelling the ranks of the world’s millionaires by 5.2 million as the rich cashed in on surging stock and house prices.

The figures, detailed in the annual Credit Suisse Global Wealth Report, capture how emergency interest rate cuts and government stimulus measures often benefited those least in need of state support, helping their assets grow in value despite the economic downturn.

Dollar millionaires now account for more than 1% of the global population for the first time in history. The figures show that 56.1 million individuals had assets worth more than $1m (£720m) in 2020.

Contrasting fortunes at the top and the bottom were highlighted, as those already on lower earnings suffered job losses and a drop in income due to the economic slowdown.

“The rise in wealth inequality was likely not caused by the pandemic itself, nor its direct economic impacts, but was instead a consequence of actions undertaken to mitigate its impact, primarily lower interest rates,” the report’s authors said.

Actions to offset the effects of the Covid-19 pandemic contributed to a sizeable increase in wealth inequality, and led to the widest wealth gap since 2016.

The US accounted for nearly a third of the world’s 5.2 million new millionaires last year, adding 1.7 million to the country’s total, now at 22 million. Germany followed behind, adding another 633,000 millionaires. The UK – sixth in the rankings of those countries minting the most new rich – added 258,000 millionaires, so that the country now has 2.5 million individuals with assets worth more than $1m.

Another 41,420 adults also joined the group of so-called ultra high net worth individuals who have each collected assets worth more than $50m. That represented a 24% jump from 2019, is the fastest annual rate of growth in 17 years, and brings the total number of super-rich individuals to 215,030.

The impact of the pandemic on household wealth, particularly for the poorest, was worst in countries where governments failed to compensate for lost wages during the enforced economic shutdowns.

In high-income countries such as the UK, emergency benefits such as the furlough scheme helped soften the blow of job cuts or lower business income. But those unable to access emergency support were harder hit and forced to draw down their savings or take on higher debt. The impact was particularly acute for vulnerable groups, including minorities, young people, and women, who worked in harder-hit sectors such as retail and hospitality, the report explained.

Meanwhile, the wealthiest, already sitting on large holdings of stocks and properties, were relatively unaffected by the economic downturn. Share prices, which collapsed in the first half of 2020, recovered in the later months of the year, increasing the wealth of men, middle-aged people and wealthier individuals in general.

Homeowners in most markets also benefited from rising house prices, which increased by an average of 5.6% in 2020, according to a separate report by the Knight Frank global house price index which tracks prices across 56 countries. That was the fastest pace of growth for three years.

Anthony Shorrocks, an economist at the University of Manchester and one of the Credit Suisse report’s authors, said climbing asset prices did not reflect the challenges that most of the world felt during the pandemic.

“There’s a sort of disconnect between what’s been happening to the wider economies – which have been in serious trouble and required a lot of government intervention – and what’s happened to household wealth, which seems to have just continued as if nothing has been happening,” he said.

In total, global wealth grew by 7.4% in 2020 to $418.3tn in 2020, with gains largely attributed to growth in the US, Europe and China, while overall wealth in Latin America and India declined.

Global wealth is expected to rise a further 39% over the next five years to reach $583tn by 2025, while the number of millionaires is forecast to jump by nearly 50% to 84 million individuals. The group rich enough to be counted as ultra-high net worth is also expected to expand by nearly 60% to reach 344,000 people.

According to theguardian.com. Source of photos: internet