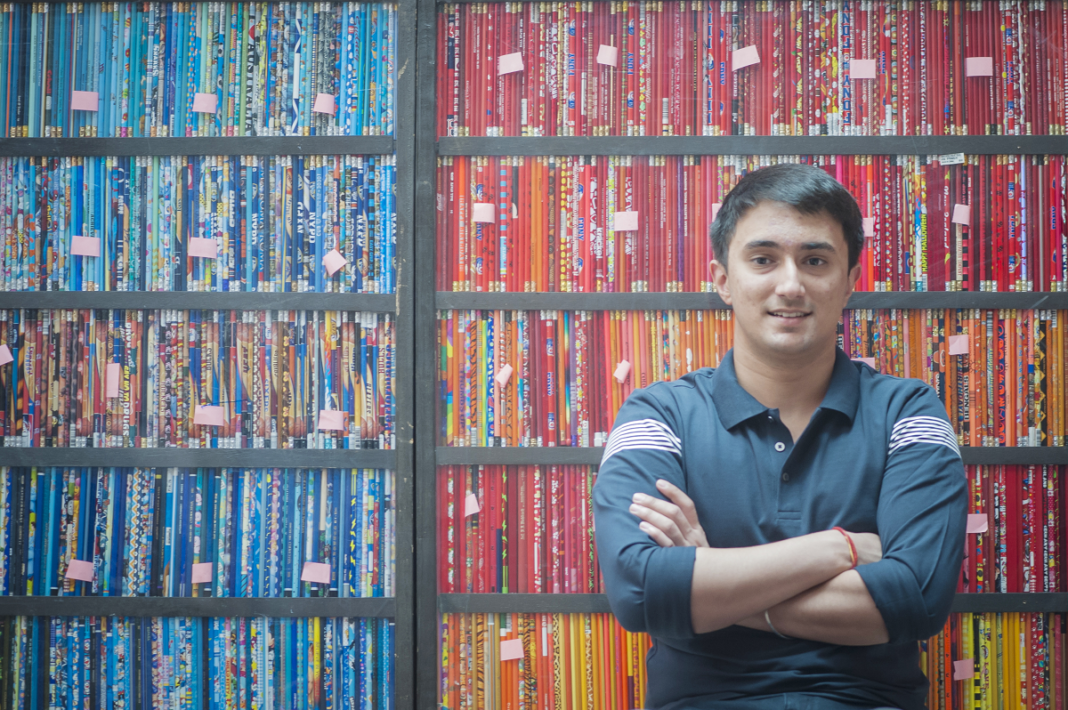 With a collection of over 19,500 pencils, Tushar Lakhanpal has been collecting pencils since he was 3, and has set World Record at 17.

According to Tushar, the bug bit him when he got hooked to the popular cartoon Oswald, in which the character, Henry, and his habit of collecting spoons inspired him greatly.

Tushar considers himself lucky, to be flanked by a string of encouraging friends and family who did not at any point discourage or ridicule him to take up a hobby as unusual as collecting pencils. His mother Vandana Lakhanpal, who runs an NGO, says, ” I remember a 4-year-old Tushar coming up to me and saying that he wants his name in the Limca Book of World Records. I was surprised and proud at the same time. It is really rare to find such dedication and ambition at that age, hence, I decided to do my bit in making him realise his dream.” 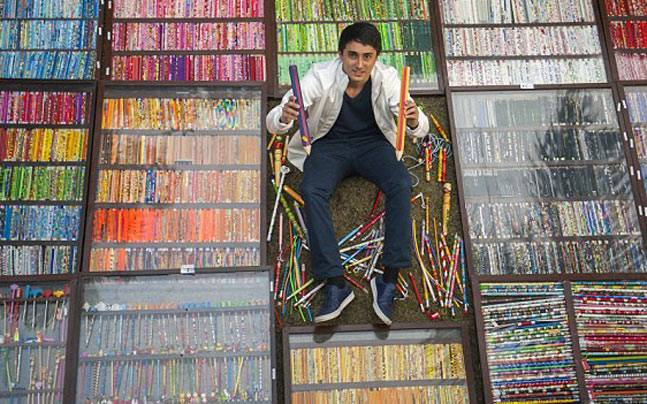 A collection of over 19,500 pencils colour co-ordinated and arranged beautifully in several glass showcases is something that Tushar and his family is extremely proud of.

When asked about their favourites from the collection, the Lakhanpal family echoed the view and said that Queen Elizabeth II’s pencil, which they bought from an auction, was extremely dear to them. Tushar’s father, Asheesh, who is a commercial pilot, said,”I am also very fond of a wooden pencil that one of my oldest drivers bought from his village in Orissa. He didn’t think it was much, but it meant the world to us.” 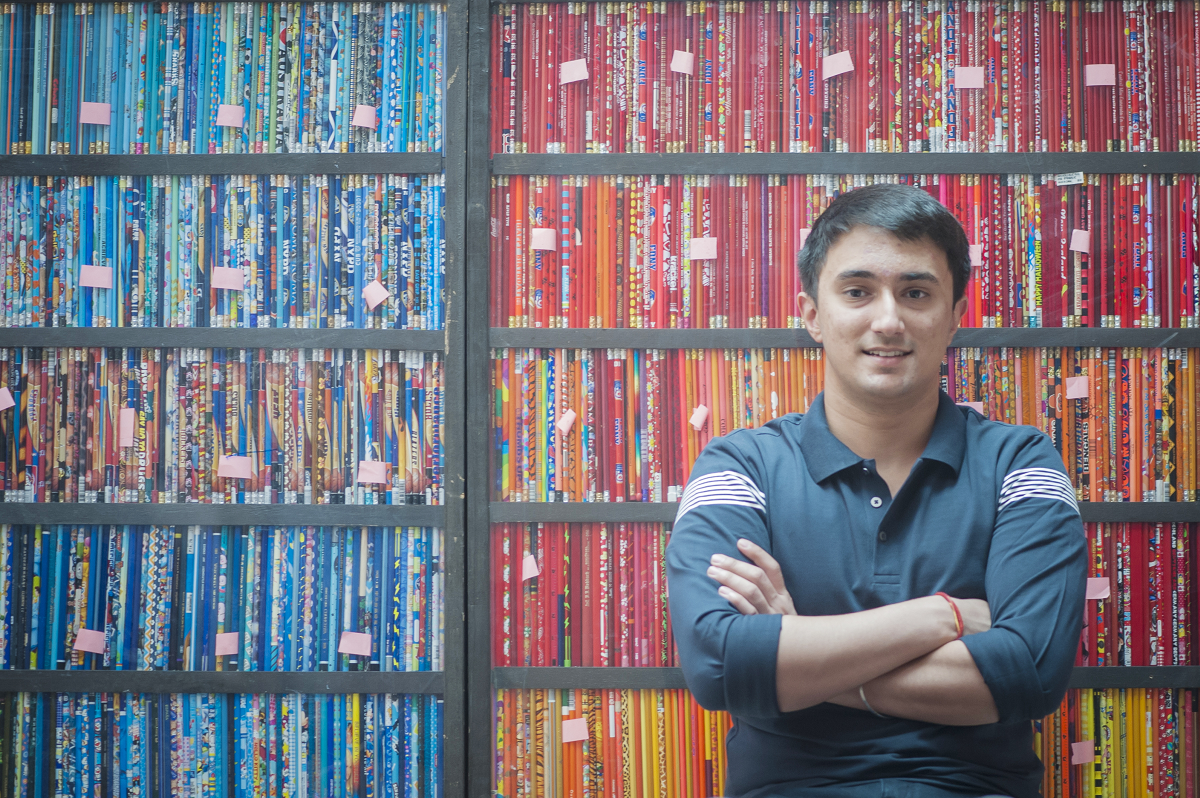