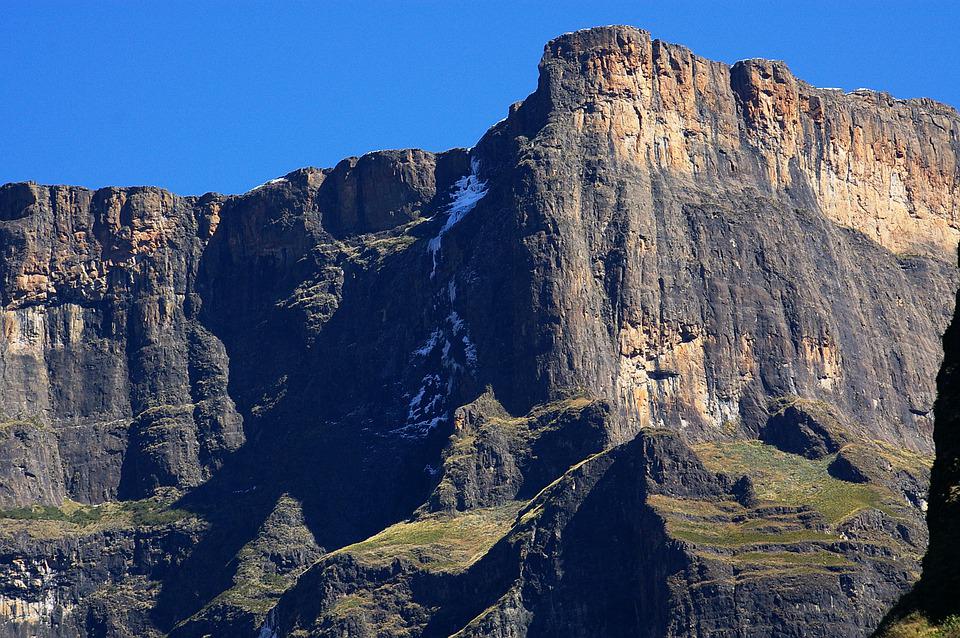 According to some measurements, it is the world’s tallest waterfall. A revisited validation of waterfall measurements is not available, and there’s still uncertainty about whether Tugela or Venezuela’s Angel Falls is the tallest (both measurements were taken at a considerable distance from the two waterfalls). 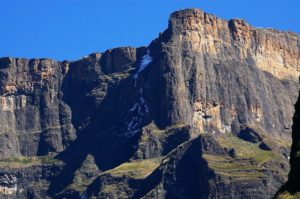 Angel Falls is undoubtedly the tallest single uninterrupted drop of any waterfall in the world, with a height of 979 m and a plunge of 807 m. While Tugela Falls is divided into five smaller tiers, its tallest individual tier is 411 m. 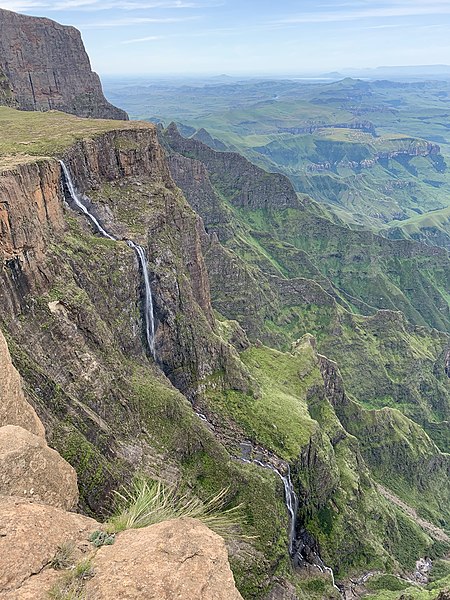 The combined total drop of its five distinct free-leaping falls is officially 948 m. In 2016, however, a Czech scientific expedition took new measurements, making the falls 983 m tall. The data were sent to the World Waterfall Database for confirmation. The source of the Tugela River (Zulu for ‘sudden’) is the Mont-Aux-Sources plateau which extends several kilometers beyond The Amphitheatre escarpment from which the falls drop.

At the right time of year, the falls are easily visible from the main road into the park, especially after heavy rain. There is an undeveloped campsite and mountain hut immediately above the falls. 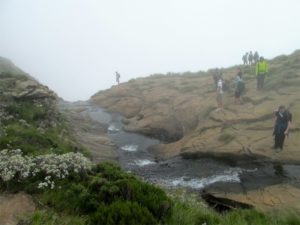 There are two trails to Tugela Falls. The most spectacular trail is to the top of Mont-Aux-Sources, which starts at “The Sentinel” car park. From here it is a relatively easy climb to the top of the Amphitheatre, however, it does take about 4.5 to 8 hours round-trip depending on fitness level. Access to the summit is via two chain ladders. This is the only day hiking trail that leads to the top of the Drakensberg escarpment. Another trail to the foot of Tugela Falls starts at Royal Natal National Park. The easy 7 km gradient follows up the Tugela Gorge winds through indigenous forests. The last part of the hike to Tugela Falls is a boulder hop. A little chain ladder leads over the final stretch for a view of the falls rushing down the amphitheater in a series of five cascades.