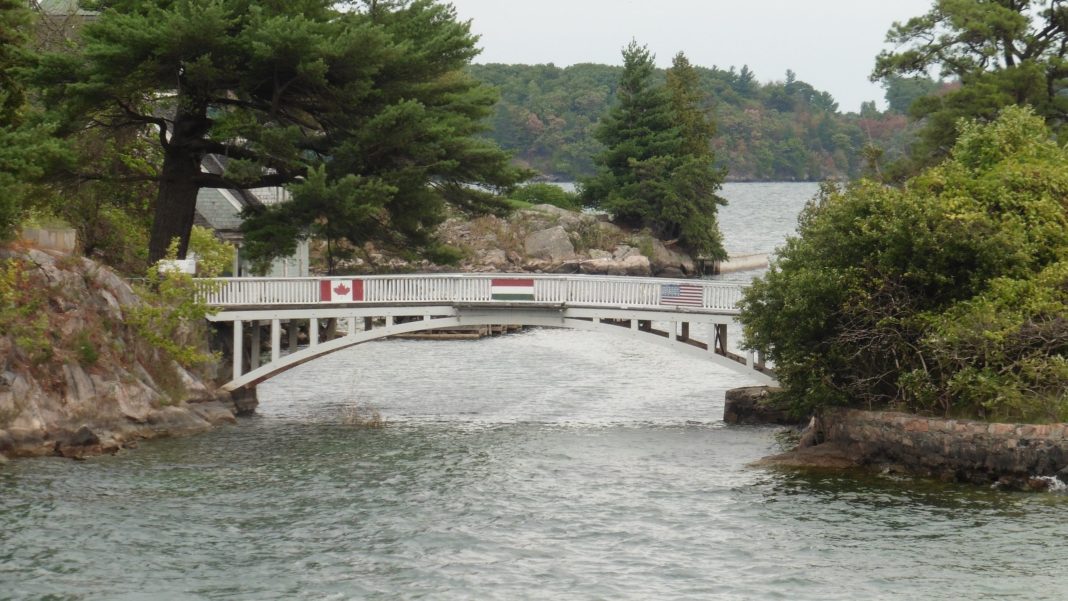 From the CN Tower to Niagara Falls, Ontario is home to some astounding landmarks. Equally as impressive is the international bridge on Zavikon Island. 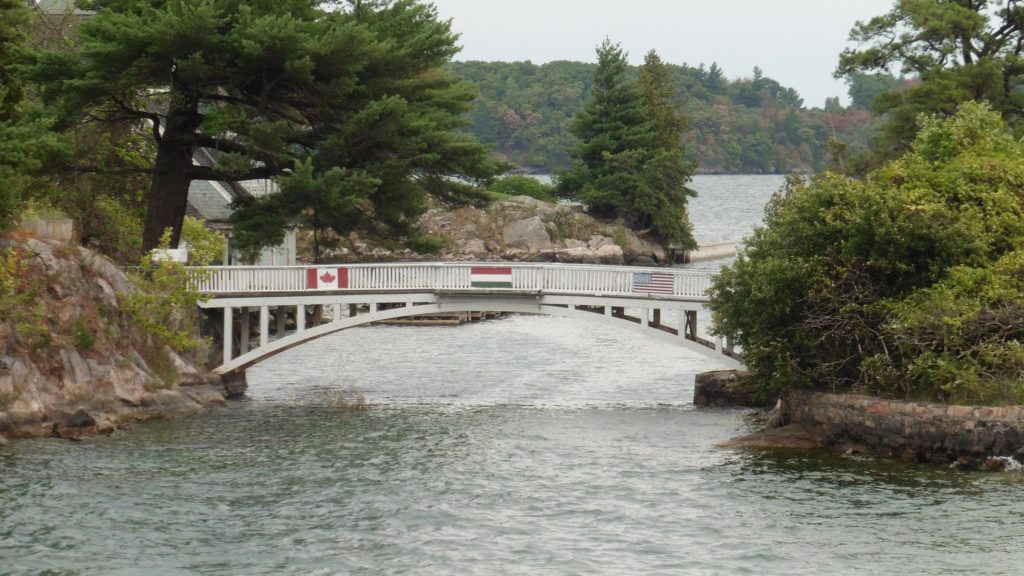 Zavikon Island refers to either the larger or the pair of islands in the Thousand Islands archipelago on the St. Lawrence River between New York and Ontario, two kilometers southeast of Rockport, Ontario, and about 200 meters north of the international boundary.

There are nearly 1,800 islands in the archipelago and they range from larger islands with an area of over 40 square miles to tiny piles of rocks that are used by migrating birds and other waterfowl. That number of islands, 1,793, was determined by only counting those that remain above water all year, so it fluctuates from season to season with rocky outcroppings disappearing beneath the Saint Lawrence when the water level rises.

Famously known for being the shortest international bridge in the whole world, the 32-foot-long structure on the St. Lawrence River connects a Canadian island with an American one, and the story behind is truly bizarre.

The smaller and more southeasterly of the pair of islands is sometimes called Little Zavikon Island. It has a US-Canada Boundary Commission reference monument, from which, along with other reference monuments on the shore and islands, surveying measurements are used to calculate the international boundary line turning points in the waterway.