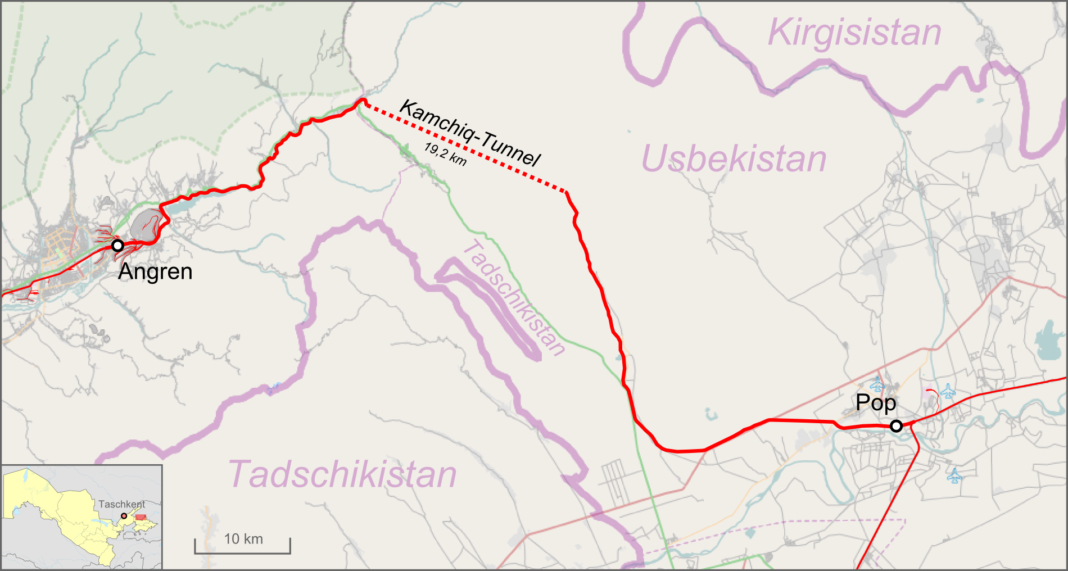 The tunnel was built by the China Railway Tunnel Group in collaboration with the Uzbek Railways and leads through seven geologic faults. Construction began September 2013 and the excavation works were finished 27 February 2016. In January 2014, work was delayed by an avalanche, covering the entrance with 78 meters (256 ft) of snow. 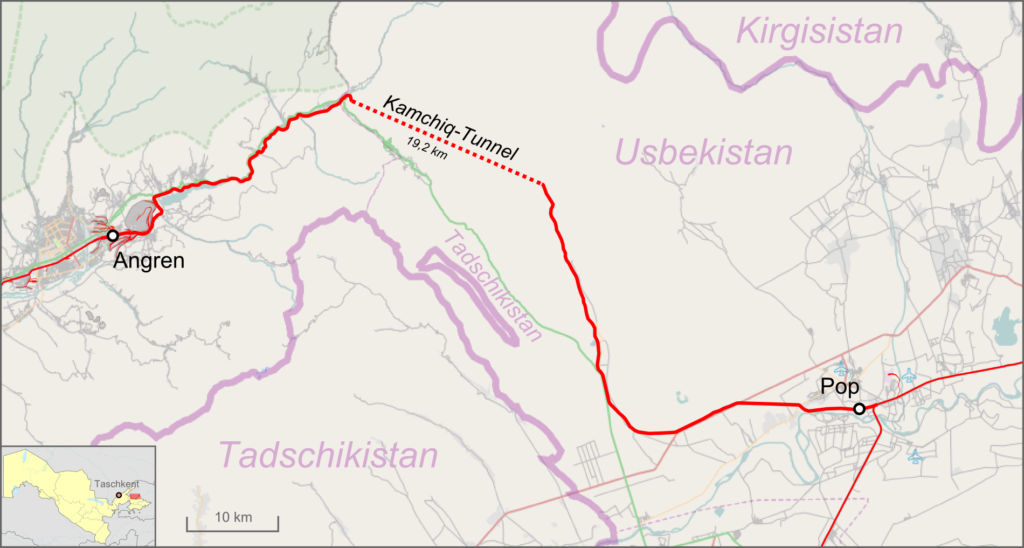 The tunnel is part of the Angren-Pap railway line. The tunnel was opened for traffic on June 22, 2016.

The Kamchiq Tunnel is a critical section on the Angren-Pap railway line; it has been listed as one of the early achievements of the Belt and Road Initiative. The completion of the project has changed the dilemma of bypassing other countries. It has become a new hub connecting China, Central Asia and European transportation corridors, and has promoted the political and economic development in Uzbekistan.