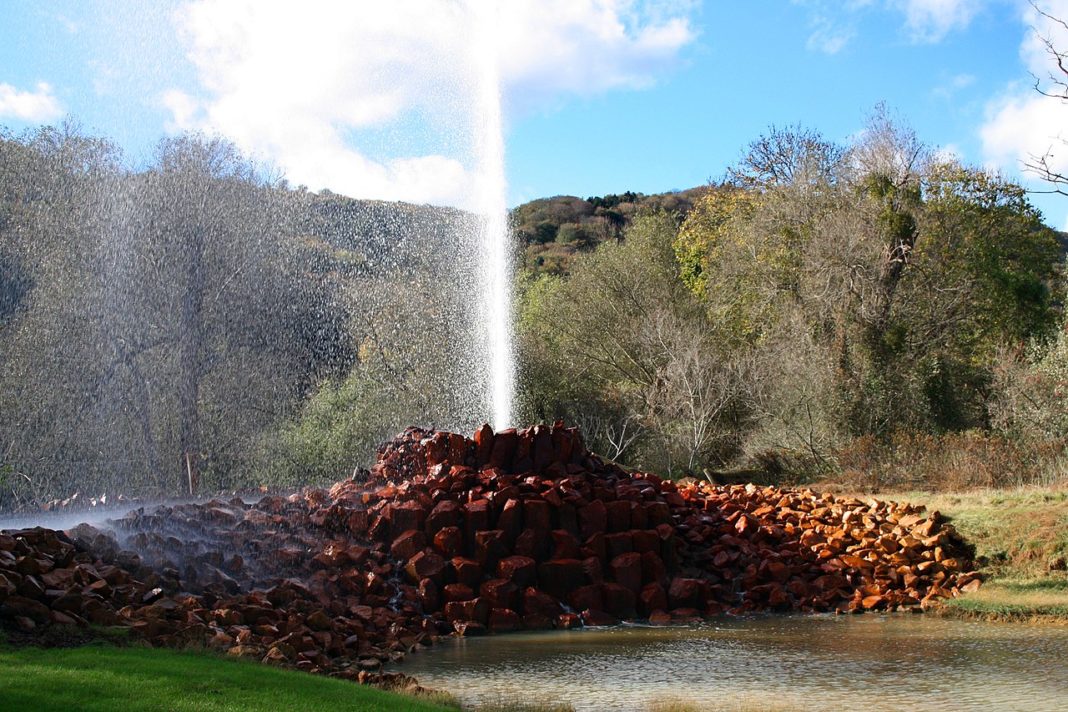 The Vulkanland Eifel Geopark (German: Geopark Vulkanland Eifel) is a German national geopark in the Volcanic Eifel region that was established on 19 April 2005. Covering an area of 2,200 km², the geopark extends from the Belgian border in the west over the Eifel Mountains to the River Rhine in the east. The countryside here which has been shaped by the volcanism of the past contains numerous maars, cinder cones, lava flows lava domes calderas, and bubbling springs. 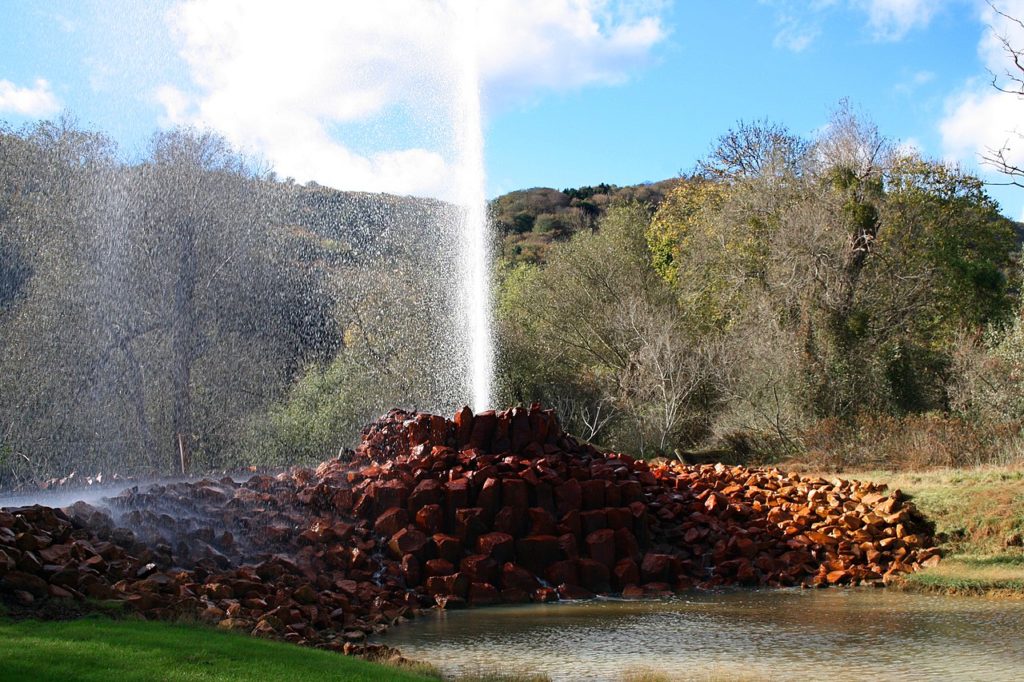 Cold-water geysers have eruptions similar to those of hot-water geysers, except that CO2 bubbles drive the eruption instead of steam from the proximity to magma. In cold-water geysers, CO2-laden water lies in a confined aquifer, in which water and CO2 are trapped by less permeable overlying strata.

Today, the geyser is fed from a 350-meter-deep artesian well. Since 7 July 2006, the geyser has erupted regularly. At night it is closed with a valve for safety reasons, but it is allowed to erupt during the day. Access to the nature reserve used to be possible in only a few guided boat trips, booked in advance, on certain summer weekends. In the summer of 2008, 33 boat tours were operated. A much wider tourist attraction was established with the opening of the Andernach Geyser Adventure Centre (Erlebniszentrum Geysir Andernach) on 29 May 2009 with a trip to the geyser in the river cruiser and ferry, Namedy. The boat was christened during the celebrations.