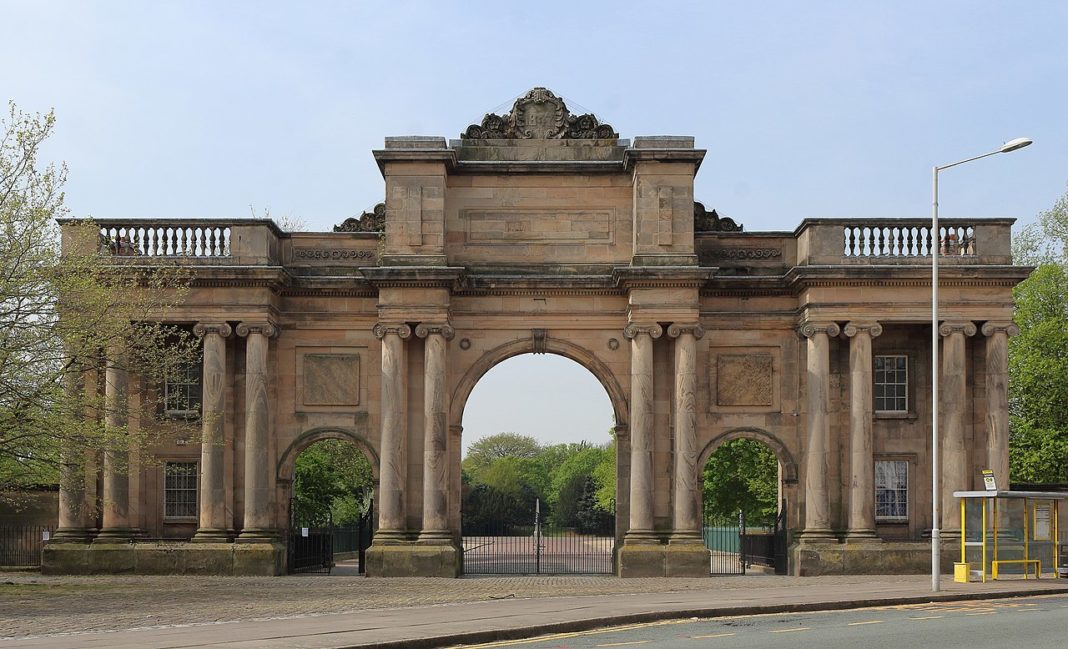 Birkenhead Park is a major public park located in the center of Birkenhead, Merseyside, England. It was designed by Joseph Paxton and opened on 5 April 1847. It is generally acknowledged as the first publicly funded civic park in the world. The park was designated a conservation area in 1977 and declared a Grade I listed landscape by English Heritage in 1995. The park influenced the design of Central Park in New York and Sefton Park in Liverpool. 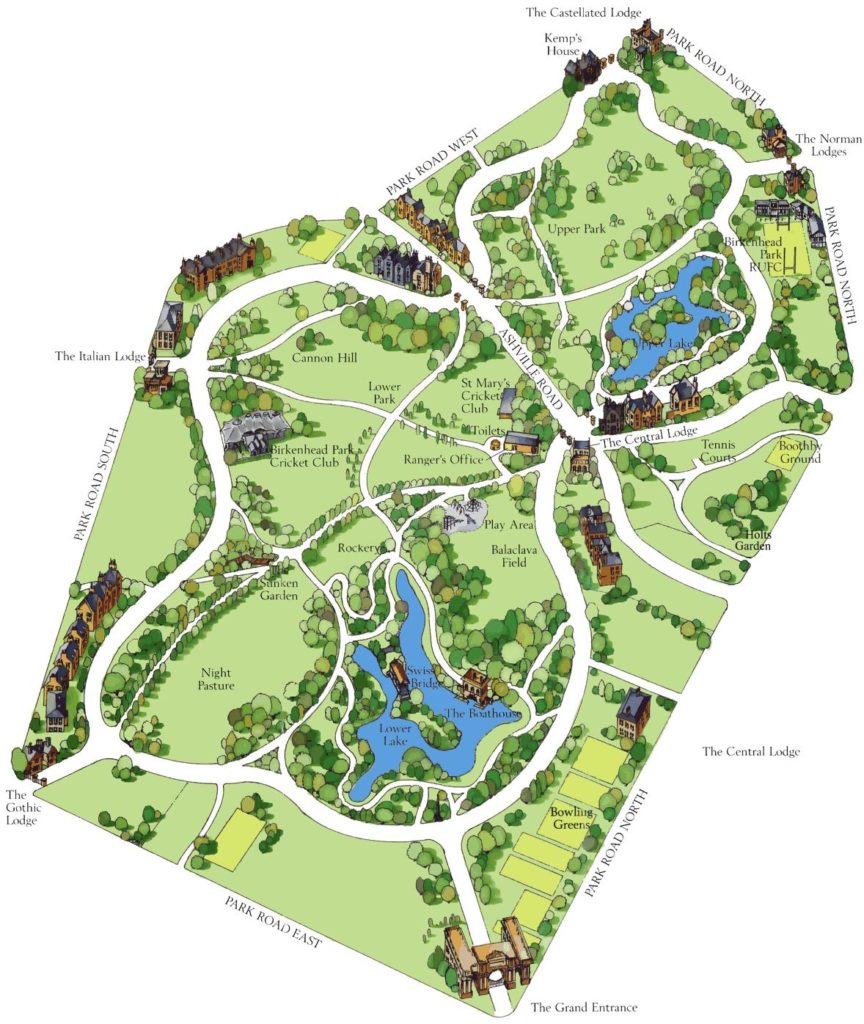 In 1841 an Improvement Commission within Birkenhead’s local government proposed the idea of a municipal park. A Private Act of Parliament allowed it to use public money to buy 91 ha of marshy grazing land on the western edge of Birkenhead. Plots of land on the edge of the proposed park were then sold off in order to finance its construction. The park plan was designed by Joseph Paxton and the building was supervised by Edward Kemp because both had previously worked on redesigning the gardens at Chatsworth House. 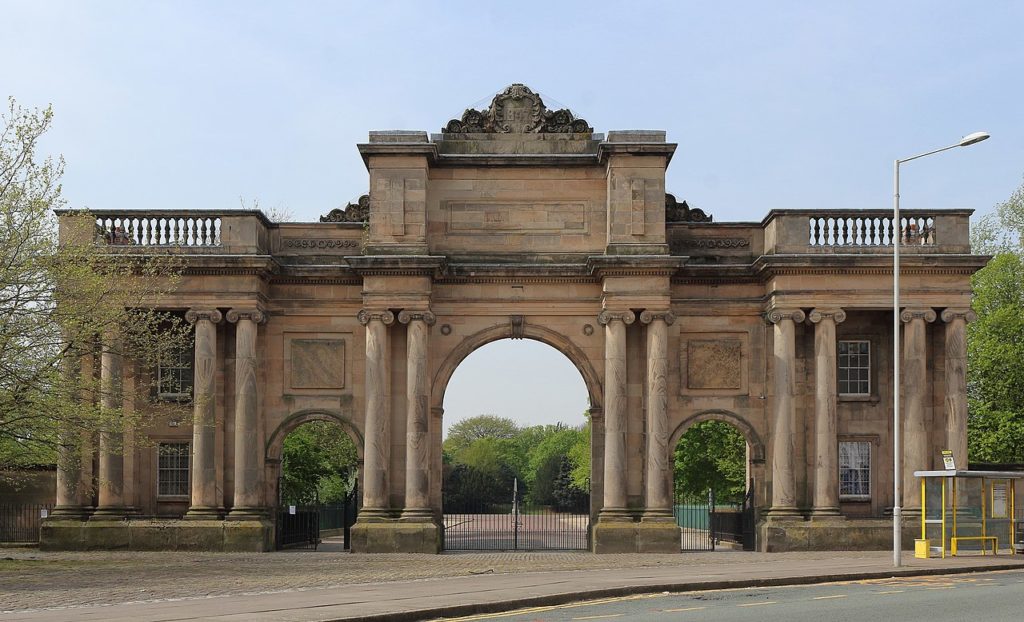 The park contains many listed buildings. The Grand Entrance was designed by Lewis Hornblower and is at the northeast corner; it consists of three arches flanked by lodges and is in the Ionic style. The Swiss Bridge, a pedestrian span of stringer construction, is unique as being the only covered bridge of traditional wooden construction in the United Kingdom. There is also a Pavilion called the Roman Boathouse standing by the lake in the park, the upper storey of which was originally intended to be a bandstand. There are many historic-listed lodges of various designs within the grounds of the park. 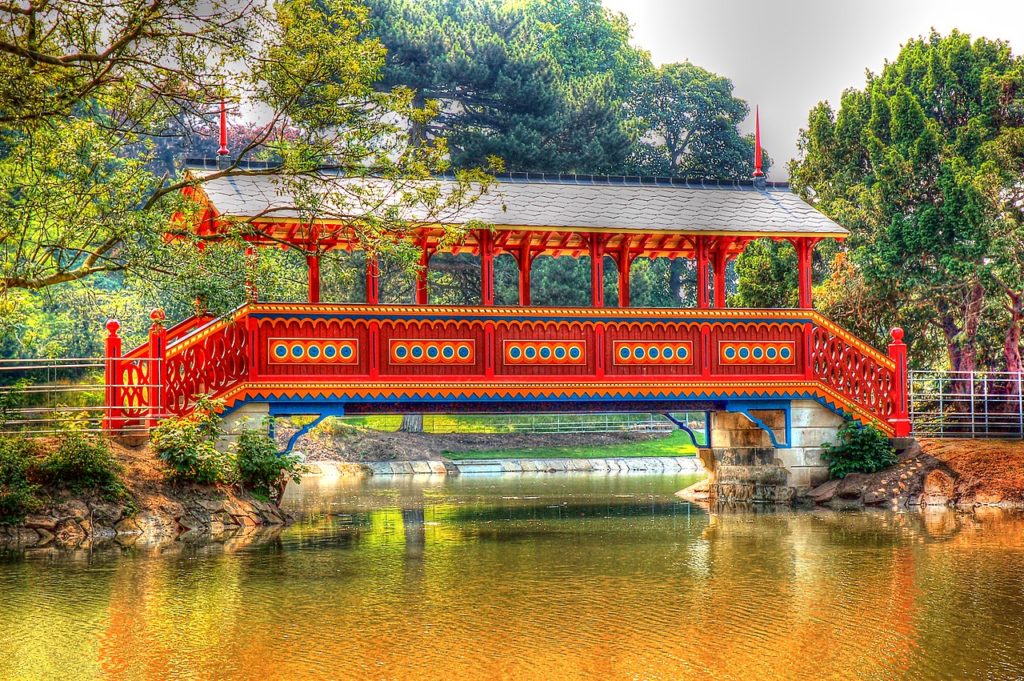