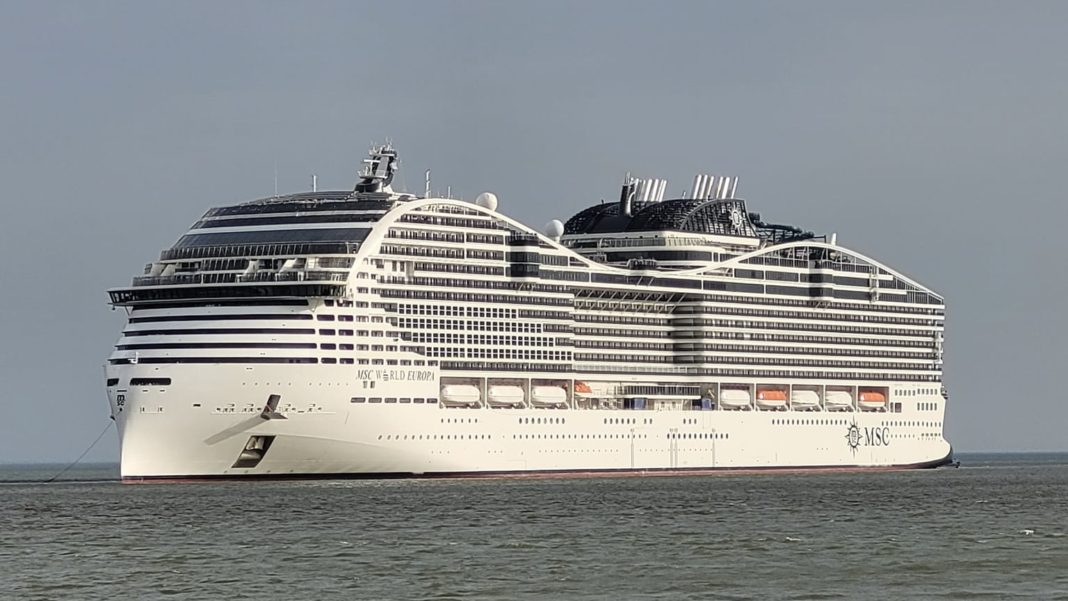 MSC World Europa is a World-class cruise ship currently under construction for MSC Cruises at the Chantiers de l’Atlantique shipyard in Saint-Nazaire, France. Set to be delivered and commence operations in 2022, she will become MSC’s first World-class ship and be joined by three sister ships in 2024, 2025, and 2027, respectively.

On 31 October 2019, MSC revealed the name of the first World-class ship MSC Europa and held the ship’s steel-cutting ceremony at Chantiers de l’Atlantique, inaugurating the construction of the new ship. On 29 June 2020, MSC held the keel-laying ceremony for the ship renamed MSC World Europa, in which two coins were placed under the keel for good luck. In June 2021 she was relocated to a drydock towards the sea. MSC World Europa was floated out in December 2021 and completed her first sea trials using LNG in the Atlantic in June 2022.

The vessel is 215,863 gross tons, and although this is just smaller than Royal Caribbean’s Oasis-class ships and the new Icon of the Seas, she is the biggest LNG-powered cruise ship around today. 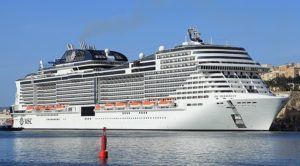 As MSC World Europa is powered by LNG, it would reportedly allow her to sail with a 99% decrease in sulfur dioxide emissions, an 85% decrease in nitric oxide emissions, and a 20% decrease in carbon dioxide emissions, when compared with non-LNG-powered ships. She will also become the world’s first ship to implement an LNG-powered fuel cell. The 50-kilowatt fuel cell demonstrator aboard the ship will incorporate solid oxide fuel cell (SOFC) technology and use LNG to produce onboard electricity and heat and reportedly further reduce greenhouse gas emissions by 30% when compared with ships powered by conventional LNG engines.