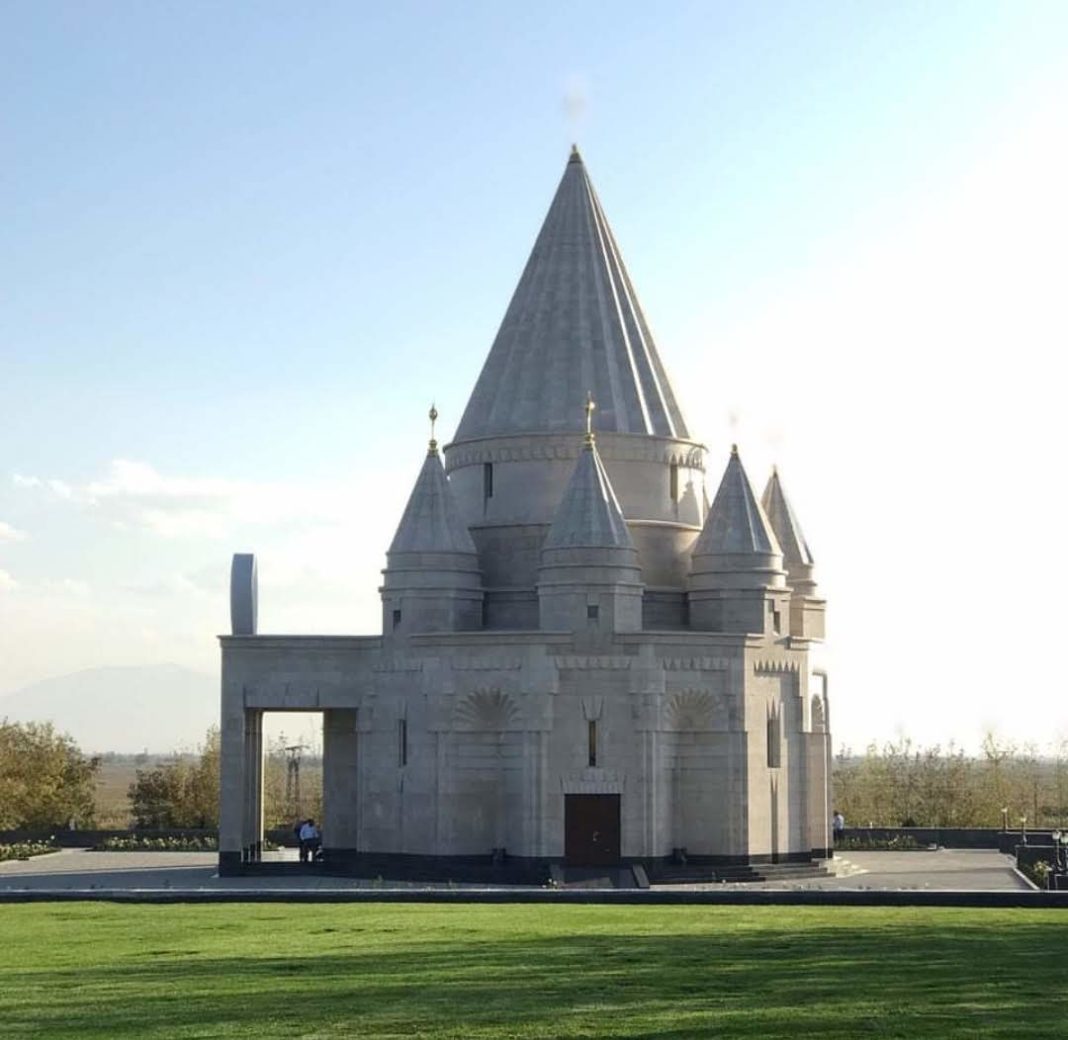 Yazidism, alternatively Sharfadin, is a monotheistic ethnic religion that has roots in a western Iranic pre-Zoroastrian religion directly derived from the Indo-Iranian tradition. It is followed by the mainly Kurmanji-speaking Yazidis and is based on belief in one God who created the world and entrusted it into the care of seven Holy Beings, known as Angels. Yazidis are one of the largest ethnic minorities in Armenia, practicing an ancient, monotheistic belief that has similarities to Christianity, Hinduism, Judaism, Sufism, and Zoroastrianism along with elements of sun worship. 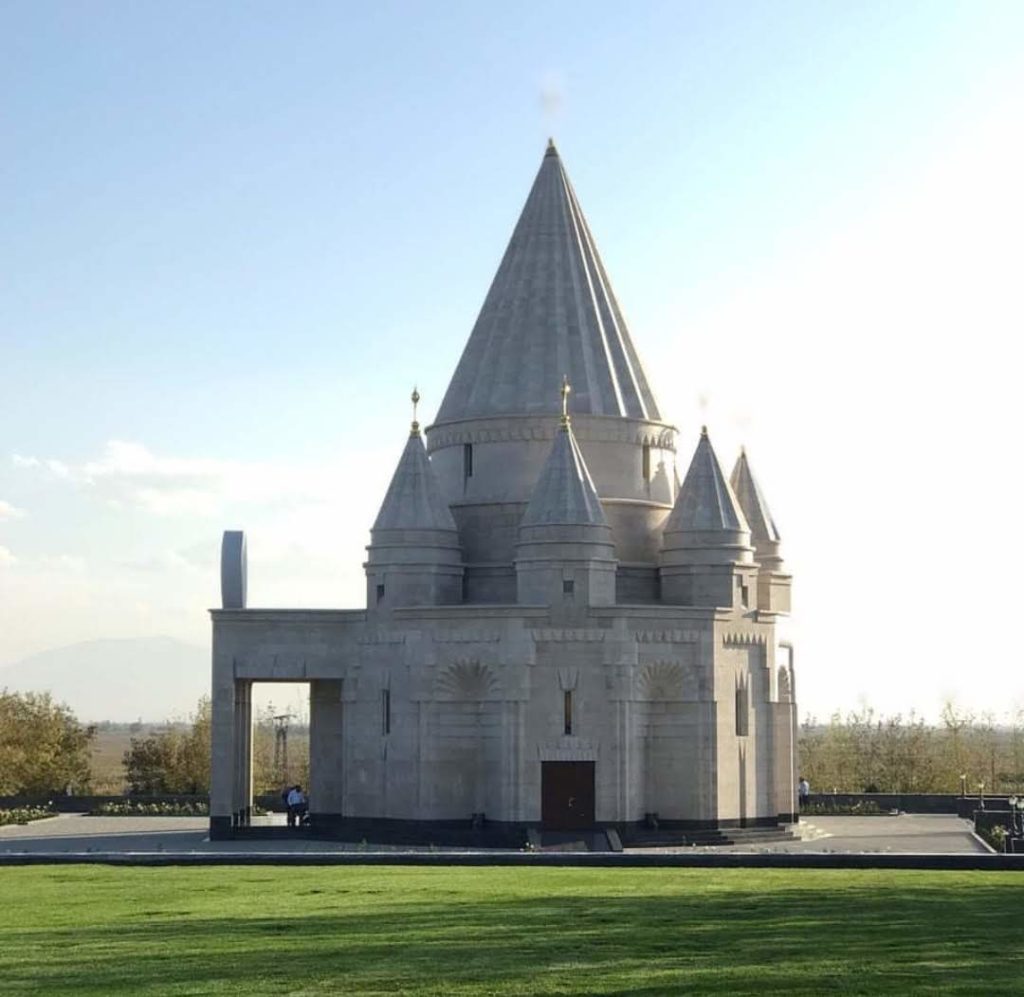 The temple is 25 meters high and consists of seven domes surrounding a central, arched roof, and houses a seminary and museum. The temple is dedicated to the angel Melek Taus and the Seven Angels of Yazidi theology. The highest dome and the other seven surrounding ones symbolize the angels and are adorned with golden suns.

The design is heavily inspired by Lalish in northern Iraq, the holiest temple of the Yazidis and a site of pilgrimage. Adjacent to the temple is a Yazidi cemetery. In a statue park opposite the temple are a statue of Nobel Prize winner Nadia Murad, a statue honoring Andranik Ozanian, an Armenian military commander who fought the Ottomans in the late 1880s, and an Armenian apostolic cross intertwined with the Yazidi sun, signifying religious harmony.

The temple was opened in September 2019 and the opening ceremony was attended by the Deputy Prime Minister of Armenia and other Armenian officials.