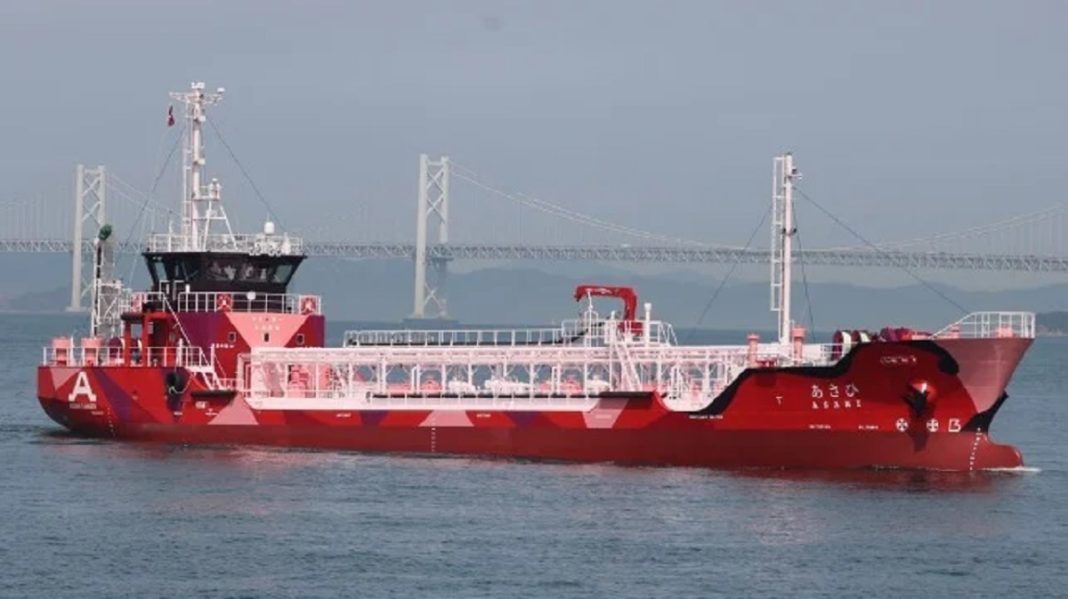 The 492-ton vessel is powered entirely by large-capacity lithium-ion batteries making it carbon-free in its operations. The vessel, Asahi operated by Asahi Tankers, is in commercial service but also is viewed as a demonstration ship contributing to the development of battery-powered vessels. 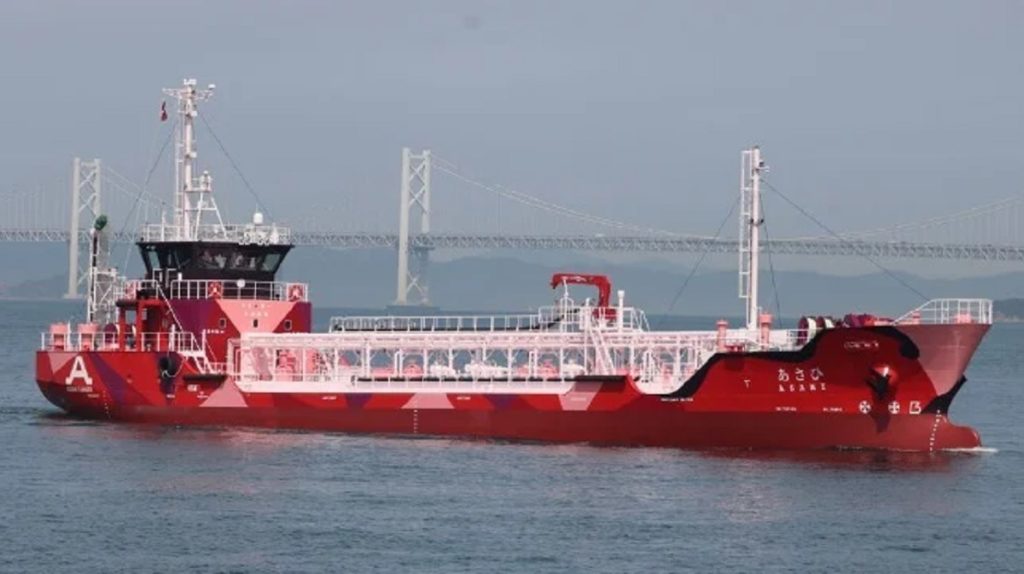 Asahi vessel was launched in December 2021 by Japanese shipbuilder Koa Sangyo and delivered to its owners Asahi Tankers on March 30.

Measuring 203 feet in length and with a 34-foot beam, the tanker has a capacity to transport 1,277 cbm of fuel providing bunkering operations in Tokyo Bay. The power for the vessel is stored in a lithium-ion battery developed by Corvus Energy with the propulsion system built by Kawasaki. They reported that the battery has a capacity of 3,480 kWh providing all the power needed for navigation, berthing, and cargo handling. The ship is propelled by two 300kw azimuth thrusters and also has two 68kw side thrusters. The tanker has an operating speed of about 10 knots and a range of approximately 100 miles. It will require about 10 hours to fully recharge the batteries.

The vessel drew large crowds of spectators along with industry officials who inspected her during her previews last week. In addition to the zero-emission operations, Asahi reports that the tanker provides a more comfortable work environment with less noise and vibration than traditional vessels. They also expect that there will be reduced requirements for engine maintenance.