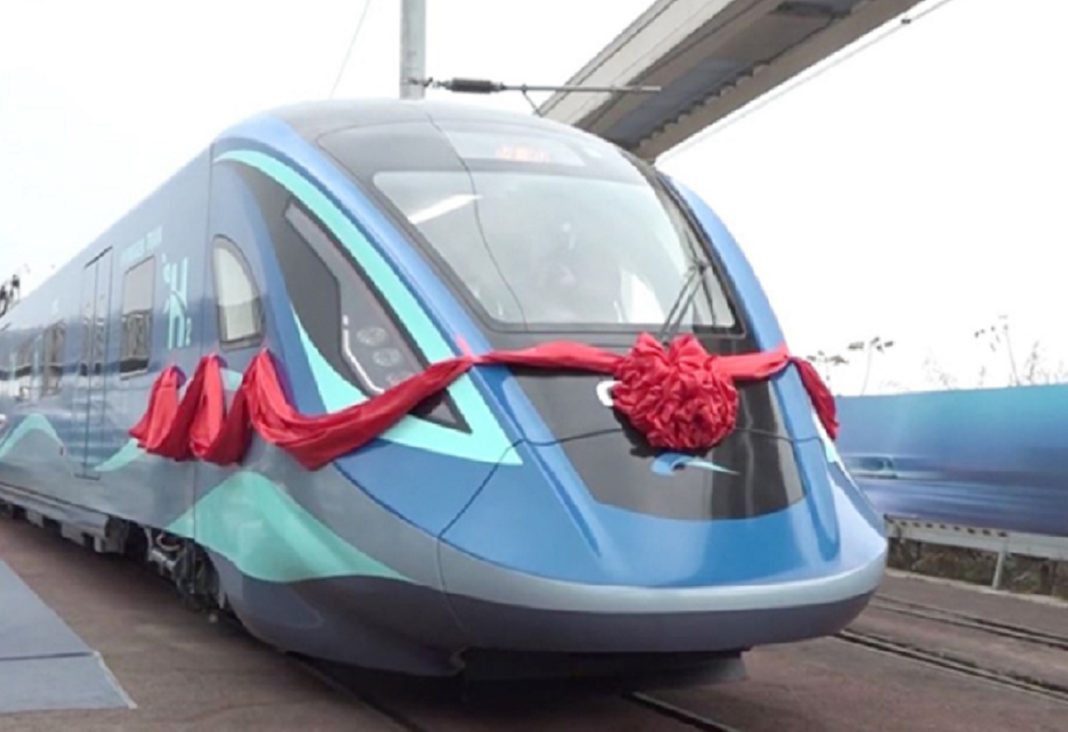 The train adopted the key core technology of the Fuxing bullet train, with a maximum speed of 160 kilometers per hour.

The train has a built-in “hydrogen power” system, which provides a strong and durable power source that can achieve a long battery life of 600 kilometers, according to Chengdu Daily. 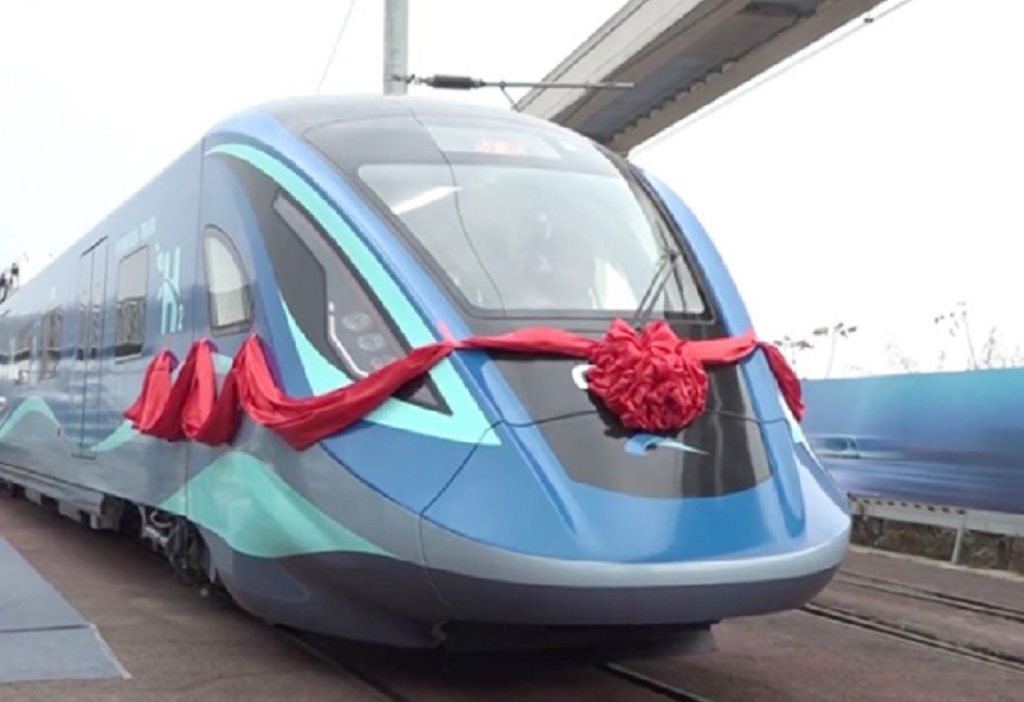 Hydrogen energy is a clean, zero-carbon renewable energy, and it is an important new-energy choice to promote the “dual carbon” strategy.

The hydrogen-energy city train adopted an energy supply mode that combines hydrogen fuel cells and supercapacitors to replace the original catenary power supply system. The energy is generated by the electrochemical reaction of hydrogen and oxygen in the hydrogen fuel cell, and the reaction product is only water without any nitrogen and sulfur byproducts, and the reaction process is stable and the noise is low, said the report.

A train of hydrogen-energy cars with a speed of 160 kilometers per hour can run 500 kilometers back and forth in a day, which can reduce carbon dioxide emissions by more than 10,000 kilograms per year, the report said, citing experts.

In addition, due to getting rid of the shackles of catenary operating conditions, the train can be widely used in existing non-electrified line sections, greatly increasing the application scope of urban vehicles, while avoiding the huge infrastructure investment and maintenance costs brought about by electrification transformation efforts.

China has an ambitious plan to promote the development of the hydrogen-energy industry. By 2025, the country will have about 50,000 hydrogen fuel-cell vehicles and its annual hydrogen production from renewable energy will reach 100,000 to 200,000 tons, according to the plan jointly released by the National Development and Reform Commission, and the National Energy Administration (NEA) in March of this year.

Data from the NEA showed that China had over 270 hydrogen refueling stations by the end of June, which is quite a small network compared with the country’s extensive presence of charging facilities for electric vehicles.

In June, the Chinese truck maker FAW Jiefang shipped 300 hydrogen fuel-cell vehicles from Northeast China’s Jilin Province and delivered them to customers in Beijing, Shanghai, Shanxi, and other places. These vehicles have covered application scenarios including logistics and city construction, according to the company’s official website.