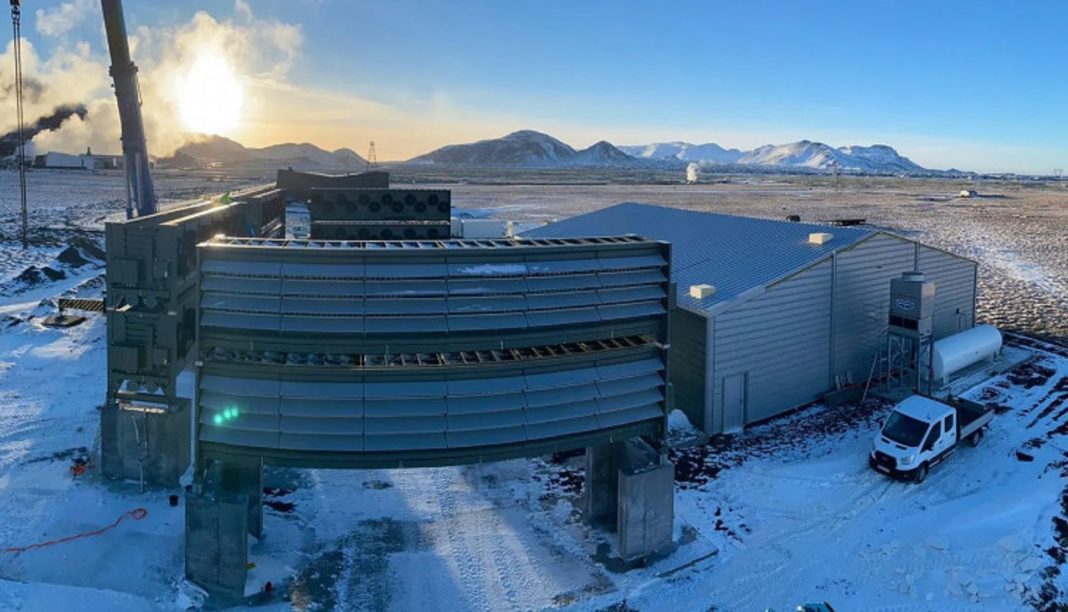 Swiss start-up Climeworks has teamed up with Carbfix, an Icelandic carbon storage company, to develop a plant that sucks out up to 4,000 tons/year of carbon dioxide. And now, this machine, which is the world’s largest plant that sucks carbon dioxide directly from the air and stores it underground, begins operating on Wednesday, September 8 in Iceland, according to a press release.

The Orca plant, named after the Icelandic word for energy, will reduce emissions by around equivalent to 870 car per year. Orca is made up of eight enormous containers that resemble those used in the shipping sector, removing carbon dioxide using high-tech filters and fans.

With an annual capture capacity of 500 tons each, they filter out the CO2, mix it with water, and pump it into deep underground wells. Then, after a few years, it turns to stone, thus removing it from the atmosphere.

Climeworks state its technologies are powered by renewable energy sourced from a nearby geothermal power plant, which is extremely important since the technology would be rather pointless otherwise.

The news of the launch comes following a $10 million contract with reinsurance giant Swiss Re last week. With this contract, the insurance company bought an undisclosed amount of carbon offset credits to offset its own emissions, and while Climeworks hasn’t revealed its price per ton, Swiss Re stated it’s “several hundred dollars.”

While direct air capture is still a new and rather expensive technology, many businesses looking to minimize and offset their carbon footprint are investing in it. While planting trees is the simplest and lowest-cost way to remove carbon from the atmosphere, these big CO2-sucking machines and storage projects, together with other greenhouse gas mitigation projects, can help to brighten our world’s atmosphere’s future.