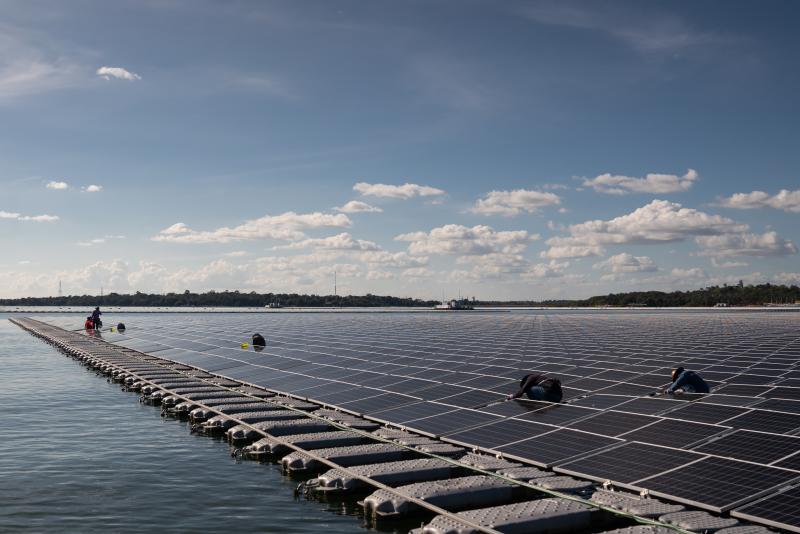 The floating solar farm at the Sirindhorn Dam that’s equivalent to about 70 footbal fields in size has begun generating power in Ubon Ratchatani, reflecting the country’s push to achieve carbon-neutral status by 2050. 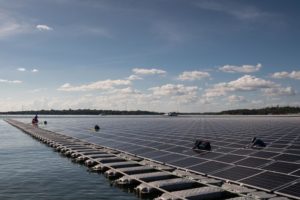 The facility in Sirindhorn reservoir, about 660 kilometres east of Bangkok, is the world’s largest hydro-floating solar hybrid system, which combines two methods of electricity generation, according to state-run Electricity Generating Authority of Thailand. While 145,000 solar panels harness power from the sun during the day, three turbines convert energy from flowing water at night.

The $34 million solar farm, which joined the grid on Oct 31, is the first of 16 projects planned in key Thai reservoirs, with a combined capacity of 2.7 gigawatts. It’s part of the country’s push for more renewable energy sources to reduce its reliance on natural gas, which is currently the biggest source for electricity generation.

The country has set a goal to reduce all greenhouse-gas emissions to net zero by 2065.