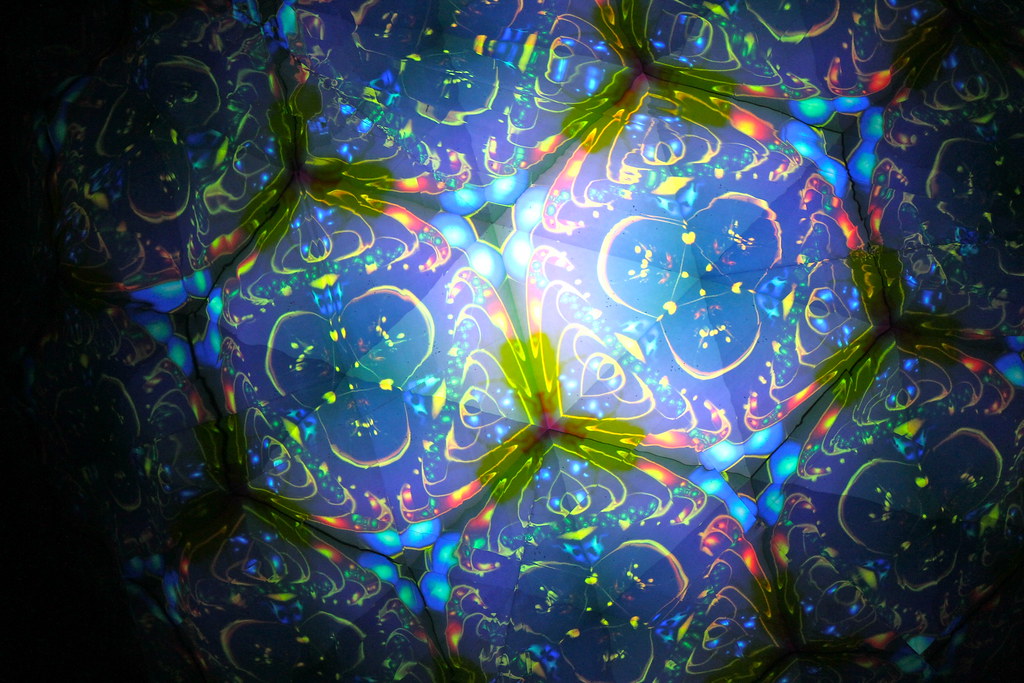 Stage architecture studio Stufish has built what it says is the world’s largest kaleidoscope – a mirrored installation that shows ever-shifting images of Saudi Arabia.

Measuring 40 metres long and 6 metres high, Stufish’s kaleidoscope was installed at the 2022 LEAP technology conference in Riyadh and provided guests with a walk-through, immersive experience. According to the studio, it is “the world’s largest of its kind.”

Titled LEAPscape, the kaleidoscope was made of LED tiles and tensioned mirror foil. The mirror foil – a Showtex product called GiantMirror – allowed Stufish to produce a totally seamless and warp-less finish, with no visual interruptions to the viewer’s experience.

On the LED tiles, Stufish screened a presentation made up of scenes of Saudi Arabia’s natural environment, with imagery stretching from beneath the sea to the skies above the Arabian Peninsula. The imagery is layered with digital effects and reflects off the mirrors to produce a kaleidoscope effect.

Stufish partner Maciej Woroniecki told Dezeen that the visualization had to be carefully developed to achieve the desired effect.

“We developed the kaleidoscope utilizing 3ds Max software and virtual-reality headsets in order to verify the effect internally but also to produce the content and ensure the patterns are effective, the transitions are fluid and that the changes to the environment are not so aggressive as to make one sick,” he said.

The designers tried to alter the scale of the environmental imagery often enough to allow visitors to “have a breather” in their experience.

“The sensations one feels between different scenes within the kaleidoscope is like stepping from one room into another – some are fully immersive and displace you from a position of stability, while others allow you to re-centre and recognize the confines of the space,” said Woroniecki.

Stufish’s kaleidoscope features LED tiles on its floor and end wall, with the mirror foil forming the rest of the space.

Triangular entry and exit openings at either end allow visitors to enter, and have been carefully placed so as not to disrupt the visual experience of the installation.

Woroniecki said the kaleidoscope demonstrated how much could be achieved using very little. Because it is made with mirror foil rather than fabricated elements in glass or steel, the installation is light, weighing just 15 kilograms.

“This size was the minimal scale at which an installation like this could be impactful,” said Woroniecki. “Anything smaller and the power of the changing content diminishes.”

“The scale is also a signifier of what can be achieved when design utilises the right material in the right way.”

Stufish has created further mirror-based installations that it hopes to unveil in the coming year.

The studio brands itself as an “entertainment architecture” practice and is best known for creating set designs for arena concerts by the likes of The Rolling Stones and U2.

It has previously designed the circus-tent-like golden Chimelong Theatre in China and its mass timber temporary venue for ABBA’s virtual Voyage tour is currently nearing completion in the UK.

According to dezeen.com. Source of photo: internet