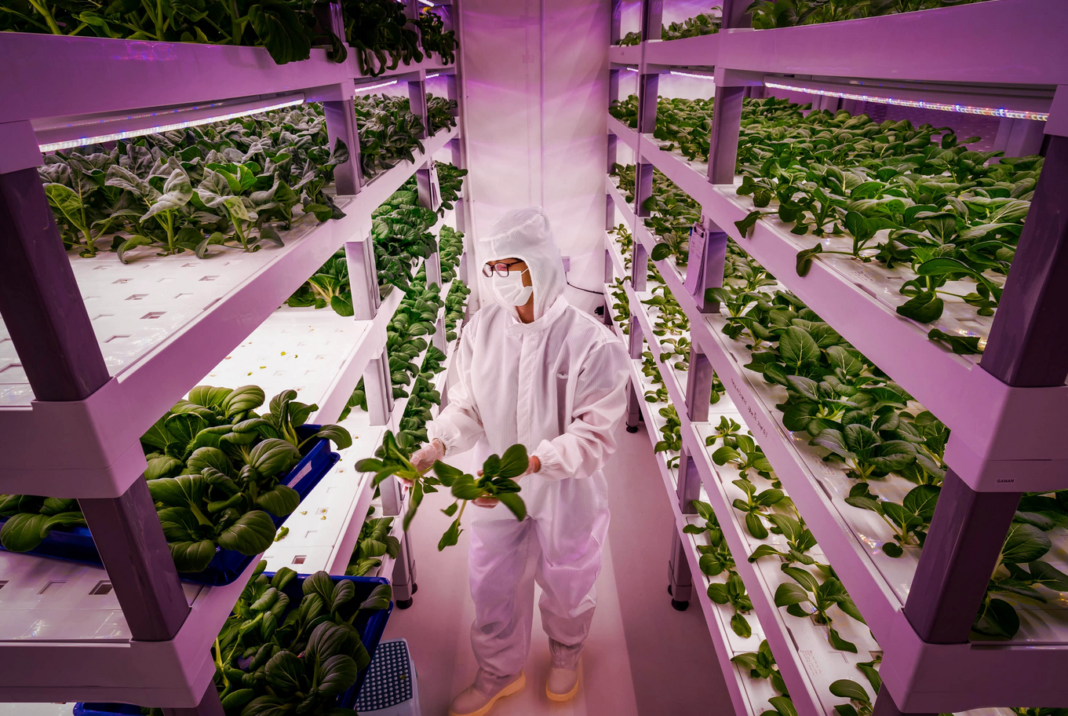 British retailers already get almost a third of their fresh basil from the team at Jones Food Company (JFC). It is grown, alongside other leafy greens, at Europe’s largest vertical farm in Lincolnshire, England.

But now they are experimenting with growing soft fruits, flowers, vegetables, and even vines on a commercial scale. A state-of-the-art innovation center has just opened near the city of Bristol where researchers are working to make these ideas a reality in the next 10 years.

The company wants to eliminate the need to import these products. In 2020, nearly half of all food consumed in the UK was brought in from overseas, according to the government.

The multi-million-pound facility will have more than 13,500 square meters of growing space – the equivalent of 96 tennis courts stacked on top of each other. It is set to open in autumn this year. With development moving relatively quickly, it could mean British strawberries at Christmas before we know it.

JFC says vertical farms use less fertilizer than outdoor operations as it is recycled through the farm’s water system if the plants don’t absorb it. There’s also no risk of fertilizers running off of fields and polluting water sources.

The company adds that this innovative food growing setup can be powered with 100 percent green energy, uses 95 percent less water, and reduces the air miles attached to our food.