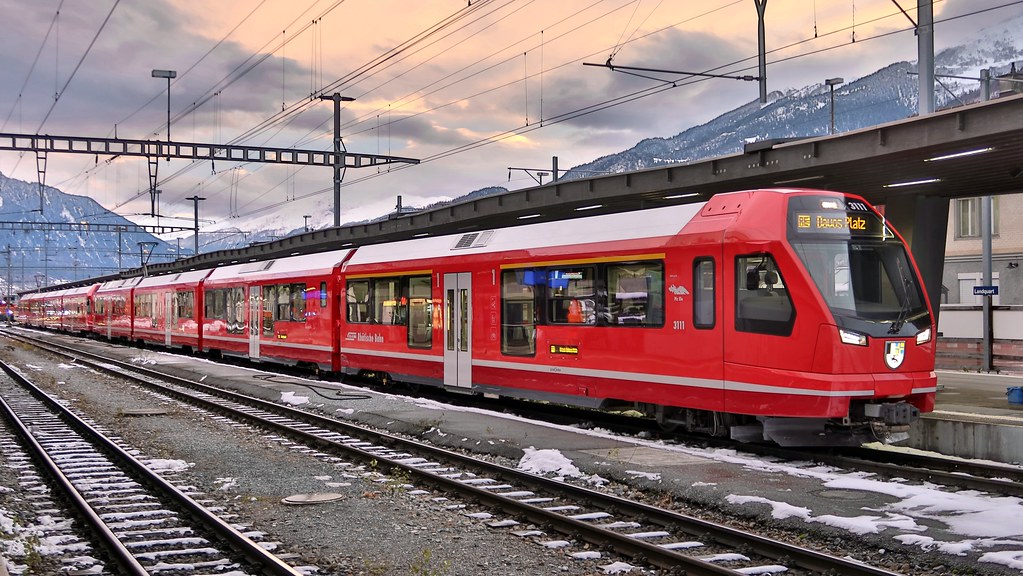 Swiss transport company, the Rhaetian Railway, announced on Saturday that it had broken the world record by deploying the longest passenger train. The RhB achieved the feat during the event marking the 175th anniversary of the commencement of the domestic railway system of Switzerland.

The Rhaetian Railway deployed a train 1,906 meters in length, with 100 wagons and 25 four-car Capricorn EMUs, which travelled through the Albula Valley in Grisons Alps, according to reports.

The train ran through the UNESCO World Heritage Site for 24.9 kilometres. According to the International Rail Journal, the Rhaetian Railway spent eight months preparing for the event. The train weighed a colossal 2990 tons and maintained an average speed of 30-35 km per hour.

Thousands of spectators gathered at the festival organized in the mountain valley to witness the historical moment and the train negotiating through the sharp curves in the Alps.
The train navigated a harrowing descent from Preda to Alvaneau of 789.4 meters. The train began its journey from Preda at 2.20 pm local time and reached its destination, Landwasser Viaduct, at 3.30 pm.

The festival also celebrated engineering achievements and scenic marvels of the Albula Valley, the World Heritage train route. Director of the Rhaetian Railway, Renato Fasciati, said they were overjoyed to set the world record. Fasciati added that they were able to organize the fantastic festival in Bergün and presented fascinating and innovative mountain railway engineering simultaneously.

According to economictimes.indiatimes.com. Source of photos: internet