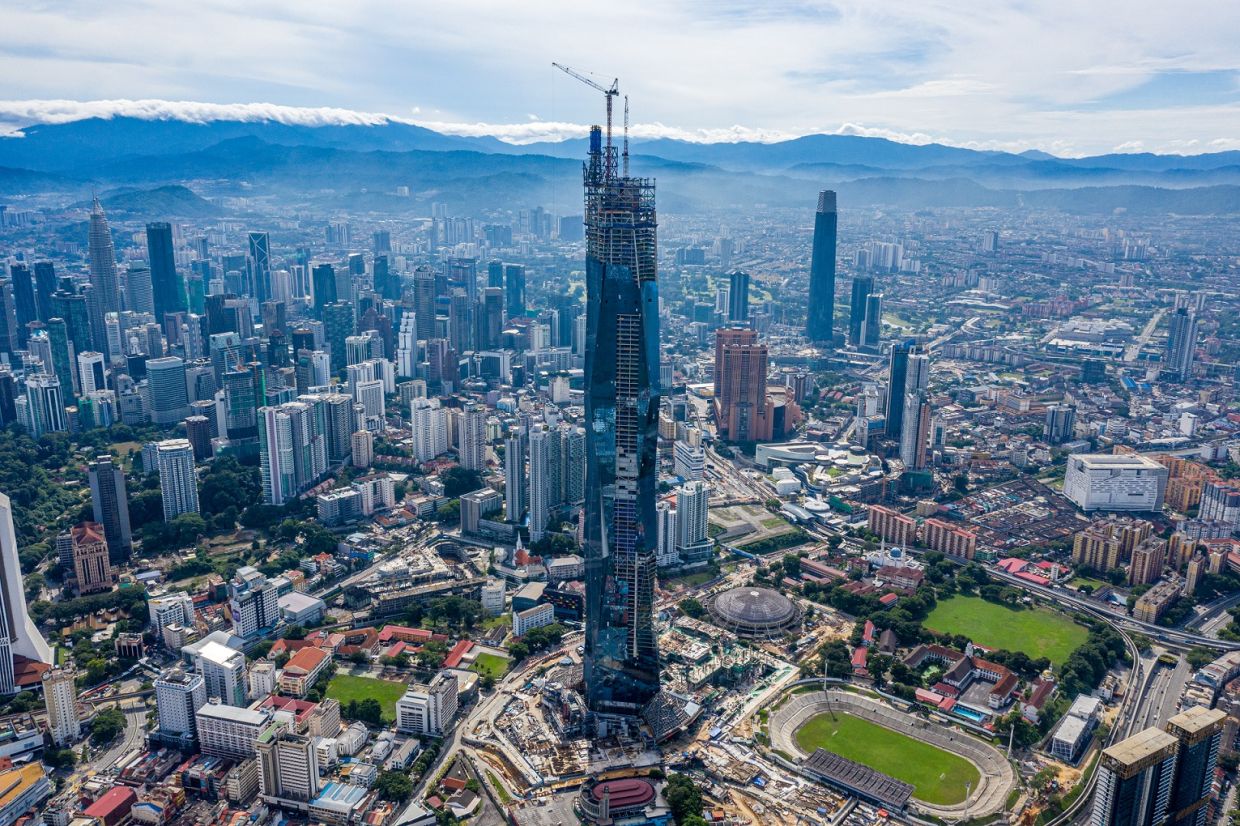 Five years after construction started, the tower’s final silhouette is revealed with the completion of the spire, redefining the city’s skyline currently dominated by the Petronas Towers and the Kuala Lumpur Tower. 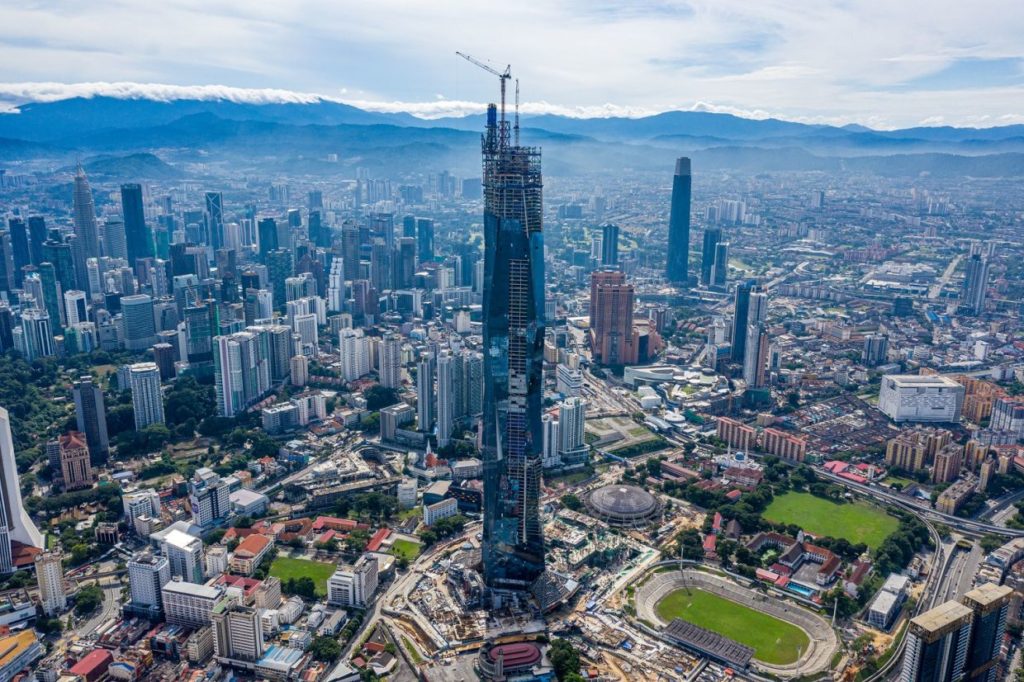 Set to become the world’s second tallest building upon its completion next year, Merdeka 118 now stands higher than China’s 2,073-foot Shanghai Tower and is dwarfed only by the Burj Khalifa in Dubai.
Designed by Australian firm Fender Katsalidis, the project features a triangular faceted glass façade inspired by patterns found in Malaysian art and, together with the surrounding park designed by Sasaki, creates a new layer of the city’s identity.
Comprising 3.1 million square feet of floor space, more than half of which will be offered as offices, the tower will also house a mall, a mosque, a Park Hyatt hotel and Southeast Asia’s highest observation deck. The wider four-acre site will also contain public spaces and a park at ground level.
Though the building was expected to open this year, work was temporarily halted in March 2020 when the Malaysian government introduced strict lockdown measures to combat the spread of Covid-19.