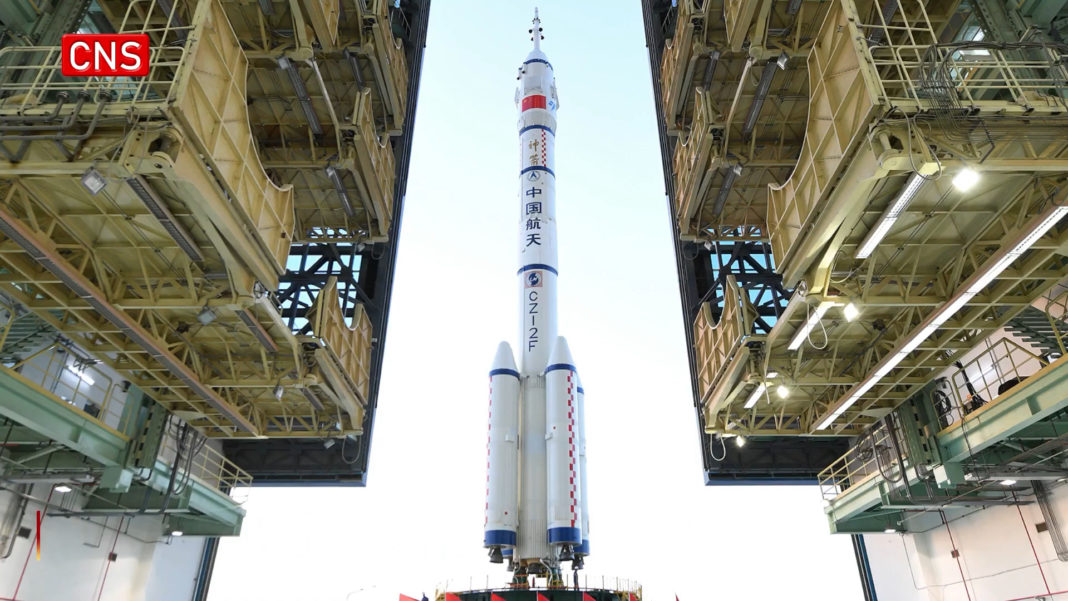 Facebook
Twitter
Pinterest
WhatsApp
Wang Yaping, 41, is part of a three-member team heading for the Tiangong — or Heavenly Palace — space station, where she is expected to become the first Chinese woman to conduct a spacewalk.
China’s aim to complete the station and have it fully crewed by December 2022 is an ambitious target but it appears to be on course. Last month, three other Chinese astronauts successfully completed a three-month stay on board, during which they worked on the station’s core module and conducted two spacewalks to install equipment.
This time, Wang’s team will stay for 183 days — the longest stint in space by Chinese astronauts. She will be accompanied by mission commander Zhai Zhigang, 55, and Ye Guangfu, 41.
Their spacecraft is scheduled to take off from the Gobi Desert in northwest China at 12:23 a.m. Beijing time on Saturday (12:23 p.m. ET Friday), the China Manned Space Program said Thursday.
Preparations for their stay have been long in the making. Last month, a cargo vessel delivered 6 metric tons of food, water, oxygen bottles, spacesuits and other necessities to the station.
It will be Wang’s second space mission. A major in the Chinese People’s Liberation Army Air Force and a transport plane pilot, she was recruited as an aspiring astronaut in 2010.
In 2013, she spent 15 days in orbit with the Shenzhou-10 mission. From a trial space station module, she gave a science lecture to 60 million students across China — showing them surface tension of liquids in space, conducting kung fu moves and answering questions.
In an interview with CNN in 2015, Wang recounted the first moment she looked down on Earth from space.
“When I looked out of the window for the first time, I realized the true meaning of the power of life… that kind of beauty was just beyond comprehension,” she said.
According to Wang, a manned space program without female astronauts would be incomplete.
“It is like a woman’s role in the family. Women have responsibilities. We also make serious missions more lively and pleasant,” she said.
And female crew members bring a practical benefit too, Wang added. “We women astronauts weigh less (than men, and) that’s more economical to the mission.”
Wang is China’s second woman in space, after fellow astronaut Liu Yang. In 2012, Liu made history by joining a three-person crew on the Shenzhou-9 spacecraft — a milestone celebrated by women across China.
Liu’s space mission came 49 years to the day after the Soviet Union put Valentina Tereshkova into space — making her the world’s first female astronaut in outer space.
Female astronauts have come a long way since Tereshkova made that first trip. According to NASA, as of March this year, 65 women have flown in space, including cosmonauts, astronauts, payload specialists and space station participants.
In 1983, astronaut and physicist Sally Ride became the first American women in space — but back then, the male-dominated space industry appeared to be pretty clueless about women’s needs.
As Ride prepared for her trip on the Space Shuttle STS-7, NASA engineers famously asked her how many tampons she might need for a week in orbit.
“Is 100 the right number?” Ride recalled them asking, according to the transcript of a 2012 NASA oral history project.
In a terse reply, she suggested they halve that estimate.
Varsha Jain, gynecologist and researcher at Kings College London, previously told CNN that while most systems in the human body are heavily affected during spaceflight, the female menstrual cycle doesn’t seem to change at all.
Her research found that most female astronauts opt to use contraceptives and put their periods on hold, both in preparation for and during spaceflight.
For missions that last a few weeks, astronauts are able to use oral contraceptives to time their cycles accordingly. But Jain said no research has been done on long-term use of contraceptives in space, for missions that last for months or even years.
According to Chinese state media, among the supplies sent to the Tiangong space station were 60 bottles of toner, 30 bottles of serum and 30 bottles of face cream, as well as feminine hygiene products — all specially prepared for Wang.
According to edition.cnn.com. Source of photo: internet