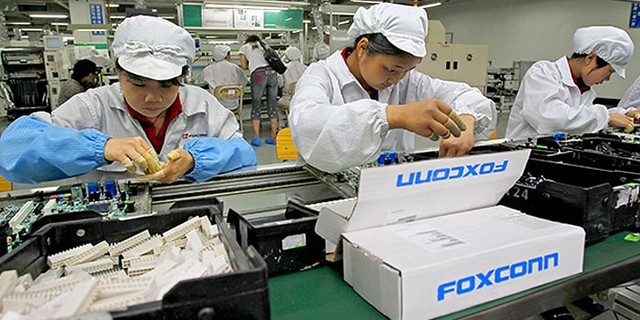 Apple’s new iPhone 13/Pro series will be released in the early hours of Sept. 15, and Foxconn, the phone’s main assembly plant, has continued to raise demand for manpower recently,Taiwan’s Economic Times reported Monday.

Wang Xue, vice president of Foxconn Zhengzhou Technology Park, the world’s biggest iPhone production base, pointed out that up to now, the peak of single-day recruitment has exceeded 10,000 workers, and about 100,000 people have been recruited in total to basically fulfill the stage production requirements.

According to a message released by Foxconn’s Zhengzhou plant at the end of August, the company has completed two-thirds of its manpower needs and is expected to still recruit a large number of employees by the end of September.

The report said that the industry expects that Apple’s new iPhone may be named iPhone 13 and continue last year’s strategy of releasing four models, including iPhone 13, 13 mini, 13 Pro and 13 Pro Max.

With the imminent debut of the new iPhone models, which are expected to be shipped for sale at the end of September, Apple’s major foundries Foxconn and Pegatron are also entering an overtime rush.

Foxconn is still Apple’s largest foundry partner for smartphones this year, supplying about 70% of the iPhone 13, mainly the Pro and other high-end models, as well as more than half of the orders for the iPhone 13.

According to asiantechpress.com. Source of photo: internet