Performing at The Criterion in their hometown on October 12th, The Flaming Lips placed themselves — and all attending fans — inside individual plastic spheres. The concert — which was part live show, part music video shoot — was born out of a sketch doodled by Wayne Coyne during the pandemic’s early days, the frontman told CNN.

“I did a little drawing… where I drew a picture of The Flaming Lips doing a show in 2019. And I’m the only person in the space bubble, and everybody else is just normal,” Coyne told CNN during a phone interview on Friday. “Then (I did another drawing with) The Flaming Lips playing a show in 2020. The exact same scenario, but I’m in a bubble, and so is everybody else.” 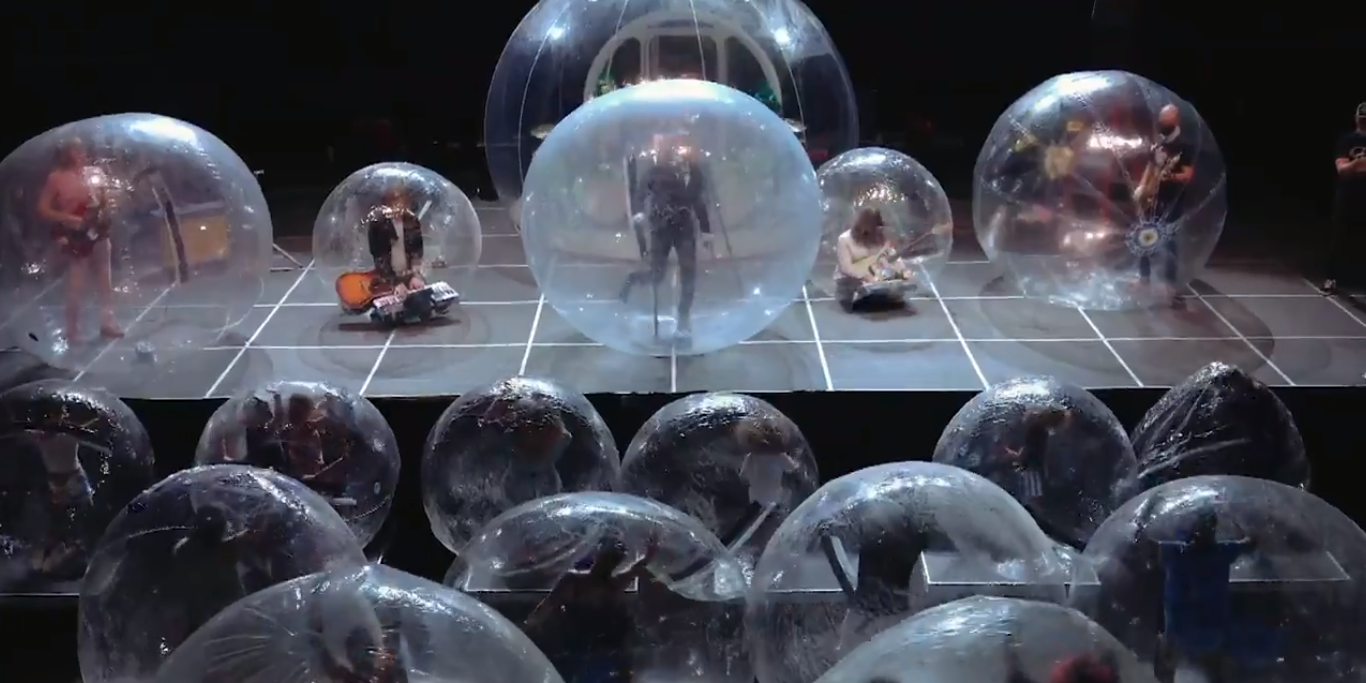 At the time, Coyne says, the idea was more or less a social commentary on the state of the virus, with the thinking that Covid-19 would never linger long enough to see the bubble experiment fully inflate.

The “space bubbles” have long been a part of The Flaming Lips stage shows, so Coyne and company were familiar with a series of inflatable orbs. After setting the specs, the band ordered 100 bubbles from China, and this unique music event – one first drawn up on Coyne’s sketchpad — was ready to pop.

“Since May, the desire to see the live music has just gotten, you know, more, more amplified,” he told CNN, noting that fans interested in test-driving the experience were asked to arrive at The Criterion between 6:30 and 7 p.m. ET.

“Right at a little after six, we already had enough people.”

With a couple of hundred fans floating about, The Flaming Lips performed a dance remix of “Assassins of Youth” and “Brother Eye,” a pair of tracks from their latest LP, “American Head.”

“I like the way this looks because you can get as excited as you want, you can scream as much as you want, you just can’t infect the person next to you, no matter what you forget about, how excited you get,” he said. “That barrier is still there, they’re protected, and you’re protected… that part of it is what we really felt like was the success,” he said. 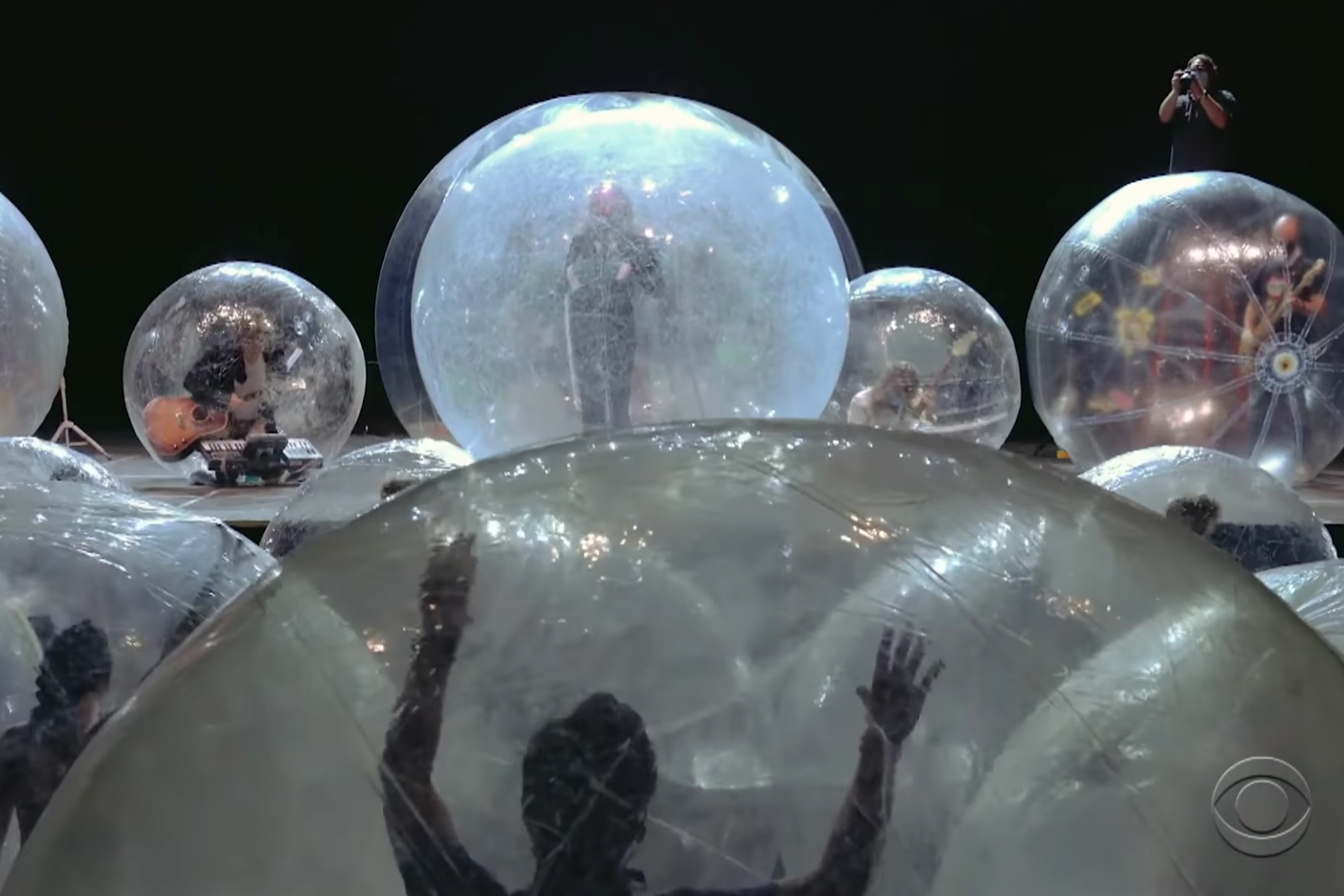 So are bouncing bubbles, with fans and bands equally encased, the future of live music, at least amid this global pandemic?

“I’m willing to do everything I can, you know, to say, I think we could do this, and this would be absolutely safe,” says Coyne, who said that ultimately he’s holding out hope for a vaccine.

“We, as The Flaming Lips, we like the idea that we are doing something different… I think it could be cool. It could be fun. And we could all have a, you know, a crazy unique experience,” he said.

“For the time being.”